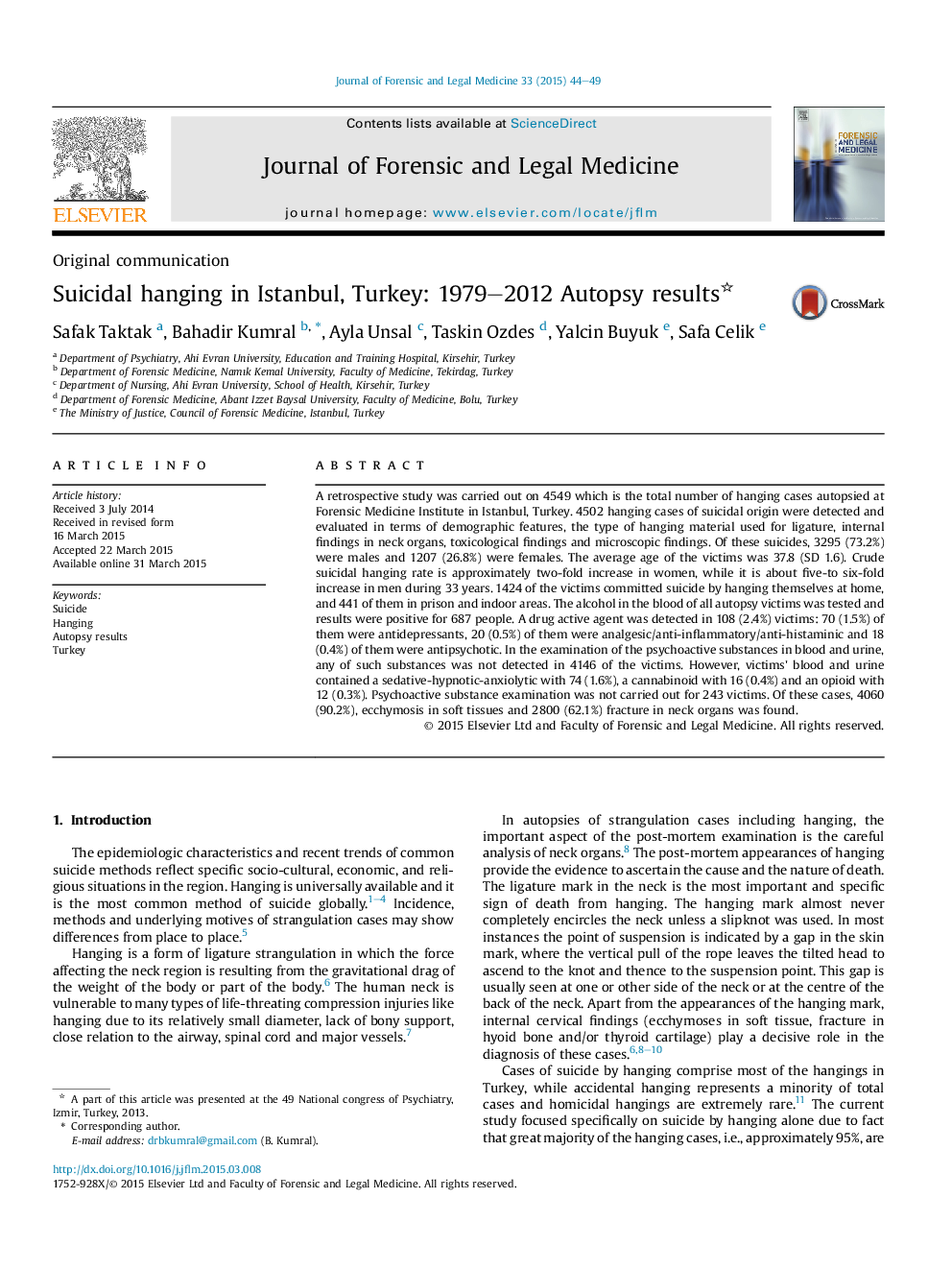 A retrospective study was carried out on 4549 which is the total number of hanging cases autopsied at Forensic Medicine Institute in Istanbul, Turkey. 4502 hanging cases of suicidal origin were detected and evaluated in terms of demographic features, the type of hanging material used for ligature, internal findings in neck organs, toxicological findings and microscopic findings. Of these suicides, 3295 (73.2%) were males and 1207 (26.8%) were females. The average age of the victims was 37.8 (SD 1.6). Crude suicidal hanging rate is approximately two-fold increase in women, while it is about five-to six-fold increase in men during 33 years. 1424 of the victims committed suicide by hanging themselves at home, and 441 of them in prison and indoor areas. The alcohol in the blood of all autopsy victims was tested and results were positive for 687 people. A drug active agent was detected in 108 (2.4%) victims: 70 (1.5%) of them were antidepressants, 20 (0.5%) of them were analgesic/anti-inflammatory/anti-histaminic and 18 (0.4%) of them were antipsychotic. In the examination of the psychoactive substances in blood and urine, any of such substances was not detected in 4146 of the victims. However, victims' blood and urine contained a sedative-hypnotic-anxiolytic with 74 (1.6%), a cannabinoid with 16 (0.4%) and an opioid with 12 (0.3%). Psychoactive substance examination was not carried out for 243 victims. Of these cases, 4060 (90.2%), ecchymosis in soft tissues and 2800 (62.1%) fracture in neck organs was found.