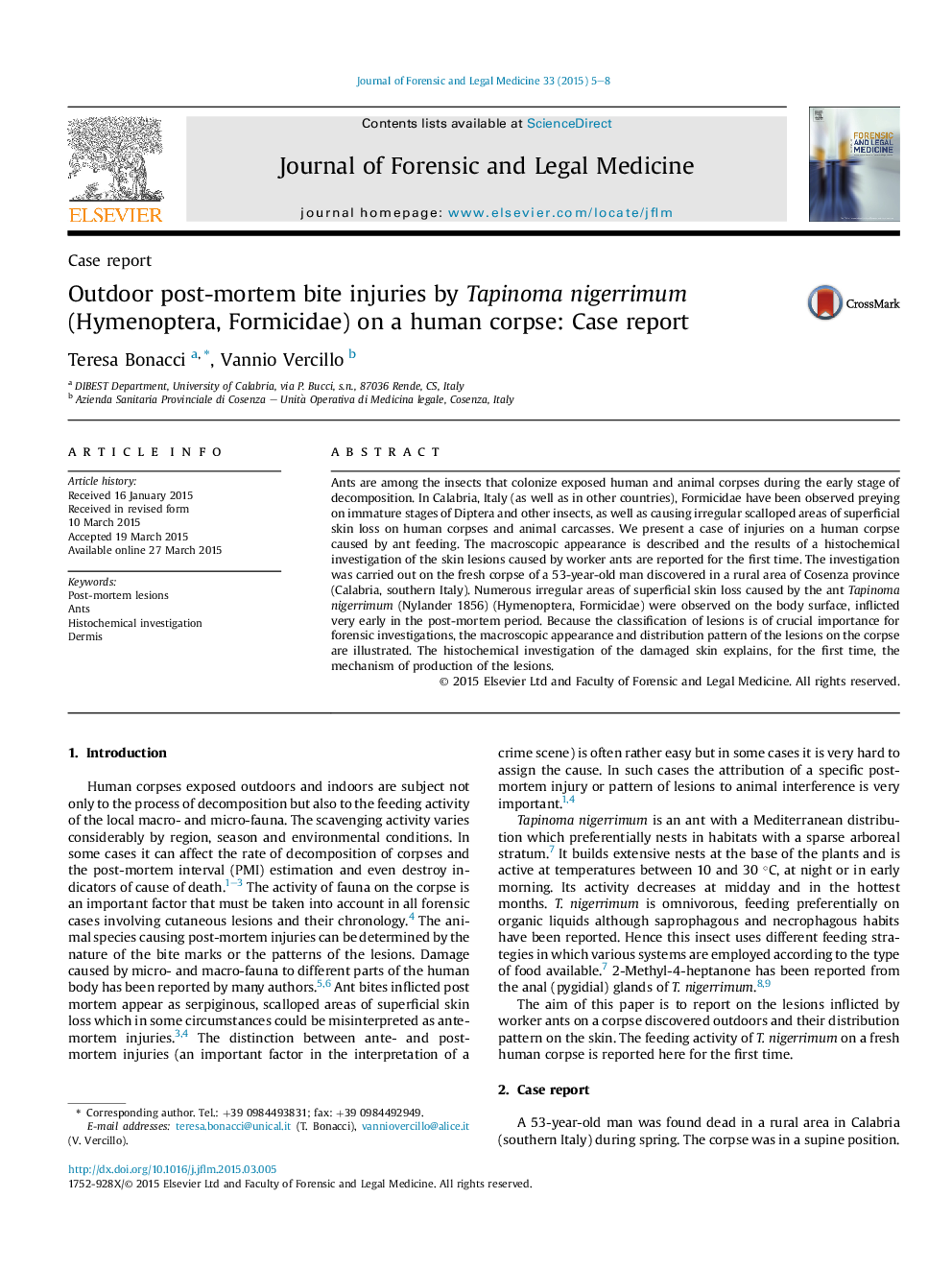 • Investigation of skin lesions caused by ants.
• Report on macroscopic and microscopic alterations of the dermis.
• Evaluation of the factors causing the skin lesions.

Ants are among the insects that colonize exposed human and animal corpses during the early stage of decomposition. In Calabria, Italy (as well as in other countries), Formicidae have been observed preying on immature stages of Diptera and other insects, as well as causing irregular scalloped areas of superficial skin loss on human corpses and animal carcasses. We present a case of injuries on a human corpse caused by ant feeding. The macroscopic appearance is described and the results of a histochemical investigation of the skin lesions caused by worker ants are reported for the first time. The investigation was carried out on the fresh corpse of a 53-year-old man discovered in a rural area of Cosenza province (Calabria, southern Italy). Numerous irregular areas of superficial skin loss caused by the ant Tapinoma nigerrimum (Nylander 1856) (Hymenoptera, Formicidae) were observed on the body surface, inflicted very early in the post-mortem period. Because the classification of lesions is of crucial importance for forensic investigations, the macroscopic appearance and distribution pattern of the lesions on the corpse are illustrated. The histochemical investigation of the damaged skin explains, for the first time, the mechanism of production of the lesions.