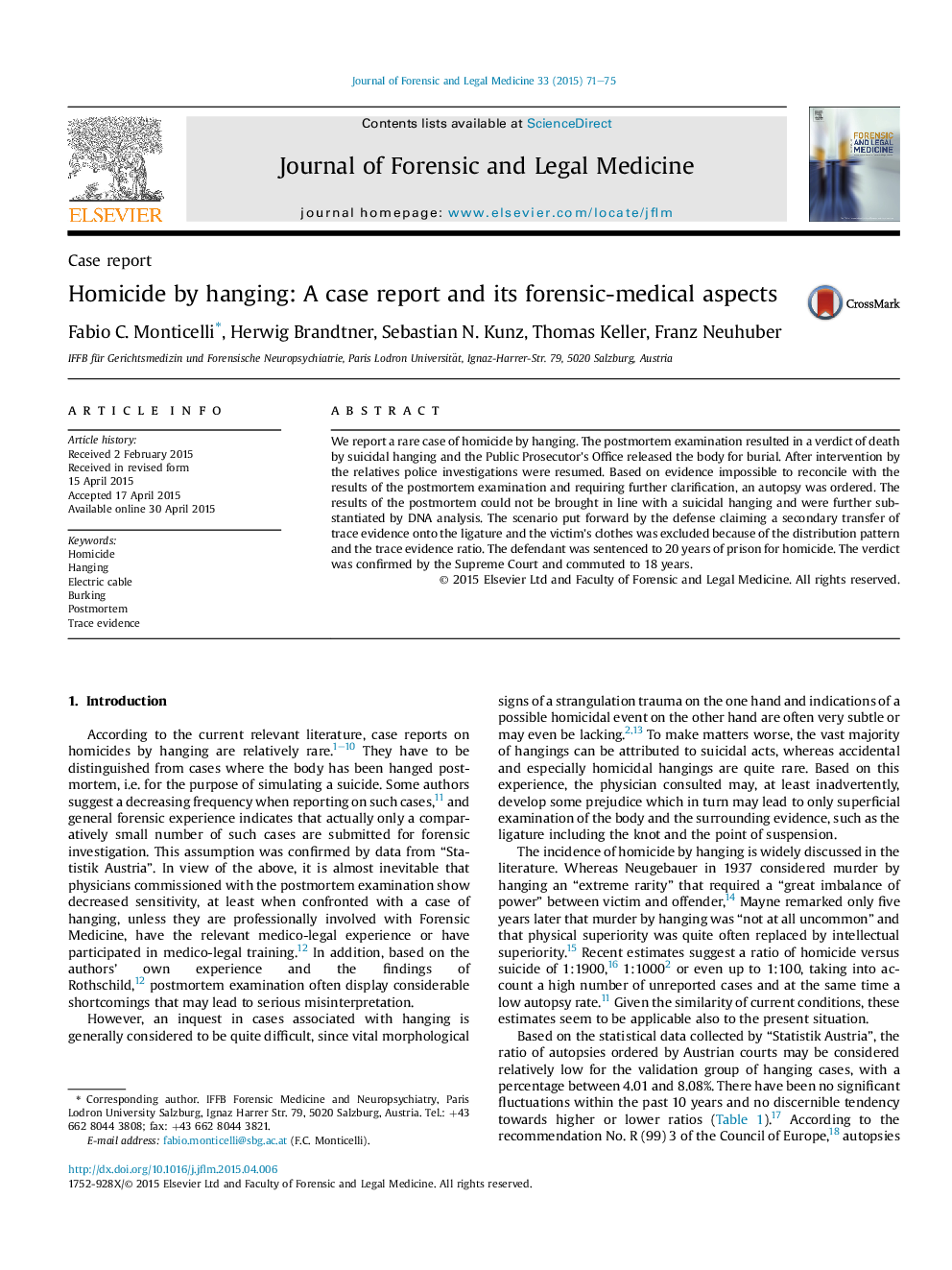 • We report a rare case of homicidal hanging.
• Postmortem examinations represent a weak point in death investigations.
• Evidence should be treated in the same standard as required for homicide cases.
• Medico-legal training should be made as a standard requirement for physicians.
• The extent of trace analysis is essential for the outcome of the case.

We report a rare case of homicide by hanging. The postmortem examination resulted in a verdict of death by suicidal hanging and the Public Prosecutor's Office released the body for burial. After intervention by the relatives police investigations were resumed. Based on evidence impossible to reconcile with the results of the postmortem examination and requiring further clarification, an autopsy was ordered. The results of the postmortem could not be brought in line with a suicidal hanging and were further substantiated by DNA analysis. The scenario put forward by the defense claiming a secondary transfer of trace evidence onto the ligature and the victim's clothes was excluded because of the distribution pattern and the trace evidence ratio. The defendant was sentenced to 20 years of prison for homicide. The verdict was confirmed by the Supreme Court and commuted to 18 years.