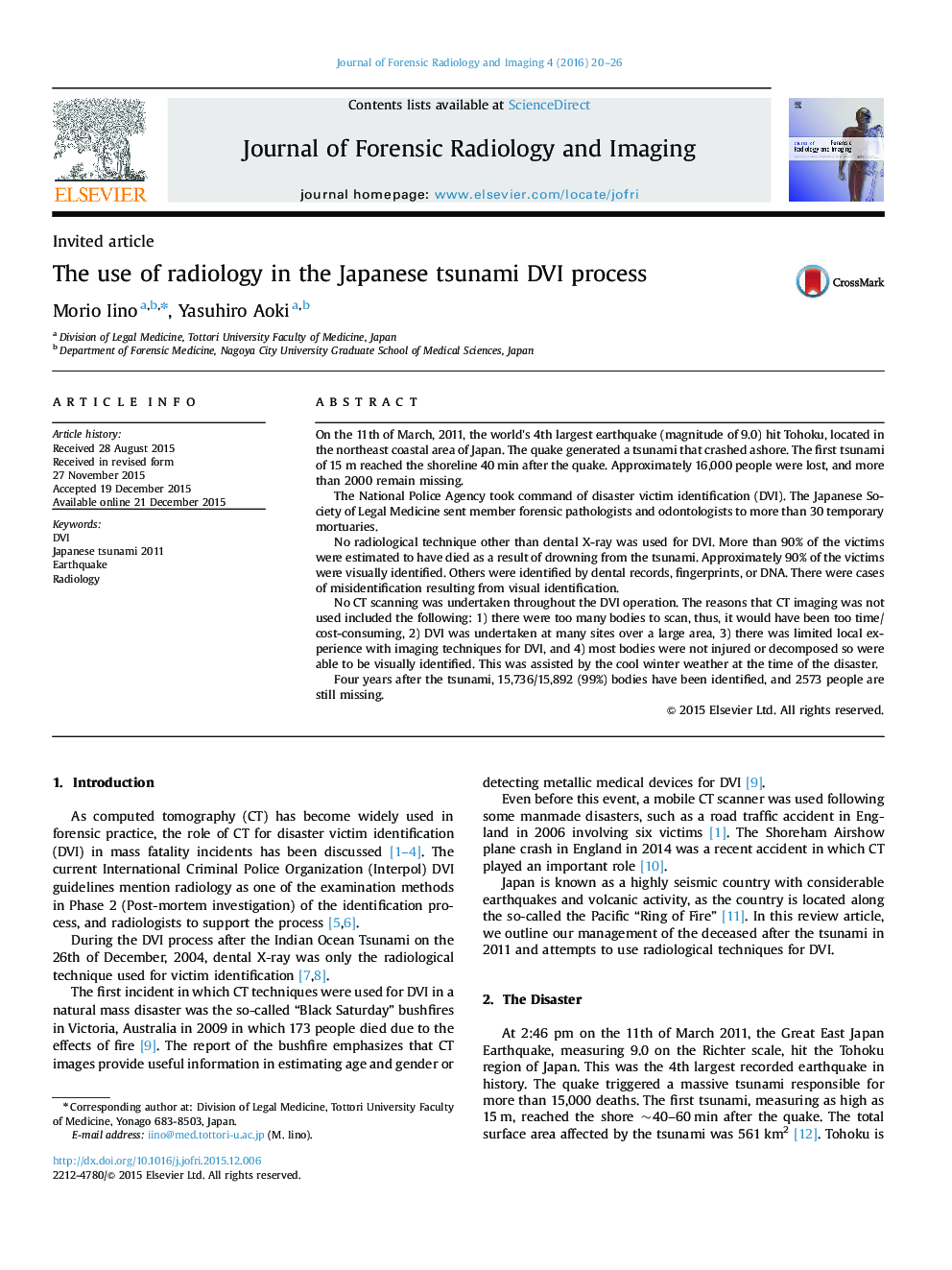 • We had the world’s 4th largest earthquake with tsunami in March, 2011 in Japan.
• The number of the victims is approximately 16,000 and more than 2000 are missing.
• The DVI process was done at more than 30 temporary mortuaries.
• Imaging technique for DVI was performed only for few cases of dental X-ray.
• Ninety percent of the victims were visually identified with 17 misidentified cases.

On the 11th of March, 2011, the world's 4th largest earthquake (magnitude of 9.0) hit Tohoku, located in the northeast coastal area of Japan. The quake generated a tsunami that crashed ashore. The first tsunami of 15 m reached the shoreline 40 min after the quake. Approximately 16,000 people were lost, and more than 2000 remain missing.The National Police Agency took command of disaster victim identification (DVI). The Japanese Society of Legal Medicine sent member forensic pathologists and odontologists to more than 30 temporary mortuaries.No radiological technique other than dental X-ray was used for DVI. More than 90% of the victims were estimated to have died as a result of drowning from the tsunami. Approximately 90% of the victims were visually identified. Others were identified by dental records, fingerprints, or DNA. There were cases of misidentification resulting from visual identification.No CT scanning was undertaken throughout the DVI operation. The reasons that CT imaging was not used included the following: 1) there were too many bodies to scan, thus, it would have been too time/cost-consuming, 2) DVI was undertaken at many sites over a large area, 3) there was limited local experience with imaging techniques for DVI, and 4) most bodies were not injured or decomposed so were able to be visually identified. This was assisted by the cool winter weather at the time of the disaster.Four years after the tsunami, 15,736/15,892 (99%) bodies have been identified, and 2573 people are still missing.