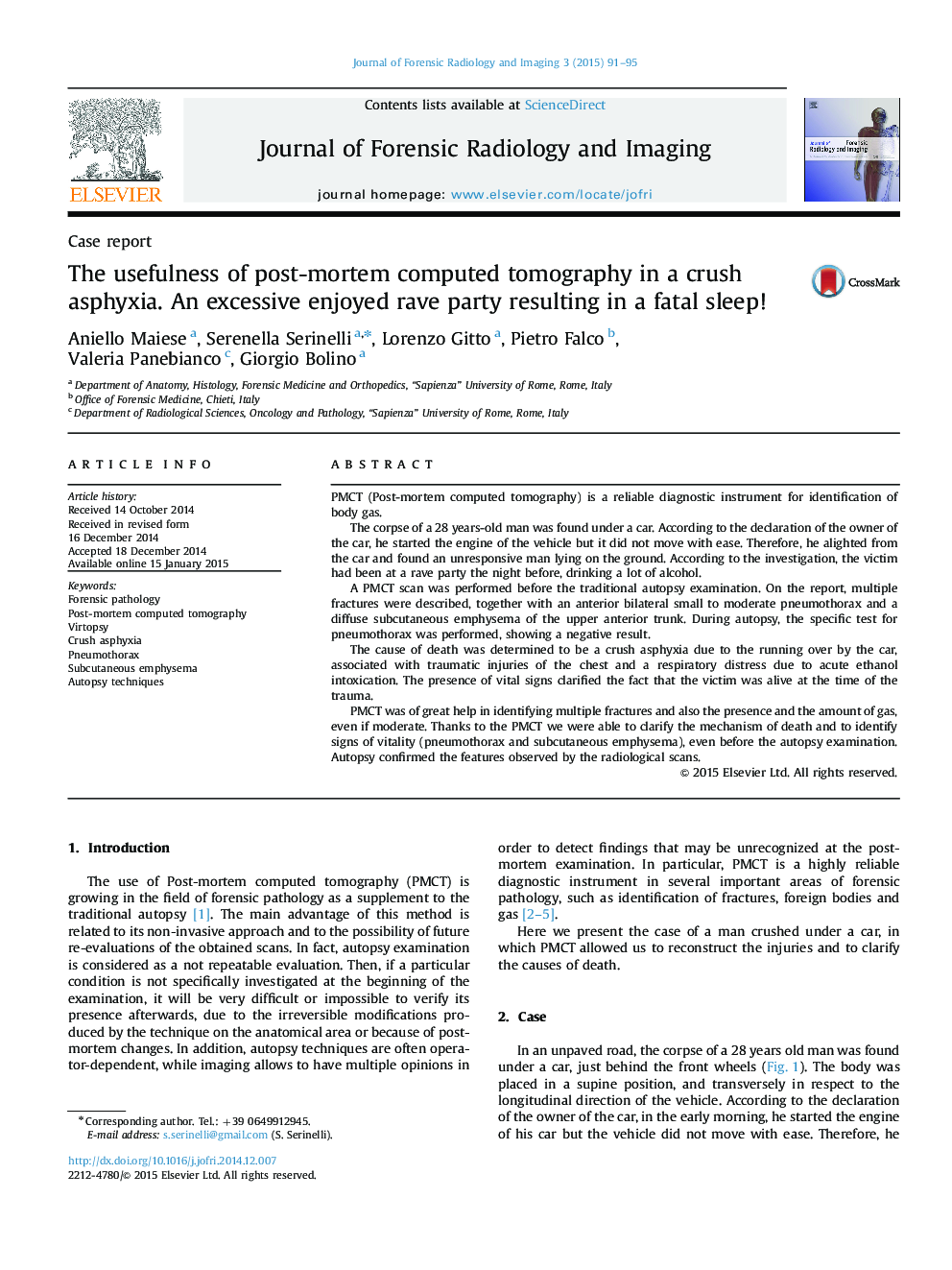 • We present a case of a crush asphyxia associated with traumatic injuries of the chest.
• PMCT detected fractures, a moderate pneumothorax and a subcutaneous emphysema.
• It identified the mechanism of death and signs of vitality, before autopsy examination.
• The autopsy test for pneumothorax identification was negative.
• The ability of PMCT to identify fractures and gas is greater than traditional autopsy.

PMCT (Post-mortem computed tomography) is a reliable diagnostic instrument for identification of body gas.The corpse of a 28 years-old man was found under a car. According to the declaration of the owner of the car, he started the engine of the vehicle but it did not move with ease. Therefore, he alighted from the car and found an unresponsive man lying on the ground. According to the investigation, the victim had been at a rave party the night before, drinking a lot of alcohol.A PMCT scan was performed before the traditional autopsy examination. On the report, multiple fractures were described, together with an anterior bilateral small to moderate pneumothorax and a diffuse subcutaneous emphysema of the upper anterior trunk. During autopsy, the specific test for pneumothorax was performed, showing a negative result.The cause of death was determined to be a crush asphyxia due to the running over by the car, associated with traumatic injuries of the chest and a respiratory distress due to acute ethanol intoxication. The presence of vital signs clarified the fact that the victim was alive at the time of the trauma.PMCT was of great help in identifying multiple fractures and also the presence and the amount of gas, even if moderate. Thanks to the PMCT we were able to clarify the mechanism of death and to identify signs of vitality (pneumothorax and subcutaneous emphysema), even before the autopsy examination. Autopsy confirmed the features observed by the radiological scans.