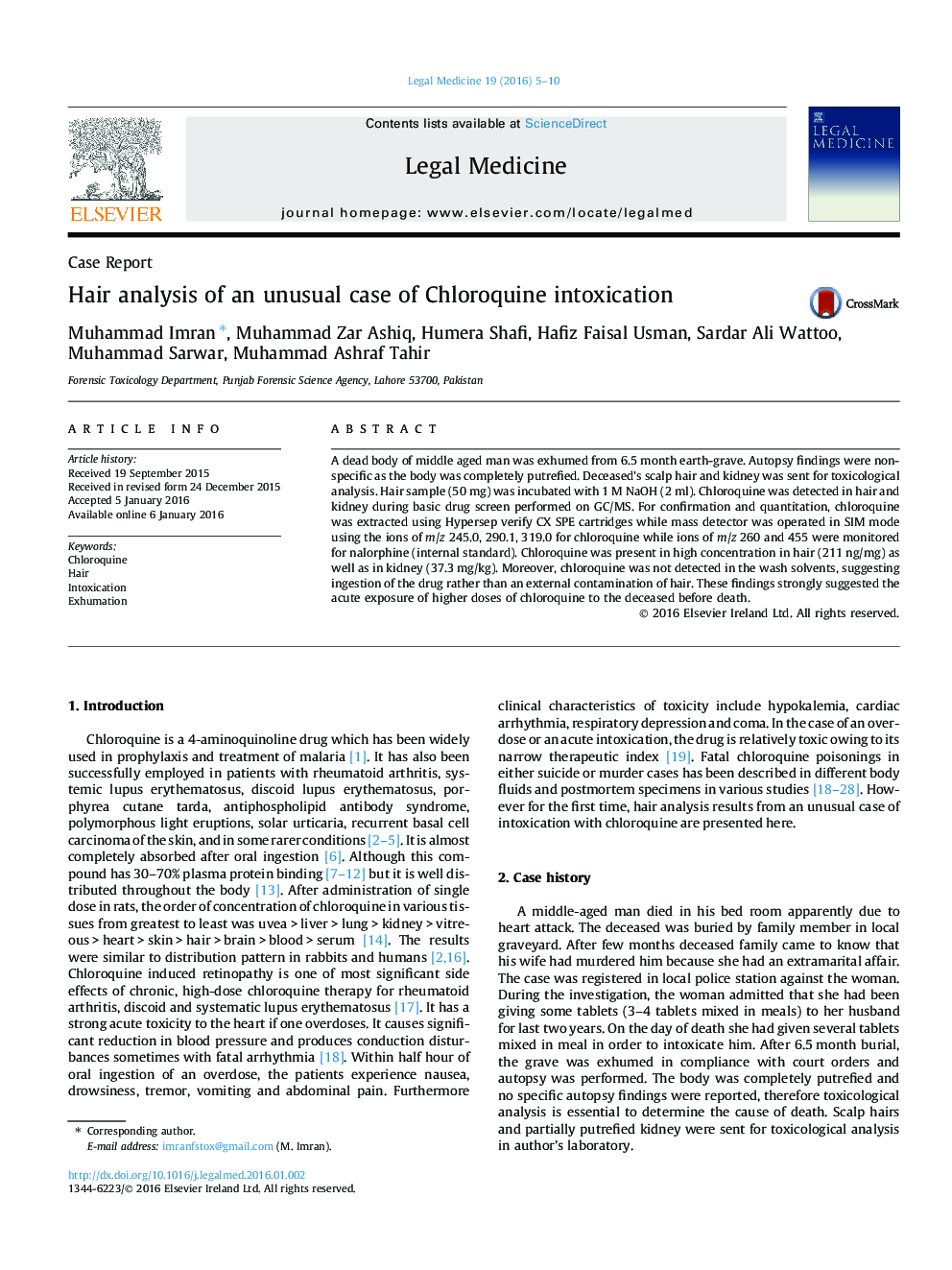 A dead body of middle aged man was exhumed from 6.5 month earth-grave. Autopsy findings were non-specific as the body was completely putrefied. Deceased’s scalp hair and kidney was sent for toxicological analysis. Hair sample (50 mg) was incubated with 1 M NaOH (2 ml). Chloroquine was detected in hair and kidney during basic drug screen performed on GC/MS. For confirmation and quantitation, chloroquine was extracted using Hypersep verify CX SPE cartridges while mass detector was operated in SIM mode using the ions of m/z 245.0, 290.1, 319.0 for chloroquine while ions of m/z 260 and 455 were monitored for nalorphine (internal standard). Chloroquine was present in high concentration in hair (211 ng/mg) as well as in kidney (37.3 mg/kg). Moreover, chloroquine was not detected in the wash solvents, suggesting ingestion of the drug rather than an external contamination of hair. These findings strongly suggested the acute exposure of higher doses of chloroquine to the deceased before death.

A SIM chromatogram of chloroquine and IS obtained from extract of the deceased’s hair.Figure optionsDownload high-quality image (116 K)Download as PowerPoint slide