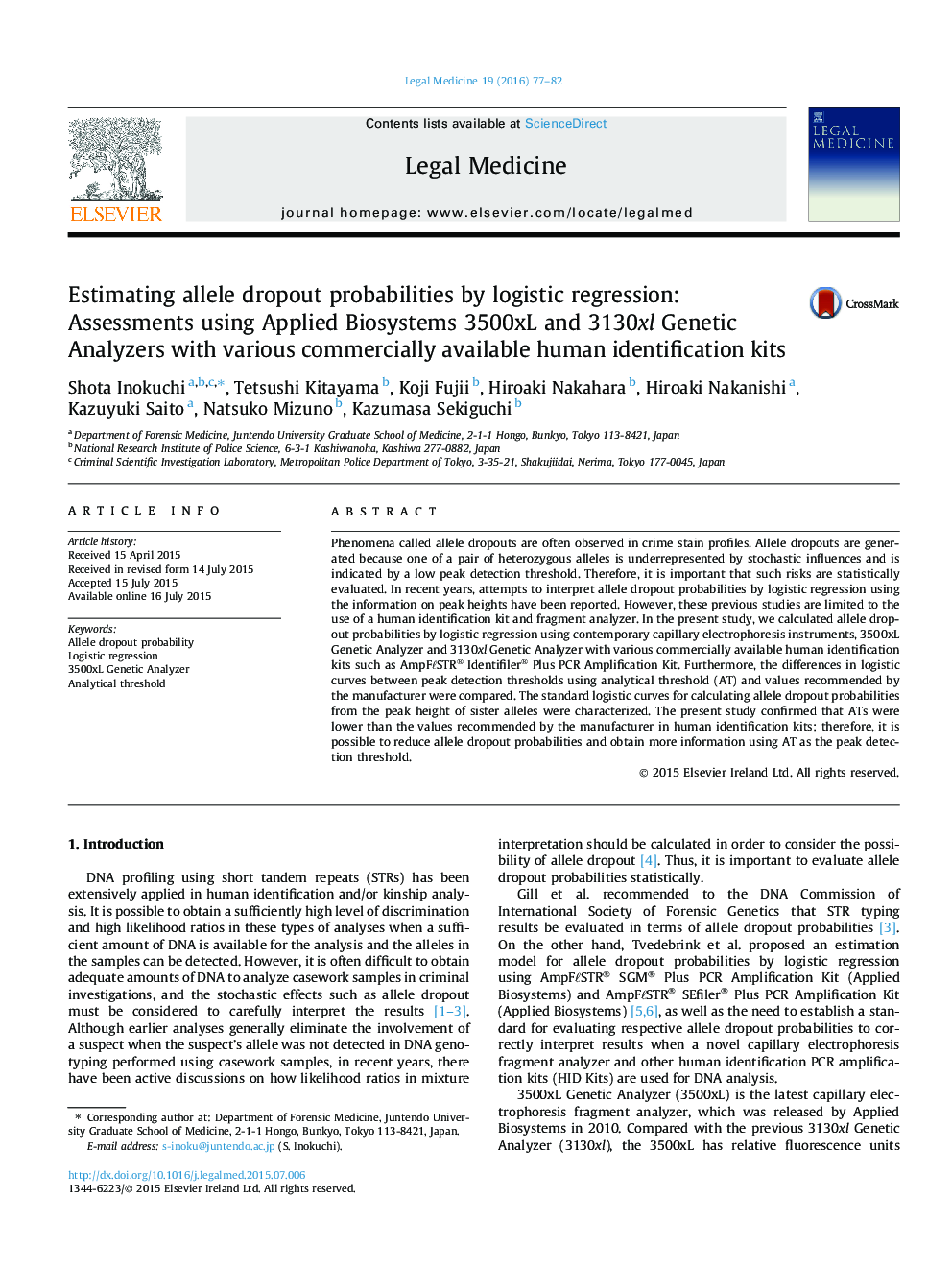 Phenomena called allele dropouts are often observed in crime stain profiles. Allele dropouts are generated because one of a pair of heterozygous alleles is underrepresented by stochastic influences and is indicated by a low peak detection threshold. Therefore, it is important that such risks are statistically evaluated. In recent years, attempts to interpret allele dropout probabilities by logistic regression using the information on peak heights have been reported. However, these previous studies are limited to the use of a human identification kit and fragment analyzer. In the present study, we calculated allele dropout probabilities by logistic regression using contemporary capillary electrophoresis instruments, 3500xL Genetic Analyzer and 3130xl Genetic Analyzer with various commercially available human identification kits such as AmpFℓSTR® Identifiler® Plus PCR Amplification Kit. Furthermore, the differences in logistic curves between peak detection thresholds using analytical threshold (AT) and values recommended by the manufacturer were compared. The standard logistic curves for calculating allele dropout probabilities from the peak height of sister alleles were characterized. The present study confirmed that ATs were lower than the values recommended by the manufacturer in human identification kits; therefore, it is possible to reduce allele dropout probabilities and obtain more information using AT as the peak detection threshold.