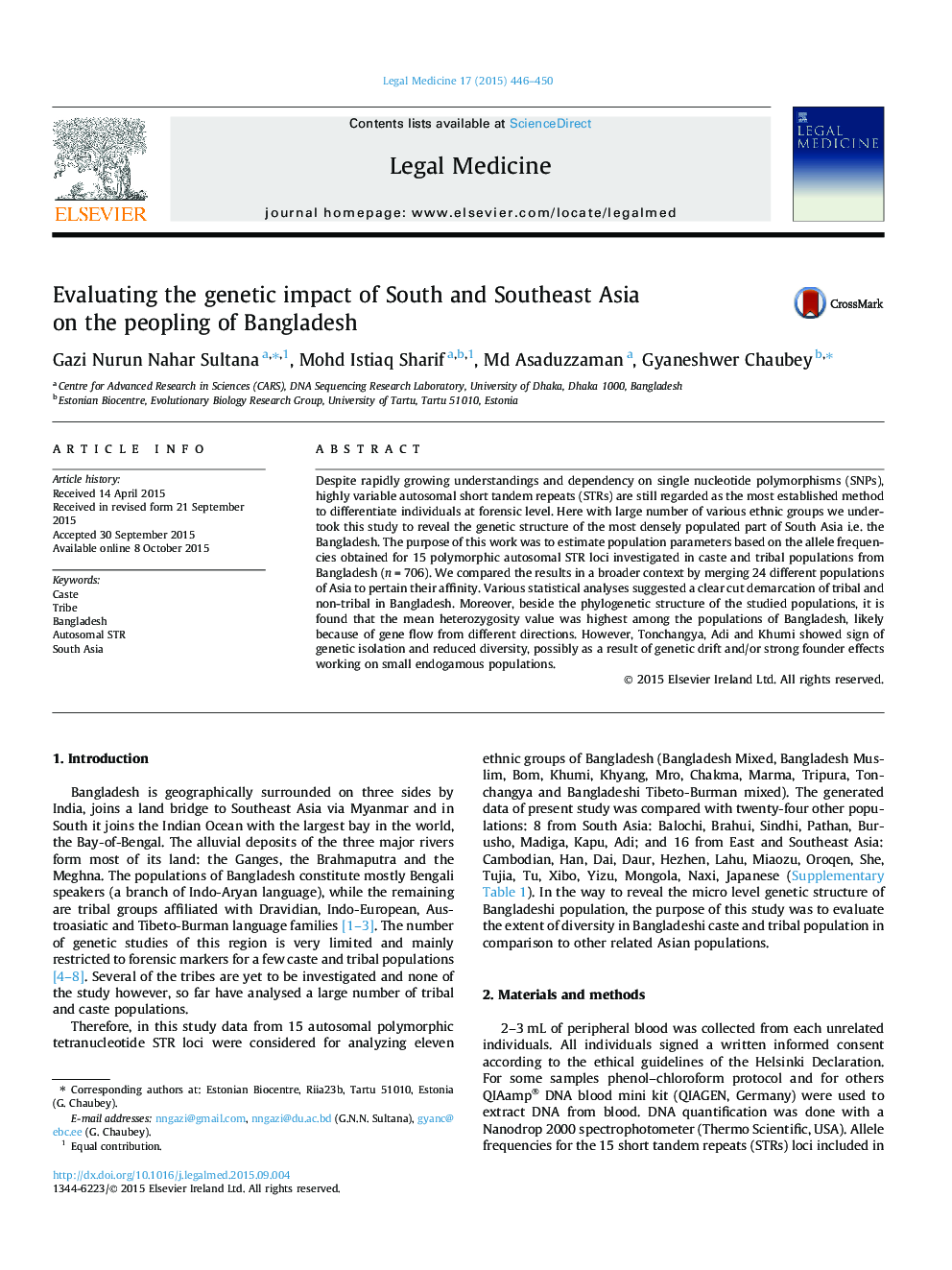 Despite rapidly growing understandings and dependency on single nucleotide polymorphisms (SNPs), highly variable autosomal short tandem repeats (STRs) are still regarded as the most established method to differentiate individuals at forensic level. Here with large number of various ethnic groups we undertook this study to reveal the genetic structure of the most densely populated part of South Asia i.e. the Bangladesh. The purpose of this work was to estimate population parameters based on the allele frequencies obtained for 15 polymorphic autosomal STR loci investigated in caste and tribal populations from Bangladesh (n = 706). We compared the results in a broader context by merging 24 different populations of Asia to pertain their affinity. Various statistical analyses suggested a clear cut demarcation of tribal and non-tribal in Bangladesh. Moreover, beside the phylogenetic structure of the studied populations, it is found that the mean heterozygosity value was highest among the populations of Bangladesh, likely because of gene flow from different directions. However, Tonchangya, Adi and Khumi showed sign of genetic isolation and reduced diversity, possibly as a result of genetic drift and/or strong founder effects working on small endogamous populations.