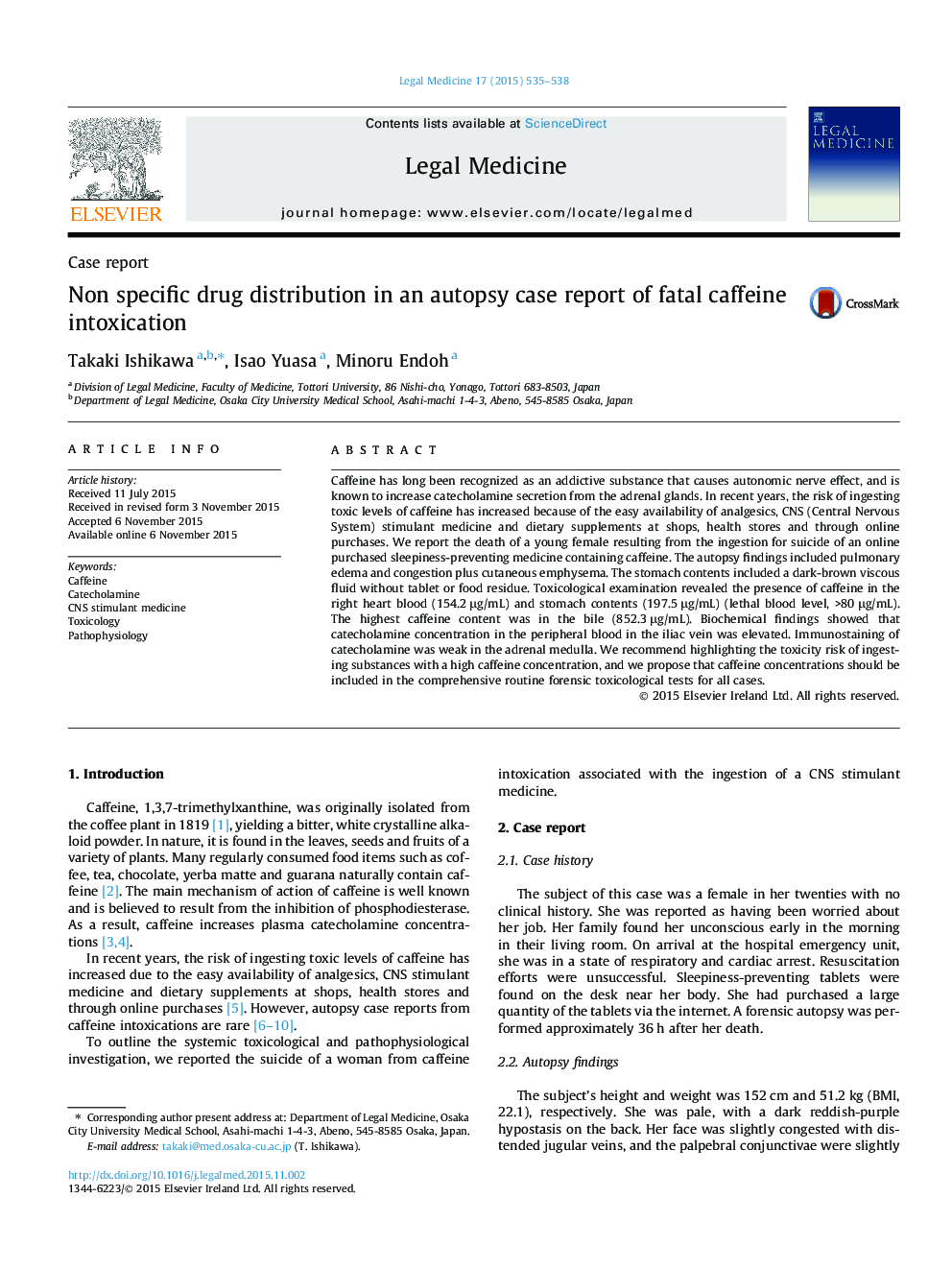 • We report a death caused by the ingestion of caffeine tablets.
• Caffeine concentrations were highest in the right heart blood than blood from other parts on the body.
• The bile had the highest caffeine concentration, while the aqueous humor had the lowest.
• Catecholamine levels were higher than clinical standard levels in several body parts.
• Immunostaining for catecholamine was weakly positive in the adrenal medulla.

Caffeine has long been recognized as an addictive substance that causes autonomic nerve effect, and is known to increase catecholamine secretion from the adrenal glands. In recent years, the risk of ingesting toxic levels of caffeine has increased because of the easy availability of analgesics, CNS (Central Nervous System) stimulant medicine and dietary supplements at shops, health stores and through online purchases. We report the death of a young female resulting from the ingestion for suicide of an online purchased sleepiness-preventing medicine containing caffeine. The autopsy findings included pulmonary edema and congestion plus cutaneous emphysema. The stomach contents included a dark-brown viscous fluid without tablet or food residue. Toxicological examination revealed the presence of caffeine in the right heart blood (154.2 μg/mL) and stomach contents (197.5 μg/mL) (lethal blood level, >80 μg/mL). The highest caffeine content was in the bile (852.3 μg/mL). Biochemical findings showed that catecholamine concentration in the peripheral blood in the iliac vein was elevated. Immunostaining of catecholamine was weak in the adrenal medulla. We recommend highlighting the toxicity risk of ingesting substances with a high caffeine concentration, and we propose that caffeine concentrations should be included in the comprehensive routine forensic toxicological tests for all cases.