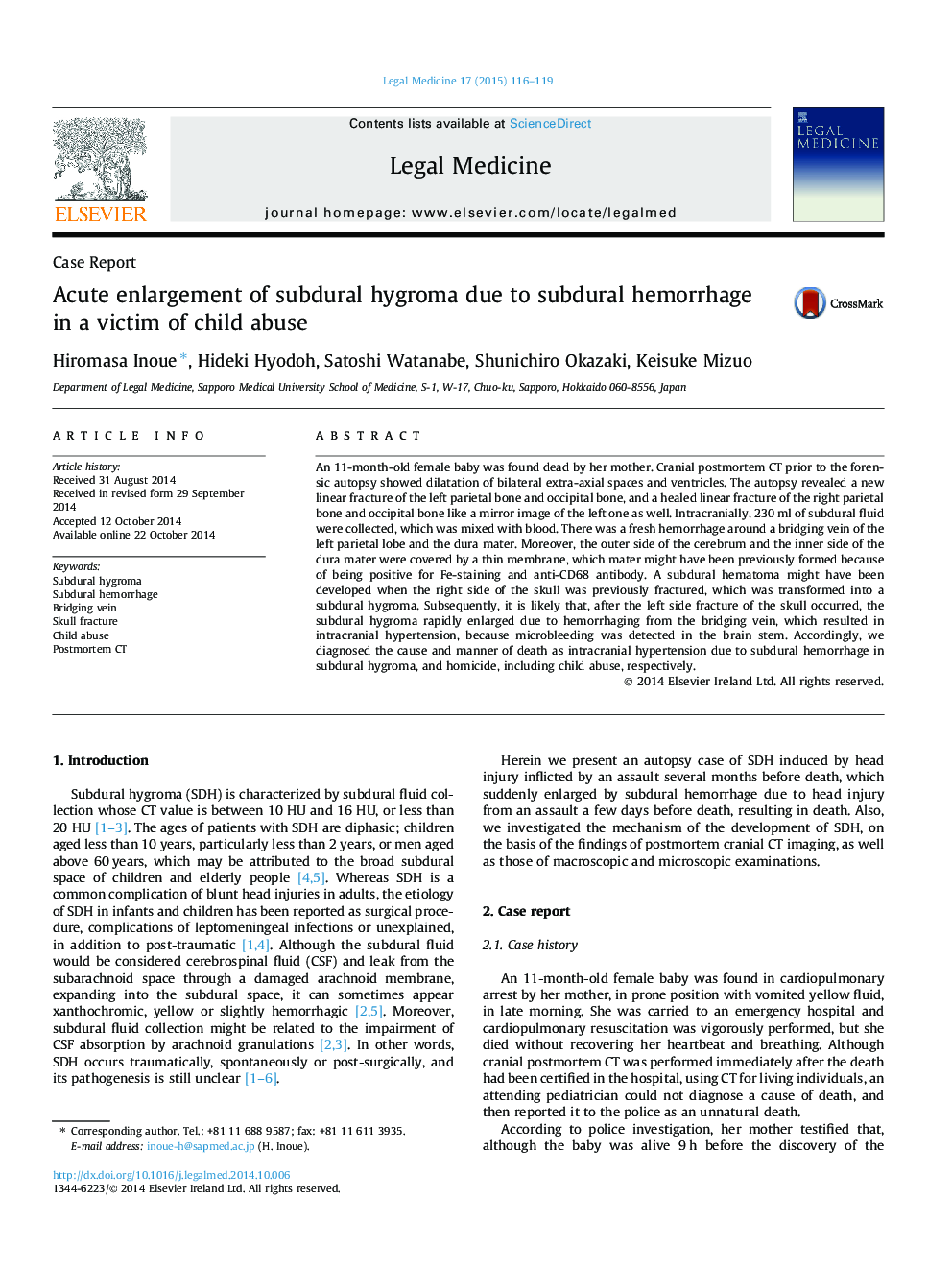 An 11-month-old female baby was found dead by her mother. Cranial postmortem CT prior to the forensic autopsy showed dilatation of bilateral extra-axial spaces and ventricles. The autopsy revealed a new linear fracture of the left parietal bone and occipital bone, and a healed linear fracture of the right parietal bone and occipital bone like a mirror image of the left one as well. Intracranially, 230 ml of subdural fluid were collected, which was mixed with blood. There was a fresh hemorrhage around a bridging vein of the left parietal lobe and the dura mater. Moreover, the outer side of the cerebrum and the inner side of the dura mater were covered by a thin membrane, which mater might have been previously formed because of being positive for Fe-staining and anti-CD68 antibody. A subdural hematoma might have been developed when the right side of the skull was previously fractured, which was transformed into a subdural hygroma. Subsequently, it is likely that, after the left side fracture of the skull occurred, the subdural hygroma rapidly enlarged due to hemorrhaging from the bridging vein, which resulted in intracranial hypertension, because microbleeding was detected in the brain stem. Accordingly, we diagnosed the cause and manner of death as intracranial hypertension due to subdural hemorrhage in subdural hygroma, and homicide, including child abuse, respectively.