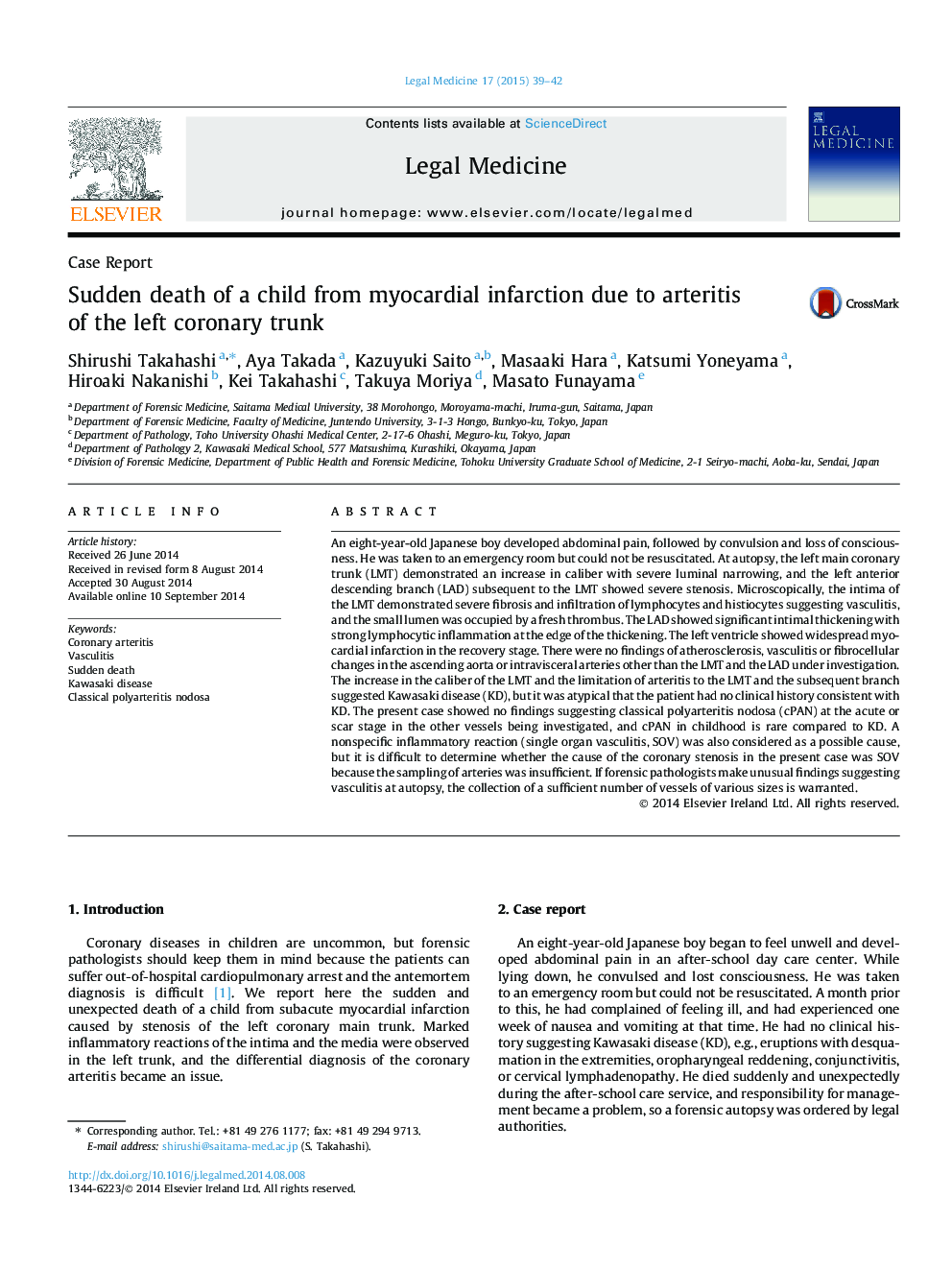 • An eight-years-old boy died from the myocardial infarction.
• Histology showed severe arteritis in the left coronary trunk.
• Collection of a sufficient number of vessels is warranted in cases of vasculitis.

An eight-year-old Japanese boy developed abdominal pain, followed by convulsion and loss of consciousness. He was taken to an emergency room but could not be resuscitated. At autopsy, the left main coronary trunk (LMT) demonstrated an increase in caliber with severe luminal narrowing, and the left anterior descending branch (LAD) subsequent to the LMT showed severe stenosis. Microscopically, the intima of the LMT demonstrated severe fibrosis and infiltration of lymphocytes and histiocytes suggesting vasculitis, and the small lumen was occupied by a fresh thrombus. The LAD showed significant intimal thickening with strong lymphocytic inflammation at the edge of the thickening. The left ventricle showed widespread myocardial infarction in the recovery stage. There were no findings of atherosclerosis, vasculitis or fibrocellular changes in the ascending aorta or intravisceral arteries other than the LMT and the LAD under investigation. The increase in the caliber of the LMT and the limitation of arteritis to the LMT and the subsequent branch suggested Kawasaki disease (KD), but it was atypical that the patient had no clinical history consistent with KD. The present case showed no findings suggesting classical polyarteritis nodosa (cPAN) at the acute or scar stage in the other vessels being investigated, and cPAN in childhood is rare compared to KD. A nonspecific inflammatory reaction (single organ vasculitis, SOV) was also considered as a possible cause, but it is difficult to determine whether the cause of the coronary stenosis in the present case was SOV because the sampling of arteries was insufficient. If forensic pathologists make unusual findings suggesting vasculitis at autopsy, the collection of a sufficient number of vessels of various sizes is warranted.