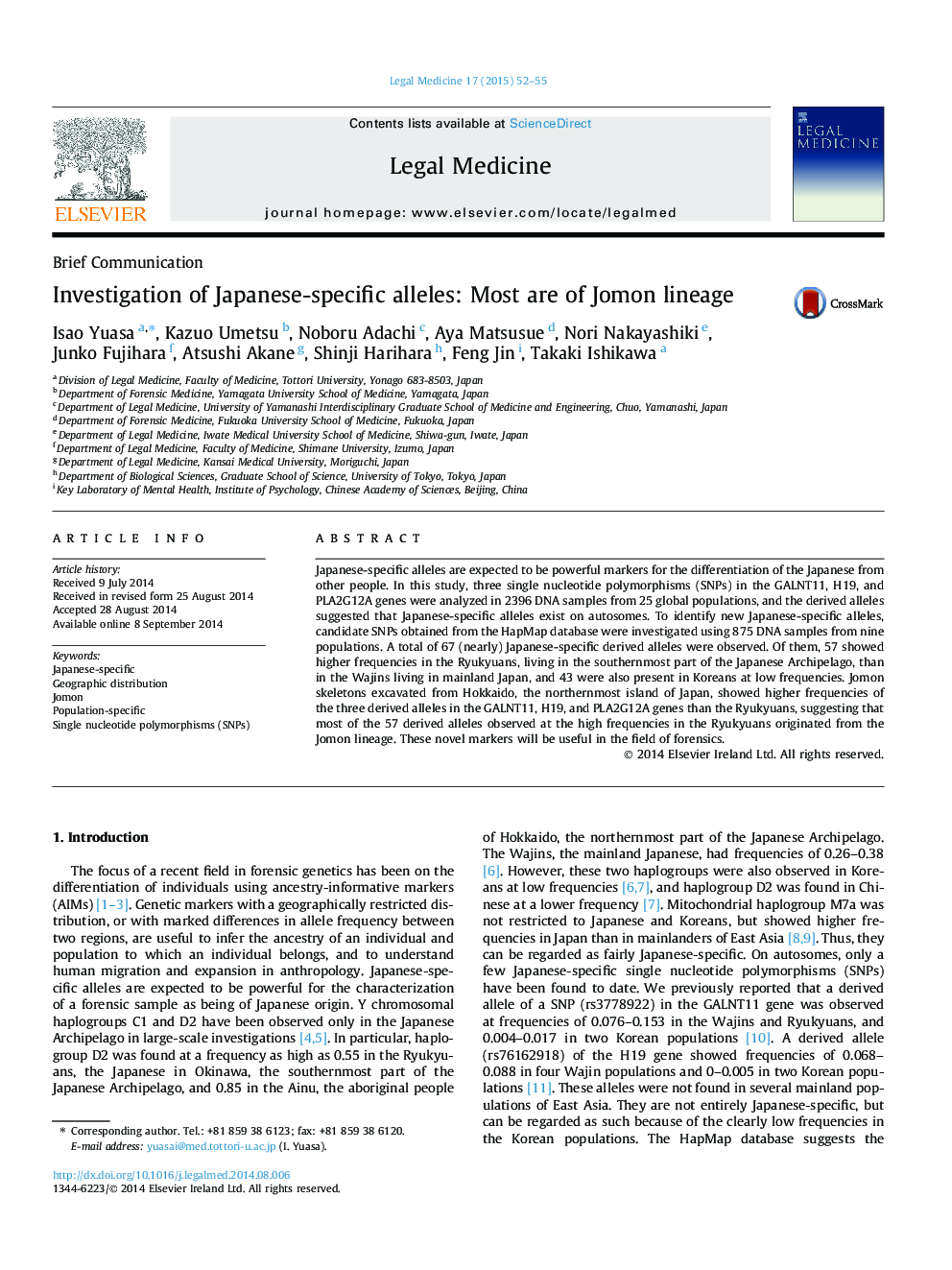 Japanese-specific alleles are expected to be powerful markers for the differentiation of the Japanese from other people. In this study, three single nucleotide polymorphisms (SNPs) in the GALNT11, H19, and PLA2G12A genes were analyzed in 2396 DNA samples from 25 global populations, and the derived alleles suggested that Japanese-specific alleles exist on autosomes. To identify new Japanese-specific alleles, candidate SNPs obtained from the HapMap database were investigated using 875 DNA samples from nine populations. A total of 67 (nearly) Japanese-specific derived alleles were observed. Of them, 57 showed higher frequencies in the Ryukyuans, living in the southernmost part of the Japanese Archipelago, than in the Wajins living in mainland Japan, and 43 were also present in Koreans at low frequencies. Jomon skeletons excavated from Hokkaido, the northernmost island of Japan, showed higher frequencies of the three derived alleles in the GALNT11, H19, and PLA2G12A genes than the Ryukyuans, suggesting that most of the 57 derived alleles observed at the high frequencies in the Ryukyuans originated from the Jomon lineage. These novel markers will be useful in the field of forensics.