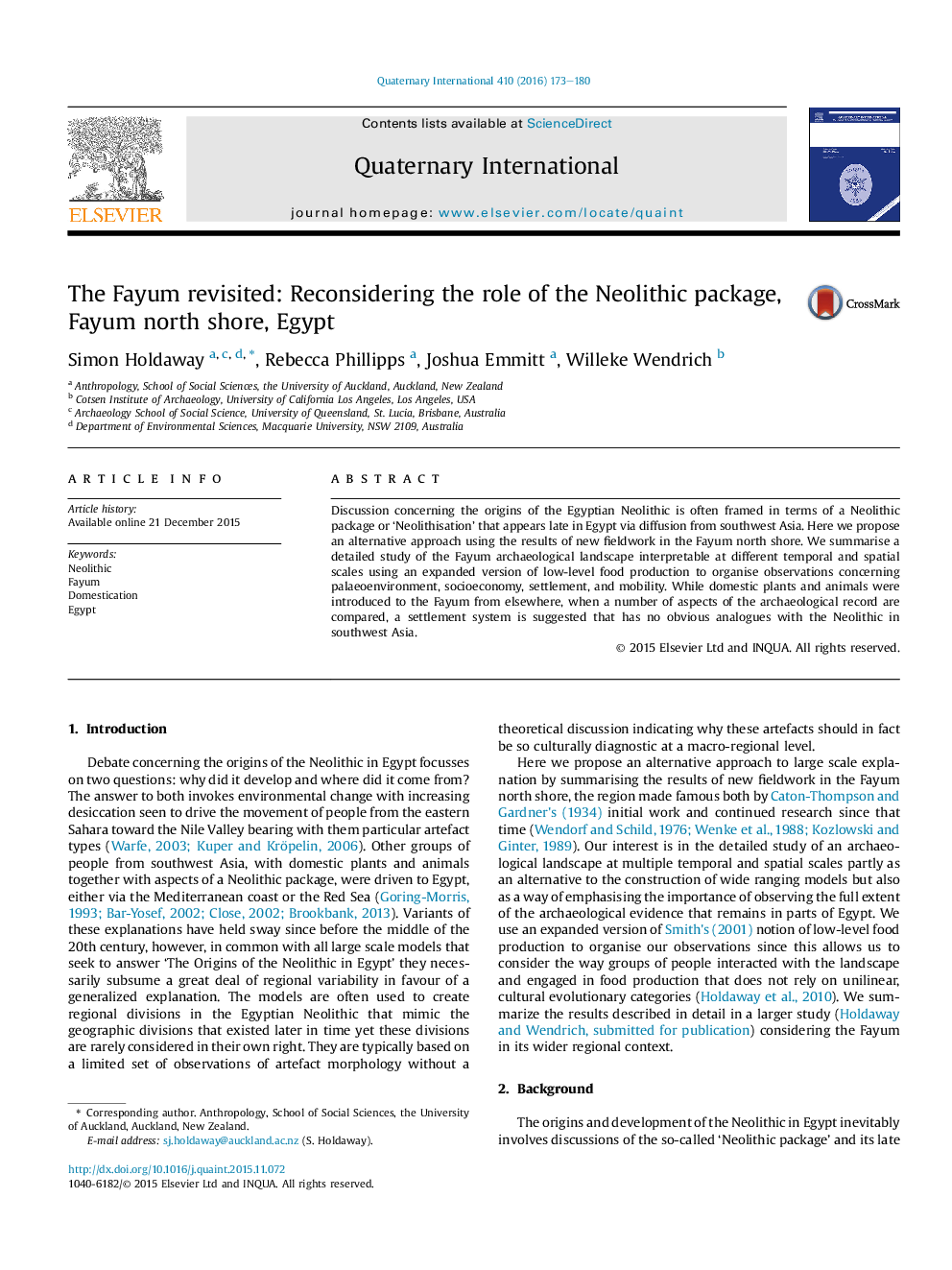 Discussion concerning the origins of the Egyptian Neolithic is often framed in terms of a Neolithic package or ‘Neolithisation’ that appears late in Egypt via diffusion from southwest Asia. Here we propose an alternative approach using the results of new fieldwork in the Fayum north shore. We summarise a detailed study of the Fayum archaeological landscape interpretable at different temporal and spatial scales using an expanded version of low-level food production to organise observations concerning palaeoenvironment, socioeconomy, settlement, and mobility. While domestic plants and animals were introduced to the Fayum from elsewhere, when a number of aspects of the archaeological record are compared, a settlement system is suggested that has no obvious analogues with the Neolithic in southwest Asia.