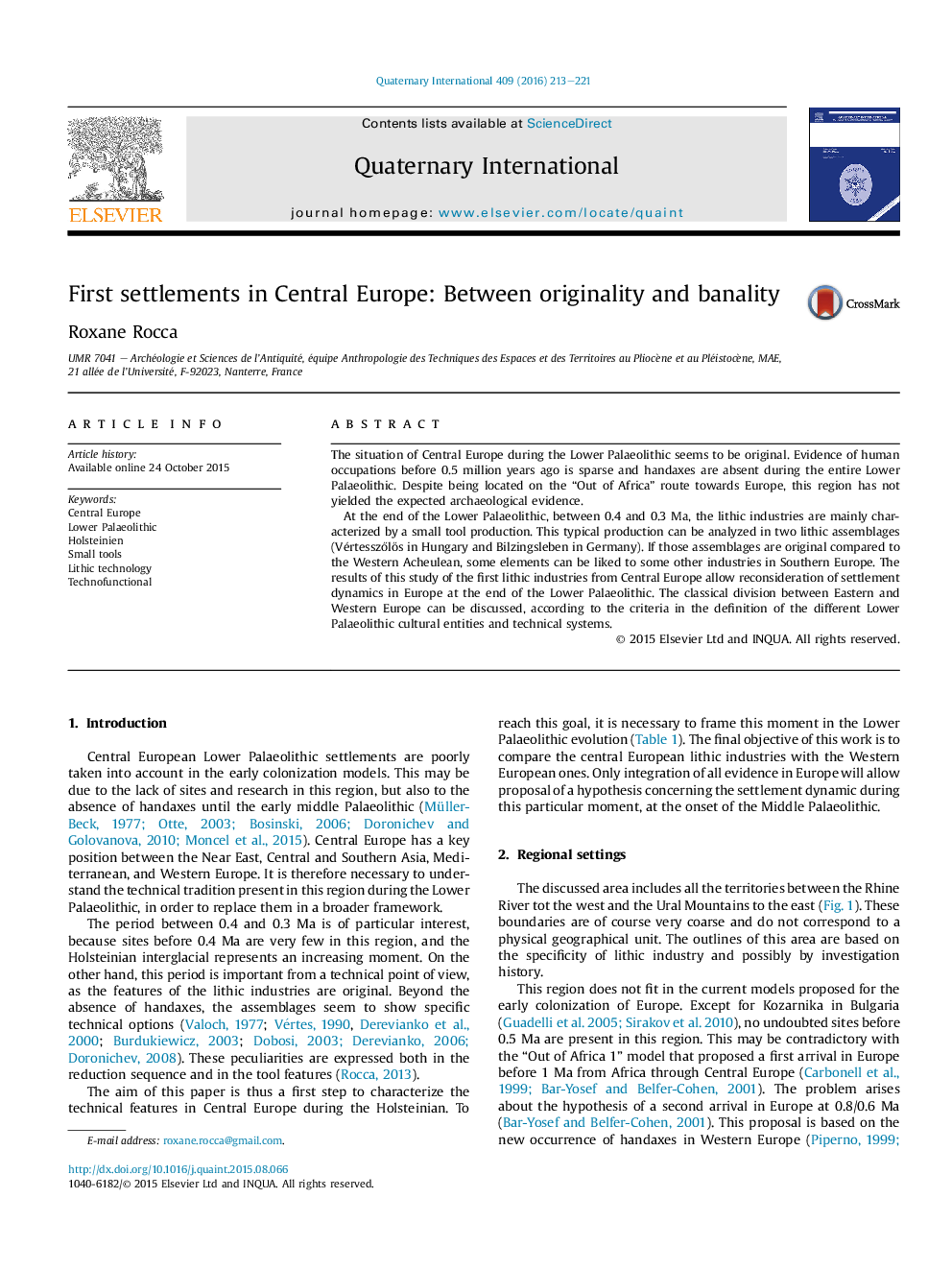 The situation of Central Europe during the Lower Palaeolithic seems to be original. Evidence of human occupations before 0.5 million years ago is sparse and handaxes are absent during the entire Lower Palaeolithic. Despite being located on the “Out of Africa” route towards Europe, this region has not yielded the expected archaeological evidence.At the end of the Lower Palaeolithic, between 0.4 and 0.3 Ma, the lithic industries are mainly characterized by a small tool production. This typical production can be analyzed in two lithic assemblages (Vértesszőlős in Hungary and Bilzingsleben in Germany). If those assemblages are original compared to the Western Acheulean, some elements can be liked to some other industries in Southern Europe. The results of this study of the first lithic industries from Central Europe allow reconsideration of settlement dynamics in Europe at the end of the Lower Palaeolithic. The classical division between Eastern and Western Europe can be discussed, according to the criteria in the definition of the different Lower Palaeolithic cultural entities and technical systems.