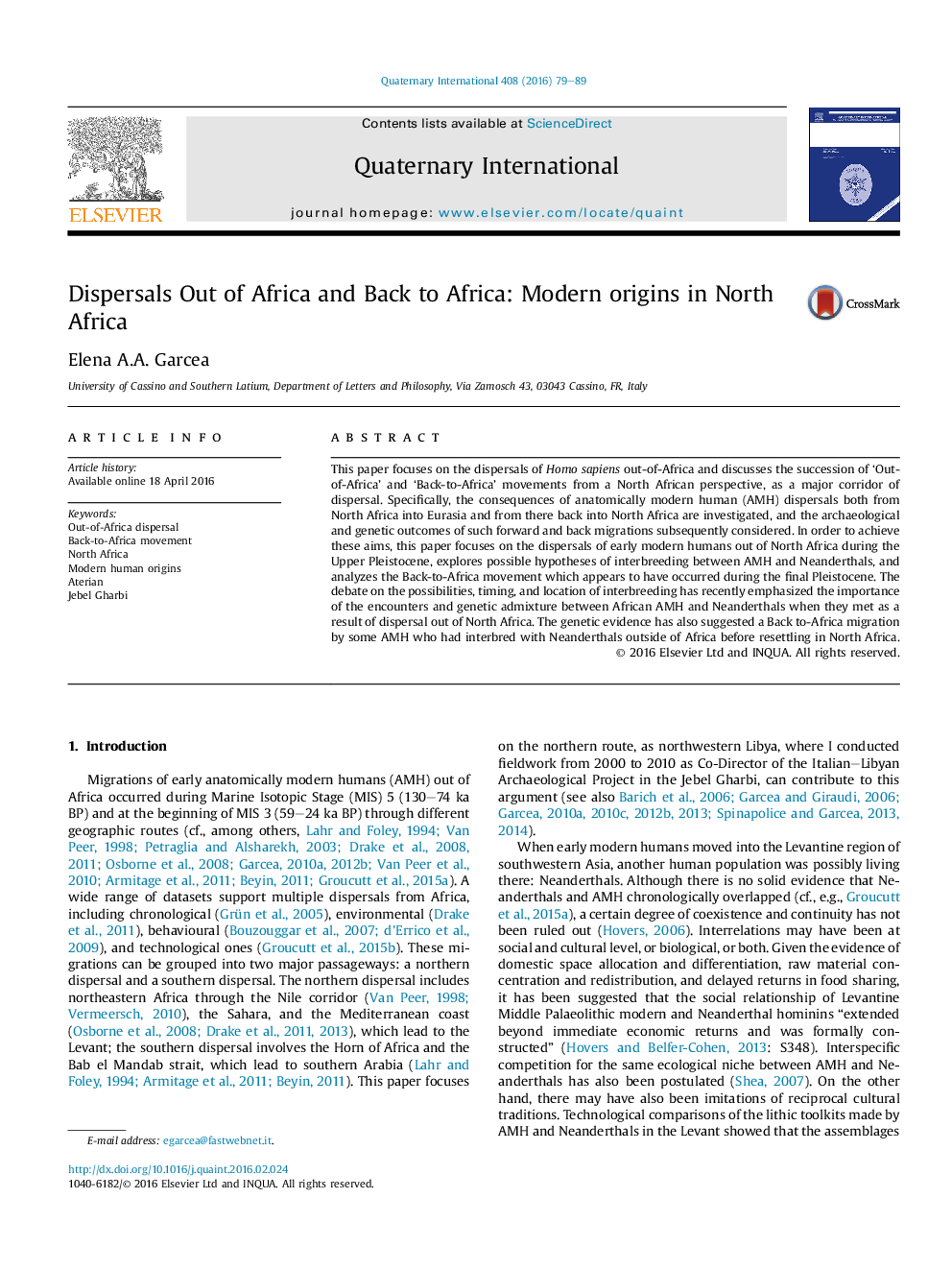 This paper focuses on the dispersals of Homo sapiens out-of-Africa and discusses the succession of ‘Out-of-Africa’ and ‘Back-to-Africa’ movements from a North African perspective, as a major corridor of dispersal. Specifically, the consequences of anatomically modern human (AMH) dispersals both from North Africa into Eurasia and from there back into North Africa are investigated, and the archaeological and genetic outcomes of such forward and back migrations subsequently considered. In order to achieve these aims, this paper focuses on the dispersals of early modern humans out of North Africa during the Upper Pleistocene, explores possible hypotheses of interbreeding between AMH and Neanderthals, and analyzes the Back-to-Africa movement which appears to have occurred during the final Pleistocene. The debate on the possibilities, timing, and location of interbreeding has recently emphasized the importance of the encounters and genetic admixture between African AMH and Neanderthals when they met as a result of dispersal out of North Africa. The genetic evidence has also suggested a Back to-Africa migration by some AMH who had interbred with Neanderthals outside of Africa before resettling in North Africa.