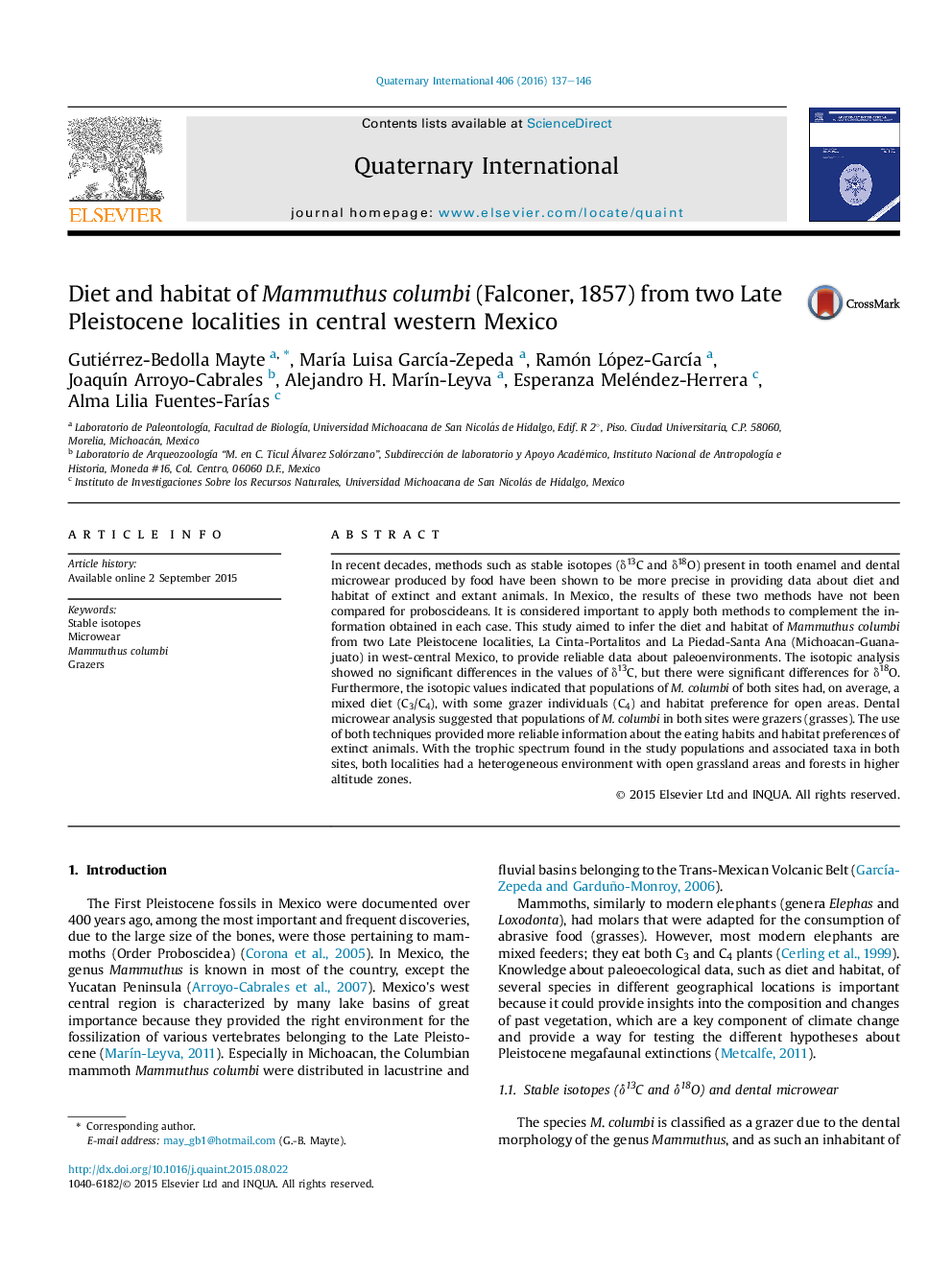 In recent decades, methods such as stable isotopes (δ13C and δ18O) present in tooth enamel and dental microwear produced by food have been shown to be more precise in providing data about diet and habitat of extinct and extant animals. In Mexico, the results of these two methods have not been compared for proboscideans. It is considered important to apply both methods to complement the information obtained in each case. This study aimed to infer the diet and habitat of Mammuthus columbi from two Late Pleistocene localities, La Cinta-Portalitos and La Piedad-Santa Ana (Michoacan-Guanajuato) in west-central Mexico, to provide reliable data about paleoenvironments. The isotopic analysis showed no significant differences in the values of δ13C, but there were significant differences for δ18O. Furthermore, the isotopic values indicated that populations of M. columbi of both sites had, on average, a mixed diet (C3/C4), with some grazer individuals (C4) and habitat preference for open areas. Dental microwear analysis suggested that populations of M. columbi in both sites were grazers (grasses). The use of both techniques provided more reliable information about the eating habits and habitat preferences of extinct animals. With the trophic spectrum found in the study populations and associated taxa in both sites, both localities had a heterogeneous environment with open grassland areas and forests in higher altitude zones.