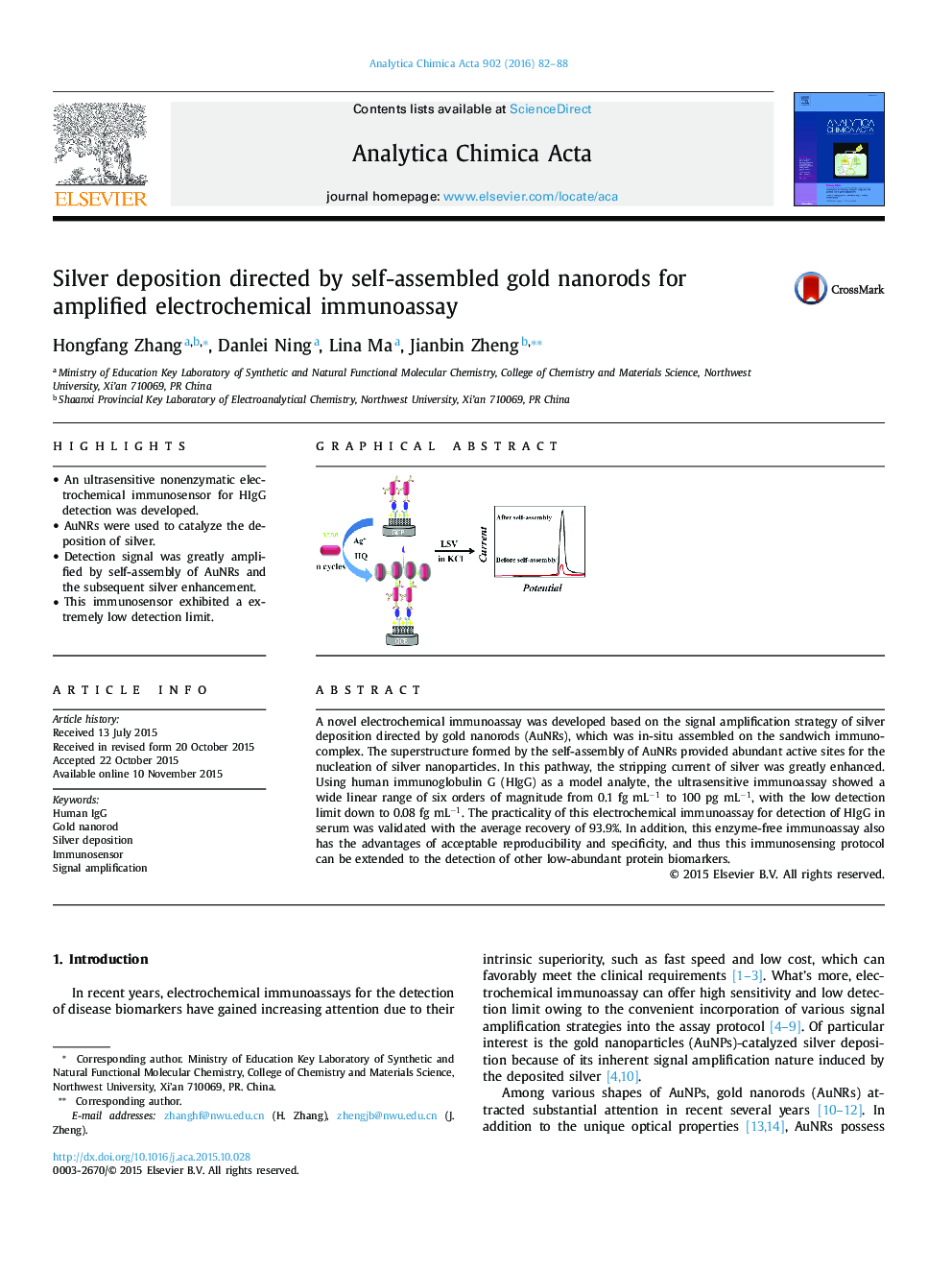 • An ultrasensitive nonenzymatic electrochemical immunosensor for HIgG detection was developed.
• AuNRs were used to catalyze the deposition of silver.
• Detection signal was greatly amplified by self-assembly of AuNRs and the subsequent silver enhancement.
• This immunosensor exhibited a extremely low detection limit.

A novel electrochemical immunoassay was developed based on the signal amplification strategy of silver deposition directed by gold nanorods (AuNRs), which was in-situ assembled on the sandwich immunocomplex. The superstructure formed by the self-assembly of AuNRs provided abundant active sites for the nucleation of silver nanoparticles. In this pathway, the stripping current of silver was greatly enhanced. Using human immunoglobulin G (HIgG) as a model analyte, the ultrasensitive immunoassay showed a wide linear range of six orders of magnitude from 0.1 fg mL−1 to 100 pg mL−1, with the low detection limit down to 0.08 fg mL−1. The practicality of this electrochemical immunoassay for detection of HIgG in serum was validated with the average recovery of 93.9%. In addition, this enzyme-free immunoassay also has the advantages of acceptable reproducibility and specificity, and thus this immunosensing protocol can be extended to the detection of other low-abundant protein biomarkers.