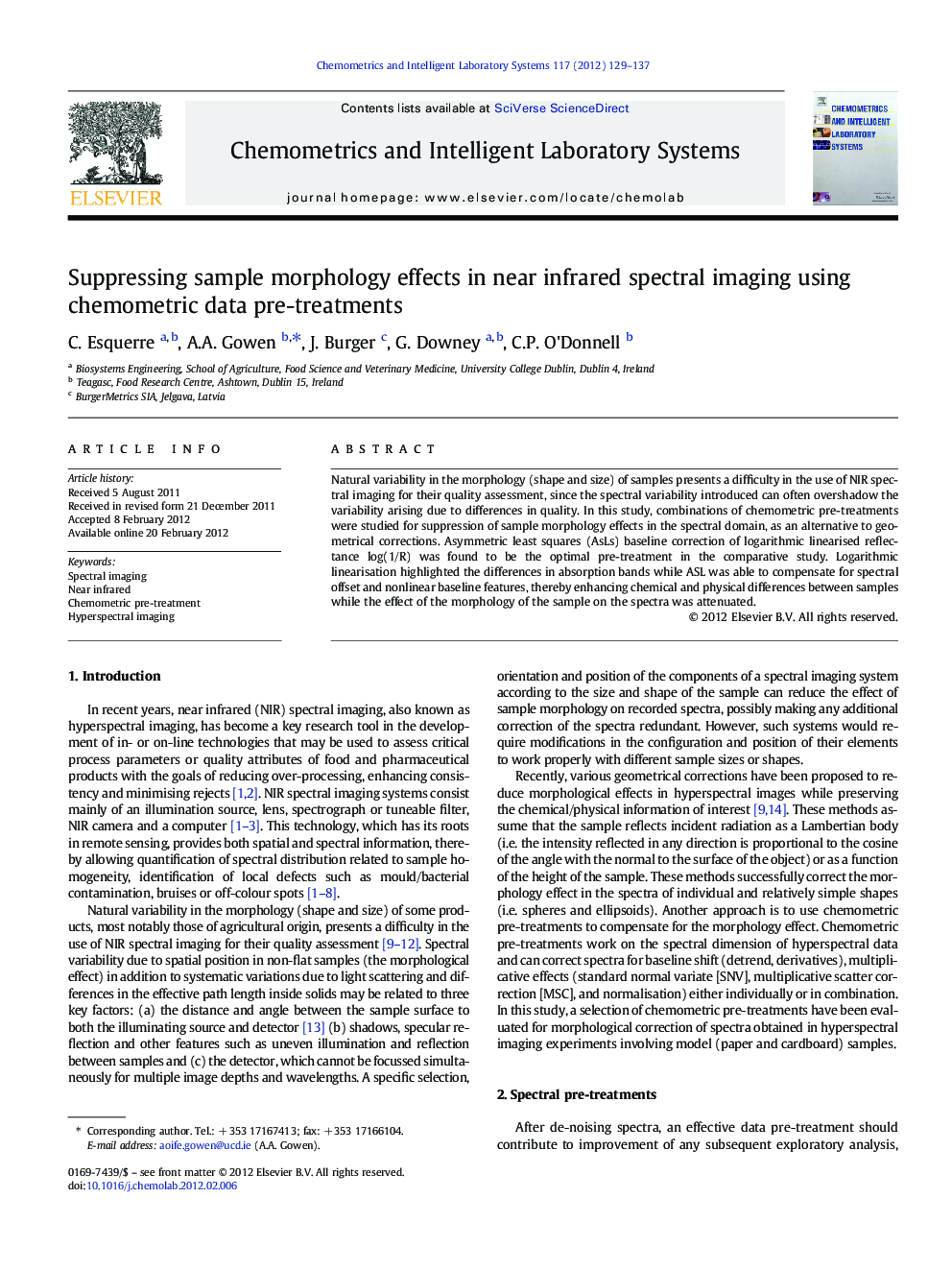 Natural variability in the morphology (shape and size) of samples presents a difficulty in the use of NIR spectral imaging for their quality assessment, since the spectral variability introduced can often overshadow the variability arising due to differences in quality. In this study, combinations of chemometric pre-treatments were studied for suppression of sample morphology effects in the spectral domain, as an alternative to geometrical corrections. Asymmetric least squares (AsLs) baseline correction of logarithmic linearised reflectance log(1/R) was found to be the optimal pre-treatment in the comparative study. Logarithmic linearisation highlighted the differences in absorption bands while ASL was able to compensate for spectral offset and nonlinear baseline features, thereby enhancing chemical and physical differences between samples while the effect of the morphology of the sample on the spectra was attenuated.