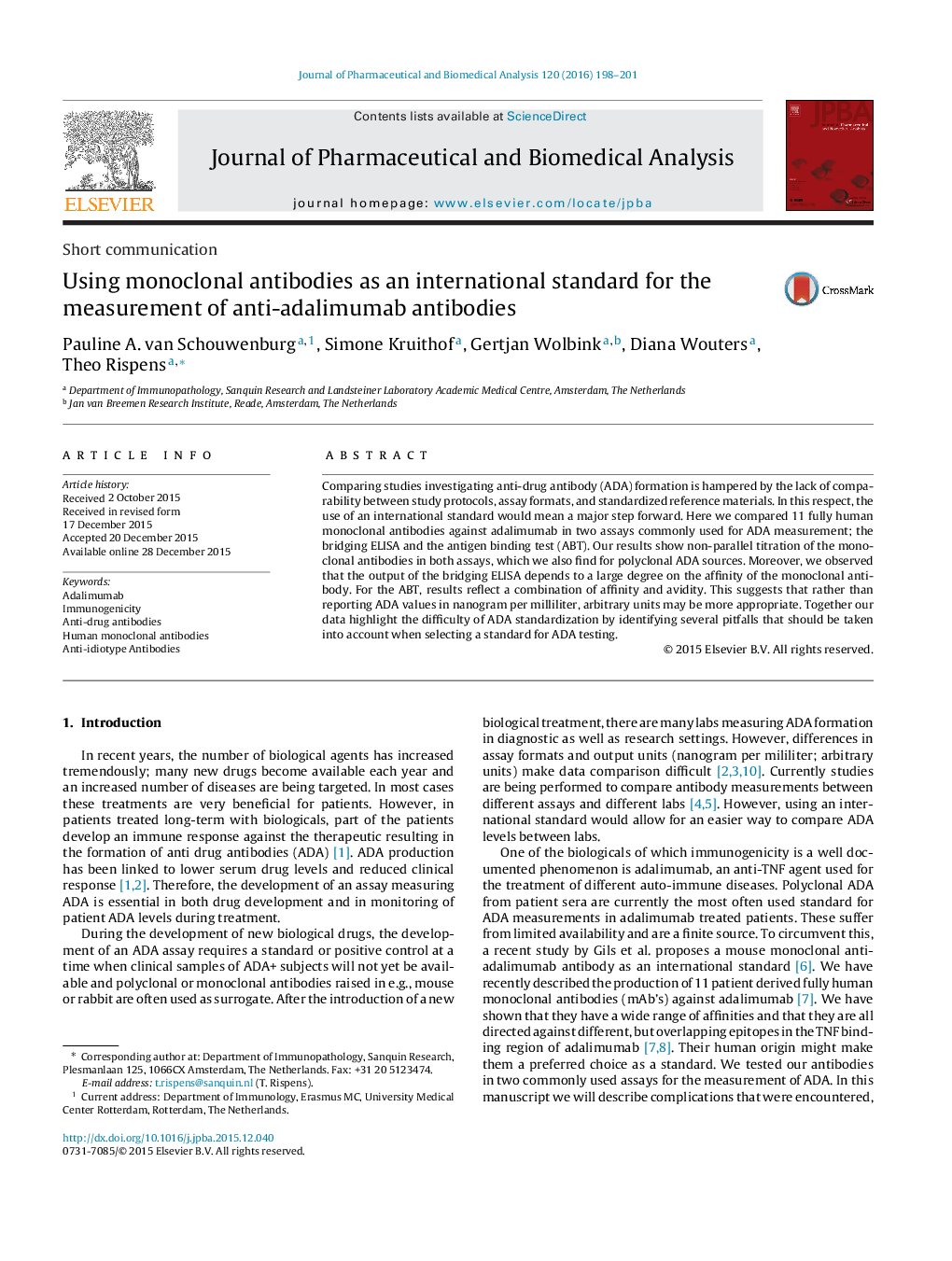 • International standards for the measurement of ADA are currently lacking.
• Assays are differently influenced by affinity/avidity of ADA.
• Affinity influences measurements of ADA levels, precluding expression as ng/ml.
• Monoclonal/polyclonal standards may not run parallel to ADA from patient sera.
• When selecting a standard, these factors should be considered.

Comparing studies investigating anti-drug antibody (ADA) formation is hampered by the lack of comparability between study protocols, assay formats, and standardized reference materials. In this respect, the use of an international standard would mean a major step forward. Here we compared 11 fully human monoclonal antibodies against adalimumab in two assays commonly used for ADA measurement; the bridging ELISA and the antigen binding test (ABT). Our results show non-parallel titration of the monoclonal antibodies in both assays, which we also find for polyclonal ADA sources. Moreover, we observed that the output of the bridging ELISA depends to a large degree on the affinity of the monoclonal antibody. For the ABT, results reflect a combination of affinity and avidity. This suggests that rather than reporting ADA values in nanogram per milliliter, arbitrary units may be more appropriate. Together our data highlight the difficulty of ADA standardization by identifying several pitfalls that should be taken into account when selecting a standard for ADA testing.