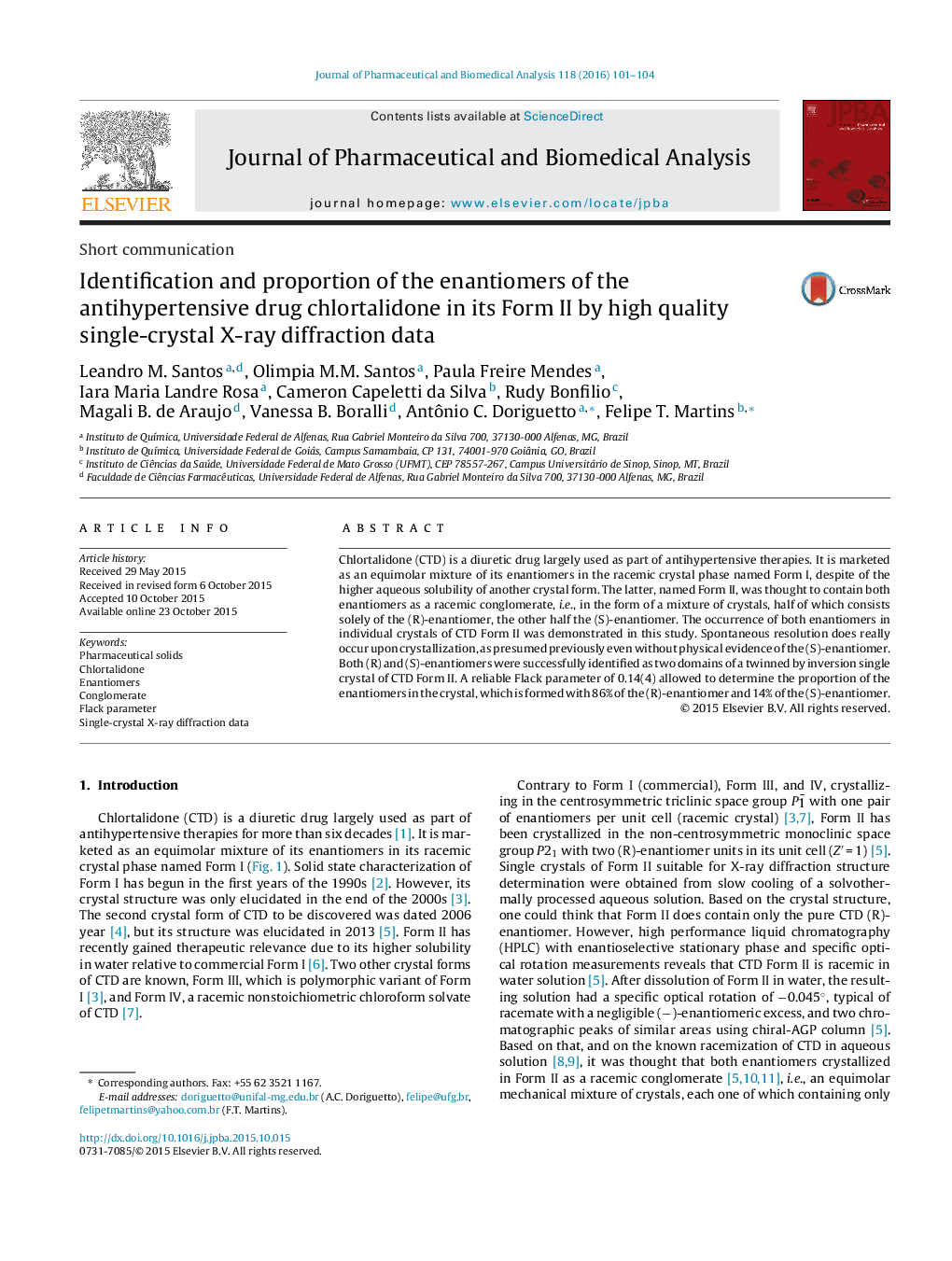 • Occurrence of both chlortalidone (CTD) enantiomers in individual crystals of its Form II.
• High quality single-crystal X-ray diffraction (SCXRD) data useful for their identification.
• Reliable Flack parameter ascertaining their proportion.
• Spontaneous resolution does occur upon crystallization of CTD in its Form II.
• Towards analyzing solid forms of chiral drugs through SCRXD.

Chlortalidone (CTD) is a diuretic drug largely used as part of antihypertensive therapies. It is marketed as an equimolar mixture of its enantiomers in the racemic crystal phase named Form I, despite of the higher aqueous solubility of another crystal form. The latter, named Form II, was thought to contain both enantiomers as a racemic conglomerate, i.e., in the form of a mixture of crystals, half of which consists solely of the (R)-enantiomer, the other half the (S)-enantiomer. The occurrence of both enantiomers in individual crystals of CTD Form II was demonstrated in this study. Spontaneous resolution does really occur upon crystallization, as presumed previously even without physical evidence of the (S)-enantiomer. Both (R) and (S)-enantiomers were successfully identified as two domains of a twinned by inversion single crystal of CTD Form II. A reliable Flack parameter of 0.14(4) allowed to determine the proportion of the enantiomers in the crystal, which is formed with 86% of the (R)-enantiomer and 14% of the (S)-enantiomer.