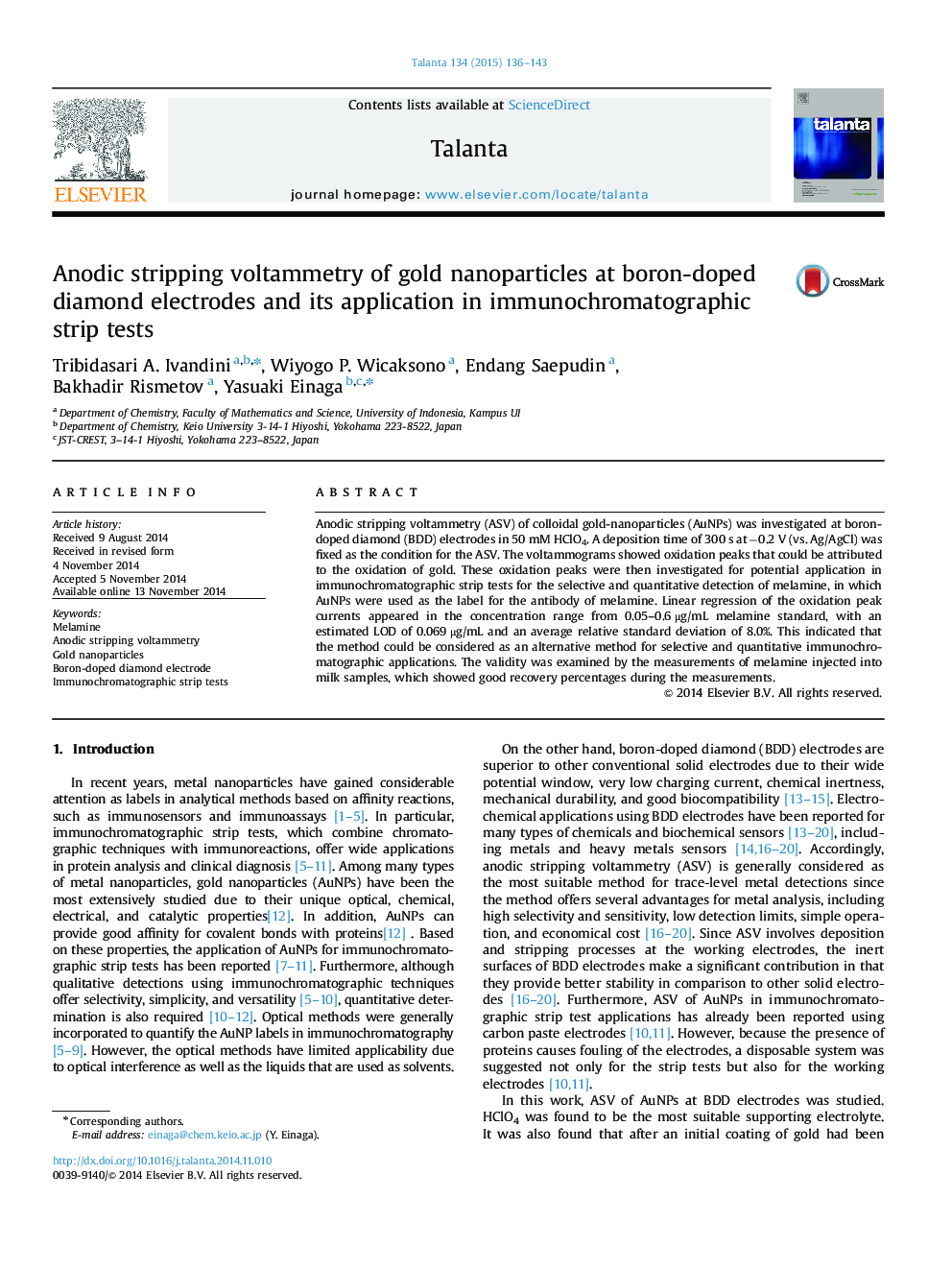 • AuNPs were used as the label for antibody in immunochromatographic strip test.
• Anodic stripping voltammetry was used to determine the quantity of AuNPs.
• Quantity of AuNPs labeled to melamine antibody was equivalent to melamine concentration.
• The method was promising for selective and quantitative melamine detection.

Anodic stripping voltammetry (ASV) of colloidal gold-nanoparticles (AuNPs) was investigated at boron-doped diamond (BDD) electrodes in 50 mM HClO4. A deposition time of 300 s at−0.2 V (vs. Ag/AgCl) was fixed as the condition for the ASV. The voltammograms showed oxidation peaks that could be attributed to the oxidation of gold. These oxidation peaks were then investigated for potential application in immunochromatographic strip tests for the selective and quantitative detection of melamine, in which AuNPs were used as the label for the antibody of melamine. Linear regression of the oxidation peak currents appeared in the concentration range from 0.05–0.6 μg/mL melamine standard, with an estimated LOD of 0.069 μg/mL and an average relative standard deviation of 8.0%. This indicated that the method could be considered as an alternative method for selective and quantitative immunochromatographic applications. The validity was examined by the measurements of melamine injected into milk samples, which showed good recovery percentages during the measurements.