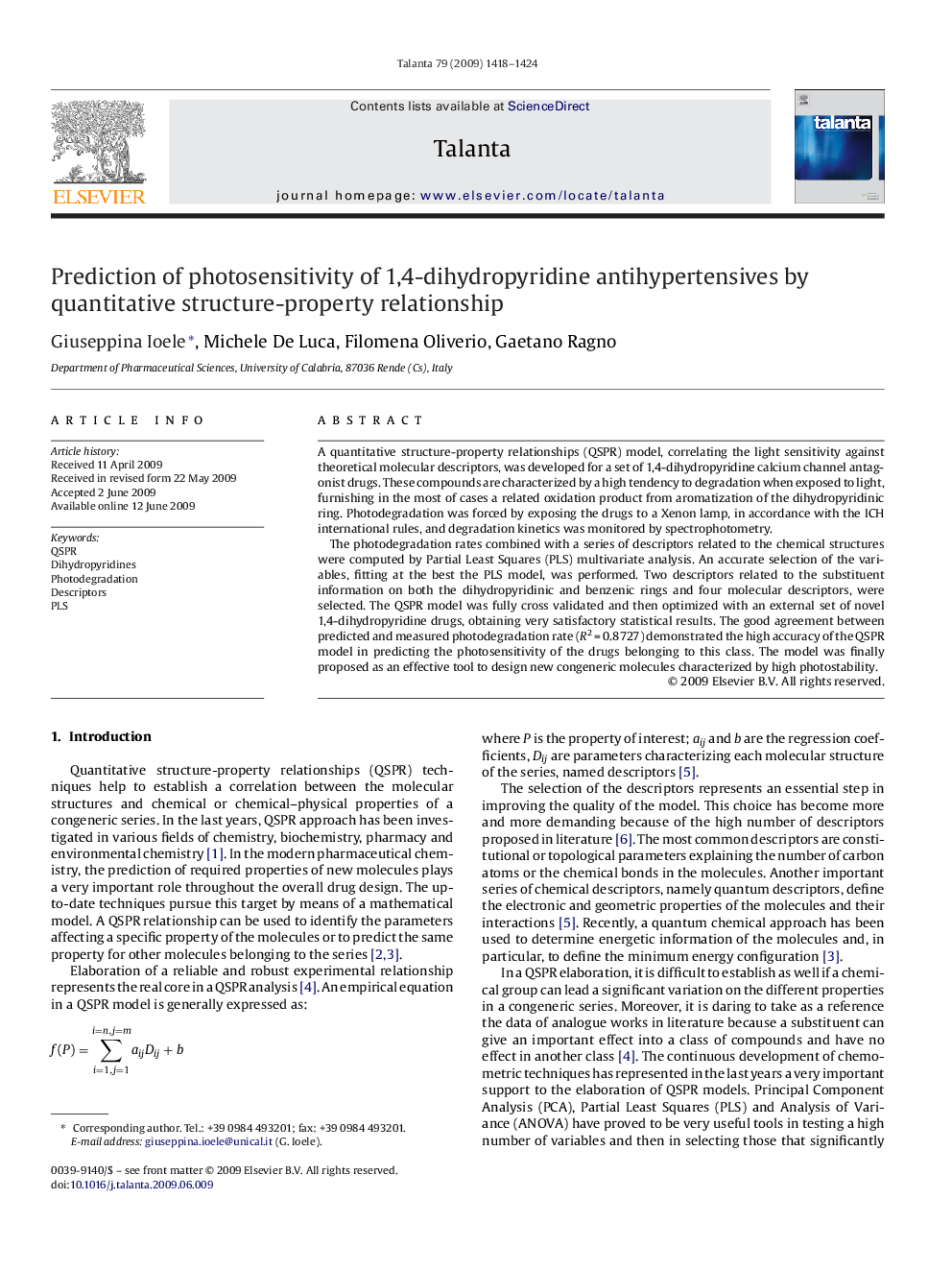 A quantitative structure-property relationships (QSPR) model, correlating the light sensitivity against theoretical molecular descriptors, was developed for a set of 1,4-dihydropyridine calcium channel antagonist drugs. These compounds are characterized by a high tendency to degradation when exposed to light, furnishing in the most of cases a related oxidation product from aromatization of the dihydropyridinic ring. Photodegradation was forced by exposing the drugs to a Xenon lamp, in accordance with the ICH international rules, and degradation kinetics was monitored by spectrophotometry.The photodegradation rates combined with a series of descriptors related to the chemical structures were computed by Partial Least Squares (PLS) multivariate analysis. An accurate selection of the variables, fitting at the best the PLS model, was performed. Two descriptors related to the substituent information on both the dihydropyridinic and benzenic rings and four molecular descriptors, were selected. The QSPR model was fully cross validated and then optimized with an external set of novel 1,4-dihydropyridine drugs, obtaining very satisfactory statistical results. The good agreement between predicted and measured photodegradation rate (R2 = 0.8727) demonstrated the high accuracy of the QSPR model in predicting the photosensitivity of the drugs belonging to this class. The model was finally proposed as an effective tool to design new congeneric molecules characterized by high photostability.