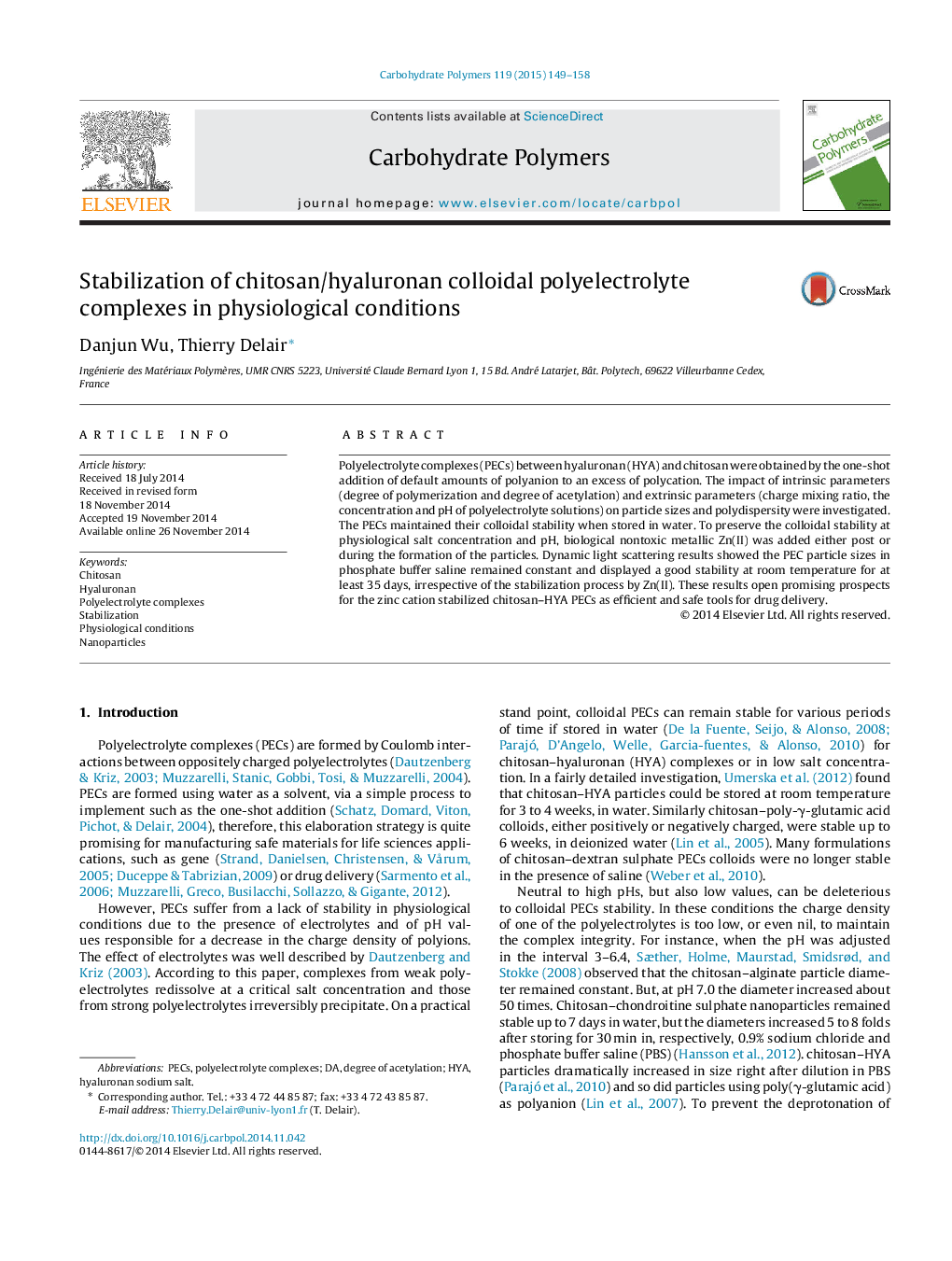 Polyelectrolyte complexes (PECs) between hyaluronan (HYA) and chitosan were obtained by the one-shot addition of default amounts of polyanion to an excess of polycation. The impact of intrinsic parameters (degree of polymerization and degree of acetylation) and extrinsic parameters (charge mixing ratio, the concentration and pH of polyelectrolyte solutions) on particle sizes and polydispersity were investigated. The PECs maintained their colloidal stability when stored in water. To preserve the colloidal stability at physiological salt concentration and pH, biological nontoxic metallic Zn(II) was added either post or during the formation of the particles. Dynamic light scattering results showed the PEC particle sizes in phosphate buffer saline remained constant and displayed a good stability at room temperature for at least 35 days, irrespective of the stabilization process by Zn(II). These results open promising prospects for the zinc cation stabilized chitosan–HYA PECs as efficient and safe tools for drug delivery.