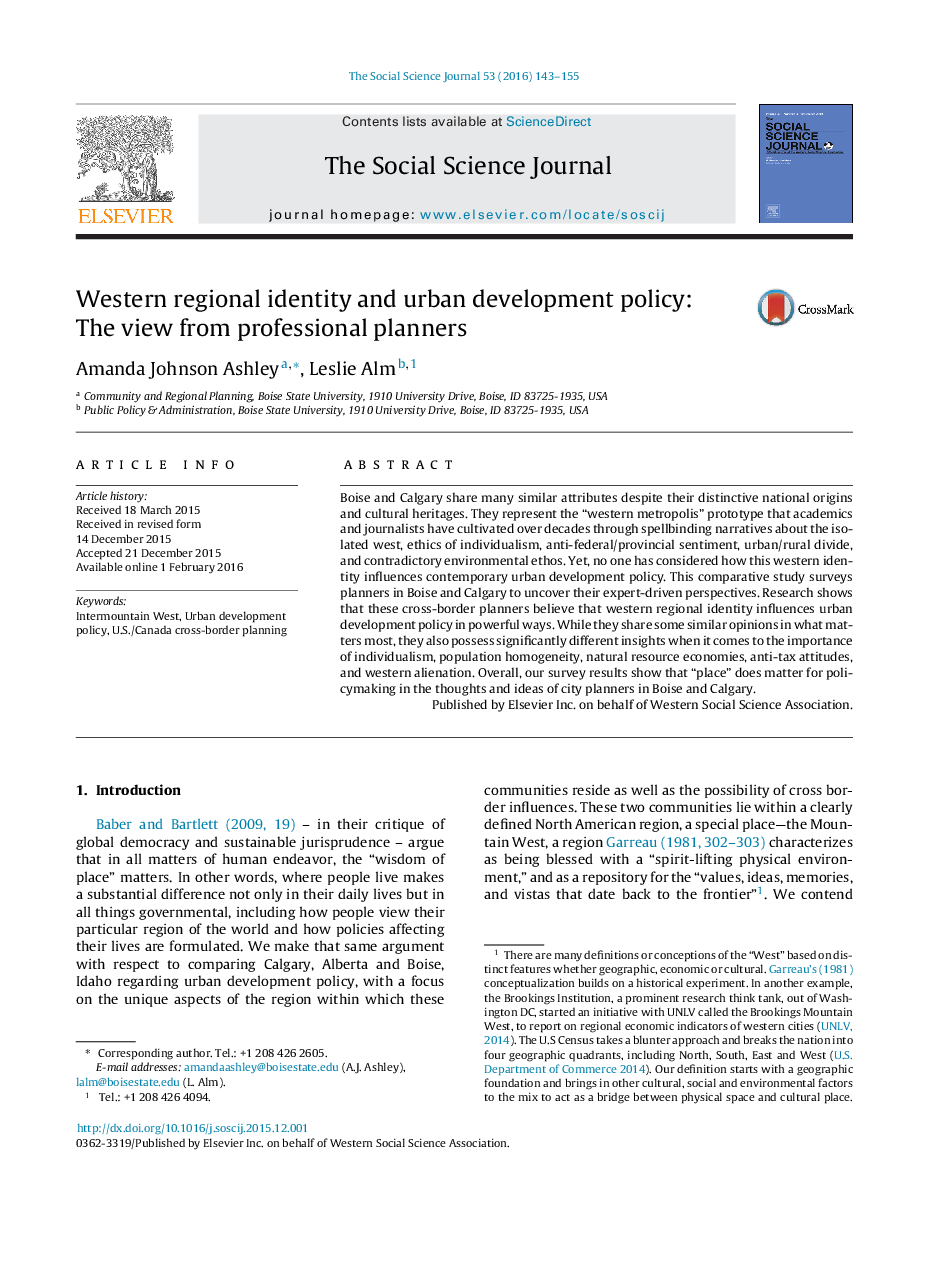 Boise and Calgary share many similar attributes despite their distinctive national origins and cultural heritages. They represent the “western metropolis” prototype that academics and journalists have cultivated over decades through spellbinding narratives about the isolated west, ethics of individualism, anti-federal/provincial sentiment, urban/rural divide, and contradictory environmental ethos. Yet, no one has considered how this western identity influences contemporary urban development policy. This comparative study surveys planners in Boise and Calgary to uncover their expert-driven perspectives. Research shows that these cross-border planners believe that western regional identity influences urban development policy in powerful ways. While they share some similar opinions in what matters most, they also possess significantly different insights when it comes to the importance of individualism, population homogeneity, natural resource economies, anti-tax attitudes, and western alienation. Overall, our survey results show that “place” does matter for policymaking in the thoughts and ideas of city planners in Boise and Calgary.