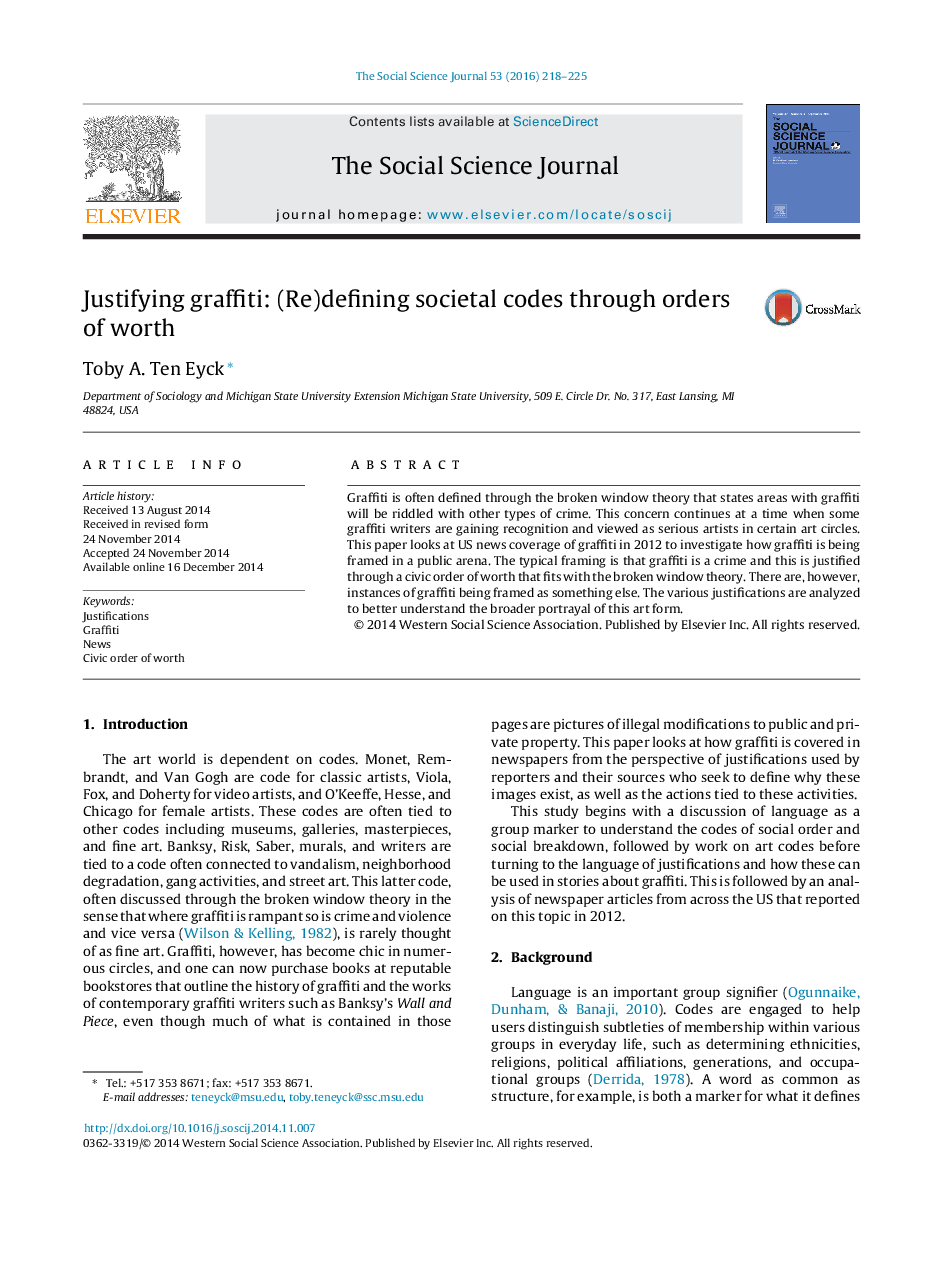 • Graffiti is recognized as a legitimate art form in some circles.
• News reports tend to define graffiti through a civic order of worth.
• Other orders of worth are beginning to appear in this coverage.

Graffiti is often defined through the broken window theory that states areas with graffiti will be riddled with other types of crime. This concern continues at a time when some graffiti writers are gaining recognition and viewed as serious artists in certain art circles. This paper looks at US news coverage of graffiti in 2012 to investigate how graffiti is being framed in a public arena. The typical framing is that graffiti is a crime and this is justified through a civic order of worth that fits with the broken window theory. There are, however, instances of graffiti being framed as something else. The various justifications are analyzed to better understand the broader portrayal of this art form.