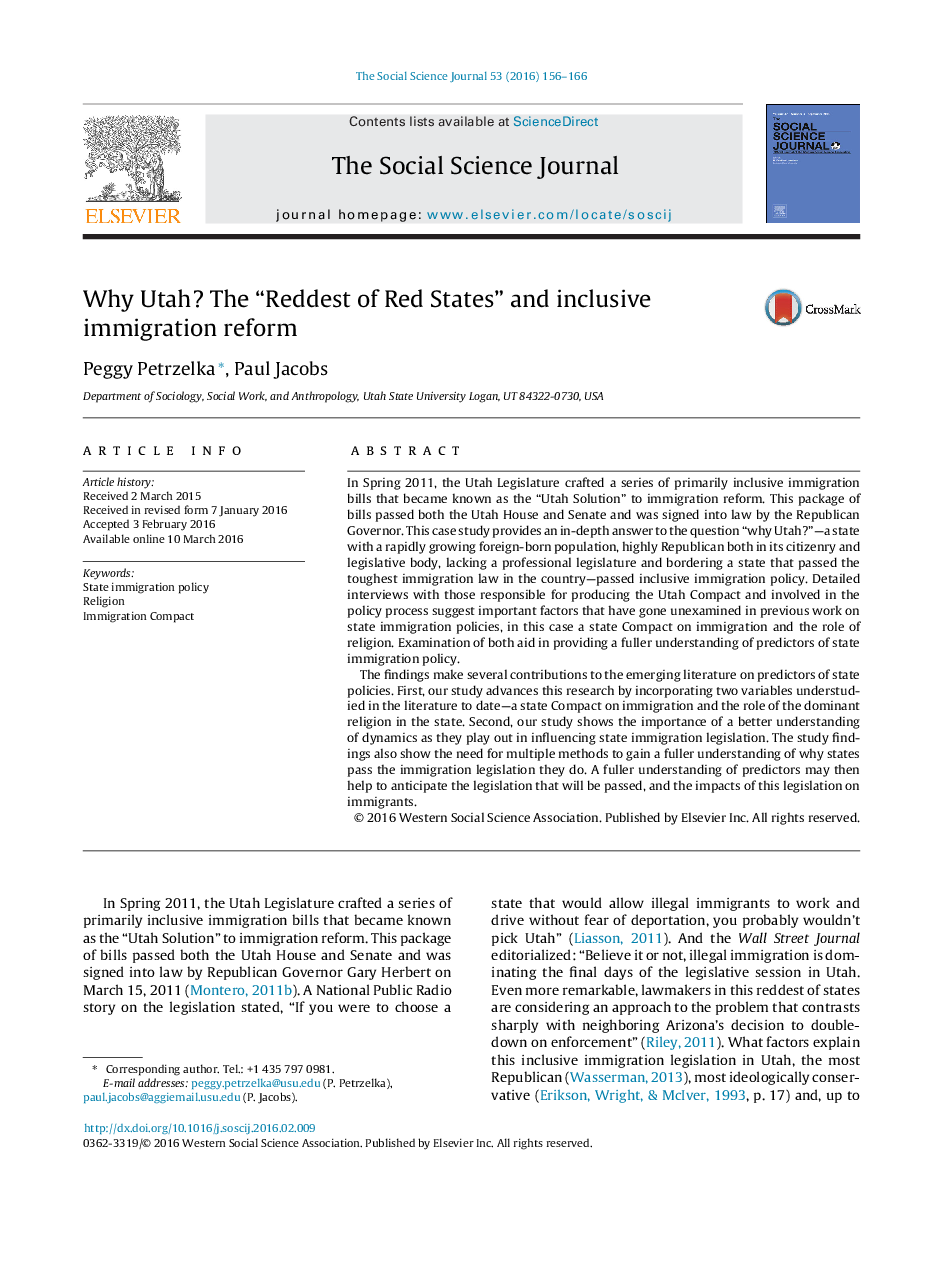 In Spring 2011, the Utah Legislature crafted a series of primarily inclusive immigration bills that became known as the “Utah Solution” to immigration reform. This package of bills passed both the Utah House and Senate and was signed into law by the Republican Governor. This case study provides an in-depth answer to the question “why Utah?”—a state with a rapidly growing foreign-born population, highly Republican both in its citizenry and legislative body, lacking a professional legislature and bordering a state that passed the toughest immigration law in the country—passed inclusive immigration policy. Detailed interviews with those responsible for producing the Utah Compact and involved in the policy process suggest important factors that have gone unexamined in previous work on state immigration policies, in this case a state Compact on immigration and the role of religion. Examination of both aid in providing a fuller understanding of predictors of state immigration policy.The findings make several contributions to the emerging literature on predictors of state policies. First, our study advances this research by incorporating two variables understudied in the literature to date—a state Compact on immigration and the role of the dominant religion in the state. Second, our study shows the importance of a better understanding of dynamics as they play out in influencing state immigration legislation. The study findings also show the need for multiple methods to gain a fuller understanding of why states pass the immigration legislation they do. A fuller understanding of predictors may then help to anticipate the legislation that will be passed, and the impacts of this legislation on immigrants.