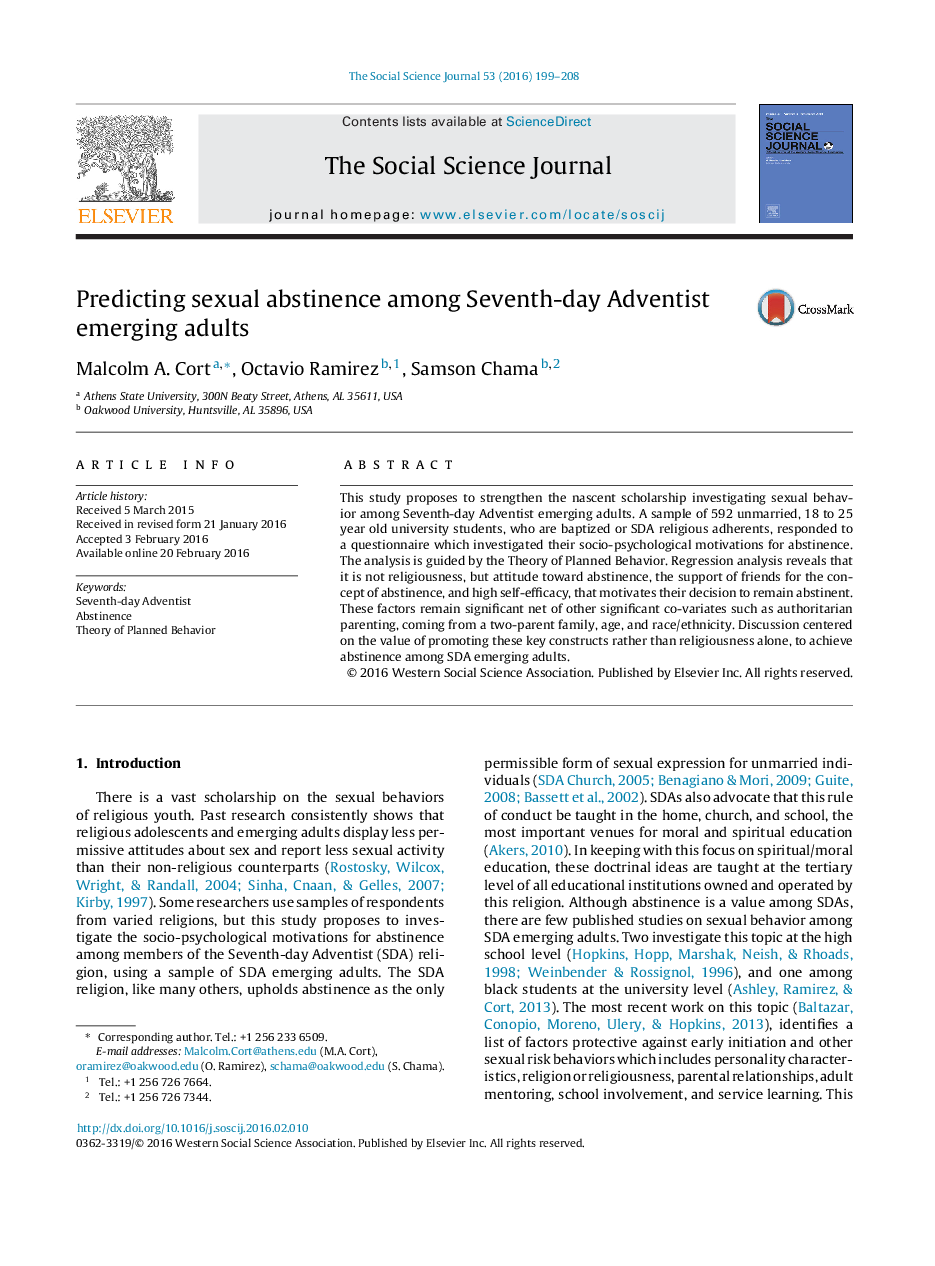 This study proposes to strengthen the nascent scholarship investigating sexual behavior among Seventh-day Adventist emerging adults. A sample of 592 unmarried, 18 to 25 year old university students, who are baptized or SDA religious adherents, responded to a questionnaire which investigated their socio-psychological motivations for abstinence. The analysis is guided by the Theory of Planned Behavior. Regression analysis reveals that it is not religiousness, but attitude toward abstinence, the support of friends for the concept of abstinence, and high self-efficacy, that motivates their decision to remain abstinent. These factors remain significant net of other significant co-variates such as authoritarian parenting, coming from a two-parent family, age, and race/ethnicity. Discussion centered on the value of promoting these key constructs rather than religiousness alone, to achieve abstinence among SDA emerging adults.