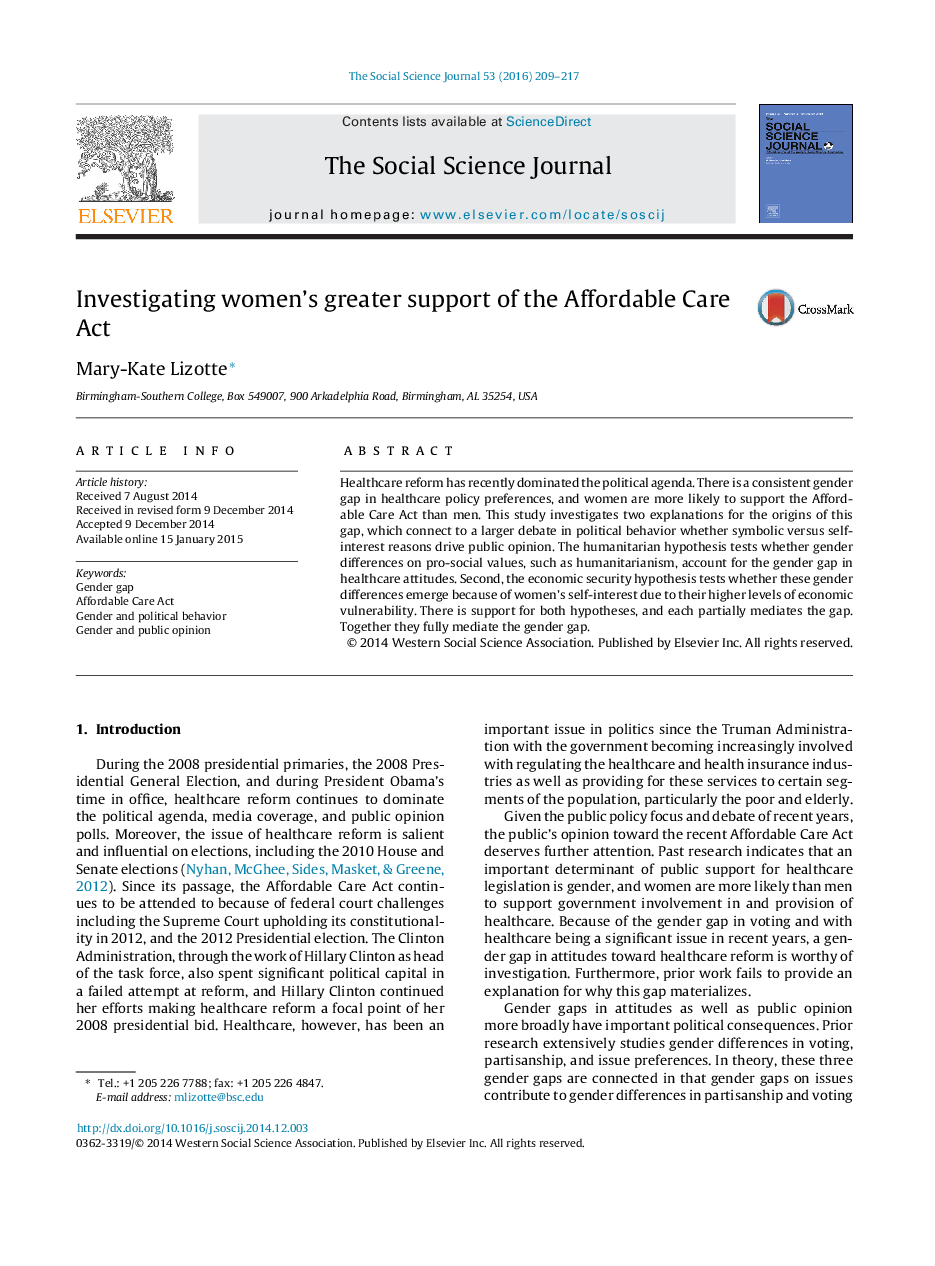 Healthcare reform has recently dominated the political agenda. There is a consistent gender gap in healthcare policy preferences, and women are more likely to support the Affordable Care Act than men. This study investigates two explanations for the origins of this gap, which connect to a larger debate in political behavior whether symbolic versus self-interest reasons drive public opinion. The humanitarian hypothesis tests whether gender differences on pro-social values, such as humanitarianism, account for the gender gap in healthcare attitudes. Second, the economic security hypothesis tests whether these gender differences emerge because of women's self-interest due to their higher levels of economic vulnerability. There is support for both hypotheses, and each partially mediates the gap. Together they fully mediate the gender gap.