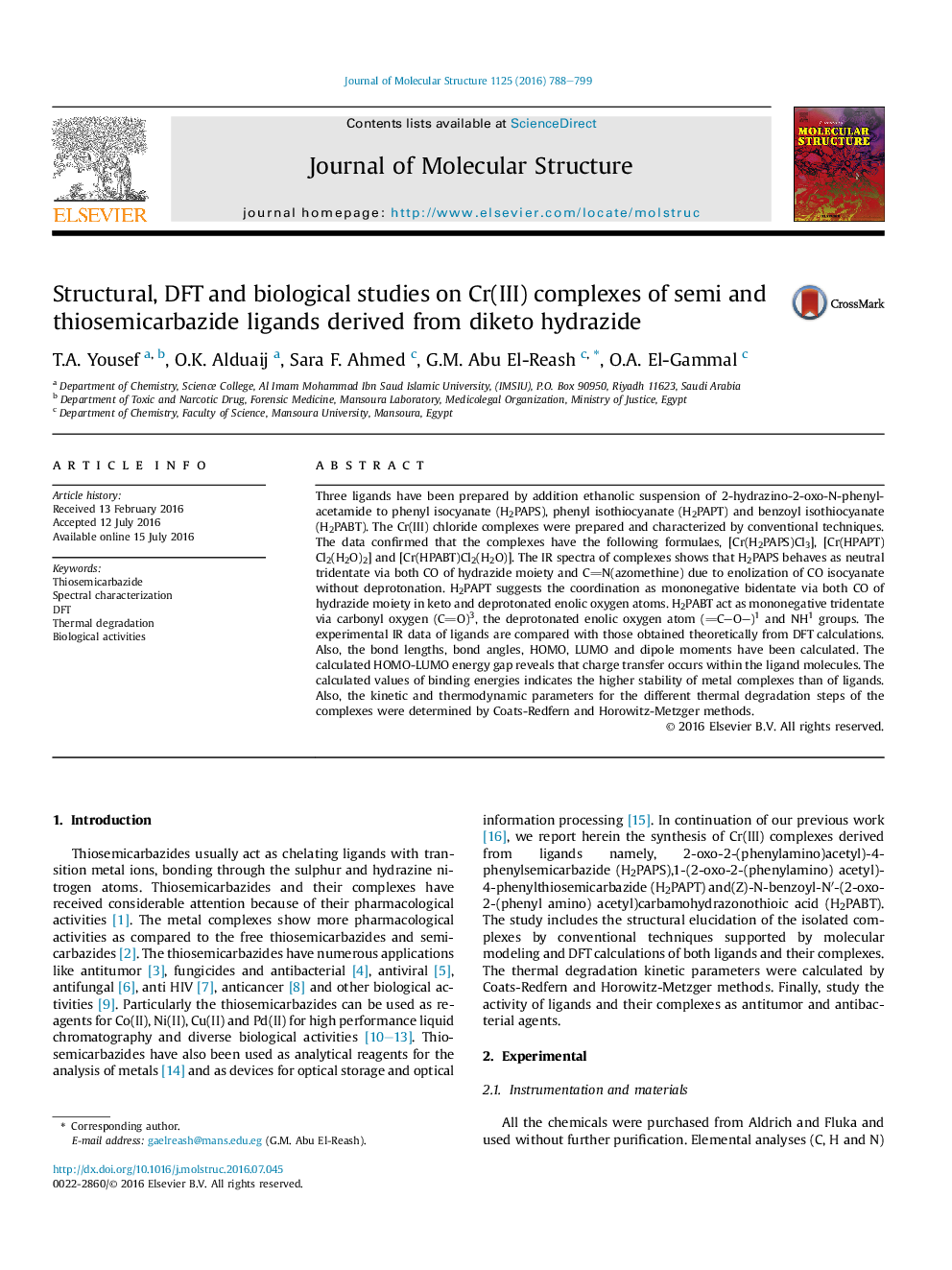 Three ligands have been prepared by addition ethanolic suspension of 2-hydrazino-2-oxo-N-phenyl-acetamide to phenyl isocyanate (H2PAPS), phenyl isothiocyanate (H2PAPT) and benzoyl isothiocyanate (H2PABT). The Cr(III) chloride complexes were prepared and characterized by conventional techniques. The data confirmed that the complexes have the following formulaes, [Cr(H2PAPS)Cl3], [Cr(HPAPT)Cl2(H2O)2] and [Cr(HPABT)Cl2(H2O)]. The IR spectra of complexes shows that H2PAPS behaves as neutral tridentate via both CO of hydrazide moiety and CN(azomethine) due to enolization of CO isocyanate without deprotonation. H2PAPT suggests the coordination as mononegative bidentate via both CO of hydrazide moiety in keto and deprotonated enolic oxygen atoms. H2PABT act as mononegative tridentate via carbonyl oxygen (CO)3, the deprotonated enolic oxygen atom (CO)1 and NH1 groups. The experimental IR data of ligands are compared with those obtained theoretically from DFT calculations. Also, the bond lengths, bond angles, HOMO, LUMO and dipole moments have been calculated. The calculated HOMO-LUMO energy gap reveals that charge transfer occurs within the ligand molecules. The calculated values of binding energies indicates the higher stability of metal complexes than of ligands. Also, the kinetic and thermodynamic parameters for the different thermal degradation steps of the complexes were determined by Coats-Redfern and Horowitz-Metzger methods.