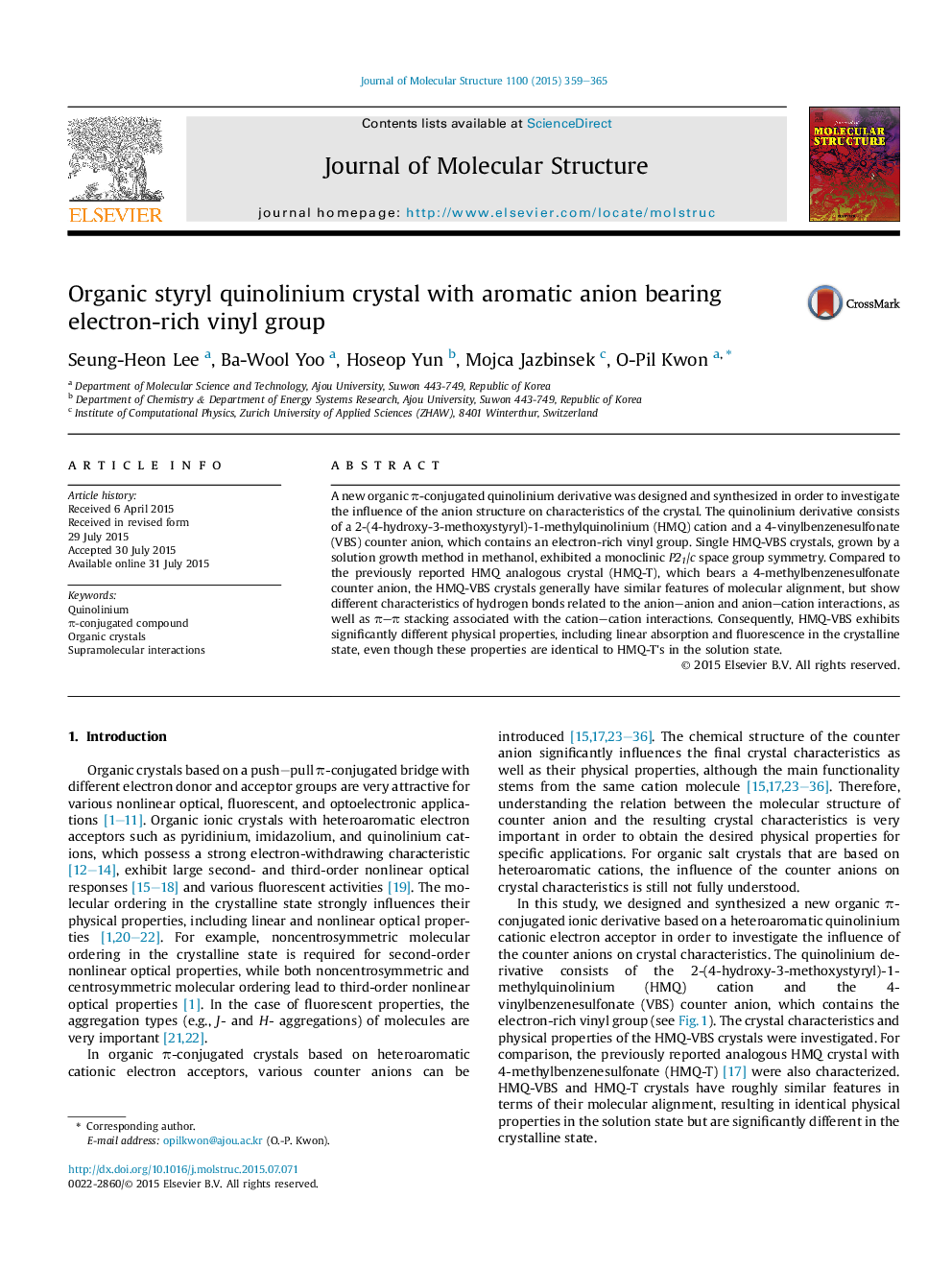 A new organic π-conjugated quinolinium derivative was designed and synthesized in order to investigate the influence of the anion structure on characteristics of the crystal. The quinolinium derivative consists of a 2-(4-hydroxy-3-methoxystyryl)-1-methylquinolinium (HMQ) cation and a 4-vinylbenzenesulfonate (VBS) counter anion, which contains an electron-rich vinyl group. Single HMQ-VBS crystals, grown by a solution growth method in methanol, exhibited a monoclinic P21/c space group symmetry. Compared to the previously reported HMQ analogous crystal (HMQ-T), which bears a 4-methylbenzenesulfonate counter anion, the HMQ-VBS crystals generally have similar features of molecular alignment, but show different characteristics of hydrogen bonds related to the anion–anion and anion–cation interactions, as well as π–π stacking associated with the cation–cation interactions. Consequently, HMQ-VBS exhibits significantly different physical properties, including linear absorption and fluorescence in the crystalline state, even though these properties are identical to HMQ-T's in the solution state.