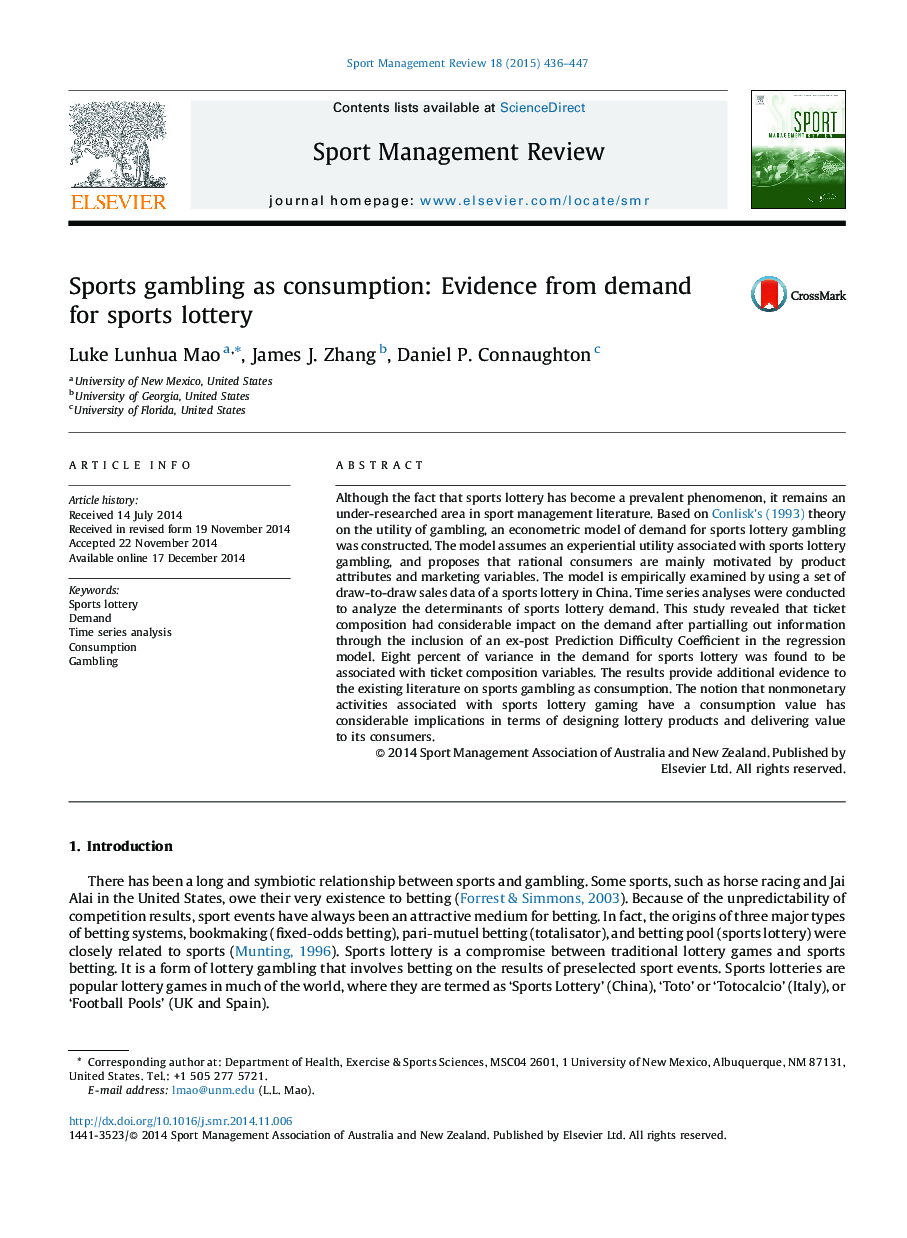 Although the fact that sports lottery has become a prevalent phenomenon, it remains an under-researched area in sport management literature. Based on Conlisk's (1993) theory on the utility of gambling, an econometric model of demand for sports lottery gambling was constructed. The model assumes an experiential utility associated with sports lottery gambling, and proposes that rational consumers are mainly motivated by product attributes and marketing variables. The model is empirically examined by using a set of draw-to-draw sales data of a sports lottery in China. Time series analyses were conducted to analyze the determinants of sports lottery demand. This study revealed that ticket composition had considerable impact on the demand after partialling out information through the inclusion of an ex-post Prediction Difficulty Coefficient in the regression model. Eight percent of variance in the demand for sports lottery was found to be associated with ticket composition variables. The results provide additional evidence to the existing literature on sports gambling as consumption. The notion that nonmonetary activities associated with sports lottery gaming have a consumption value has considerable implications in terms of designing lottery products and delivering value to its consumers.