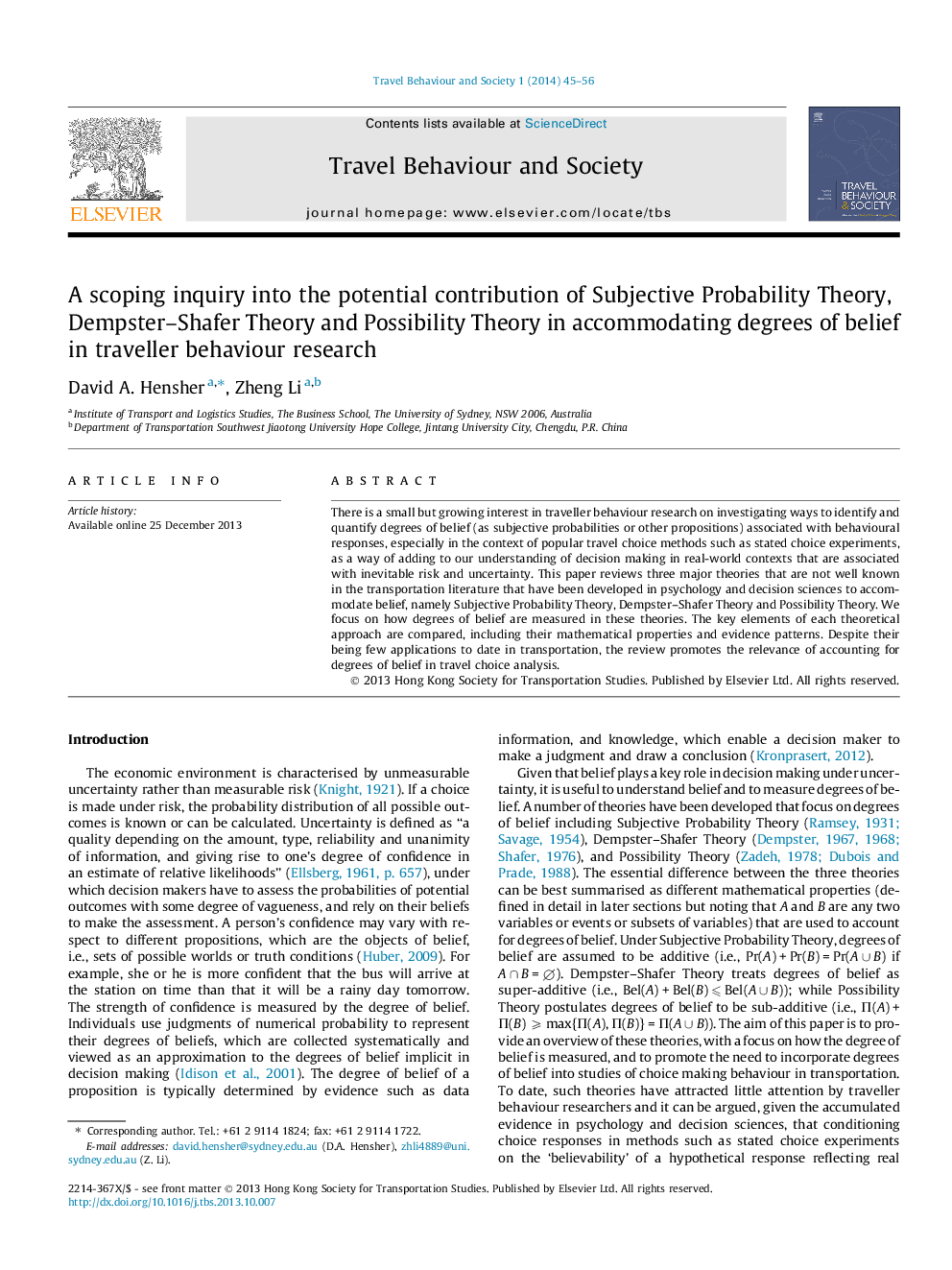 There is a small but growing interest in traveller behaviour research on investigating ways to identify and quantify degrees of belief (as subjective probabilities or other propositions) associated with behavioural responses, especially in the context of popular travel choice methods such as stated choice experiments, as a way of adding to our understanding of decision making in real-world contexts that are associated with inevitable risk and uncertainty. This paper reviews three major theories that are not well known in the transportation literature that have been developed in psychology and decision sciences to accommodate belief, namely Subjective Probability Theory, Dempster–Shafer Theory and Possibility Theory. We focus on how degrees of belief are measured in these theories. The key elements of each theoretical approach are compared, including their mathematical properties and evidence patterns. Despite their being few applications to date in transportation, the review promotes the relevance of accounting for degrees of belief in travel choice analysis.