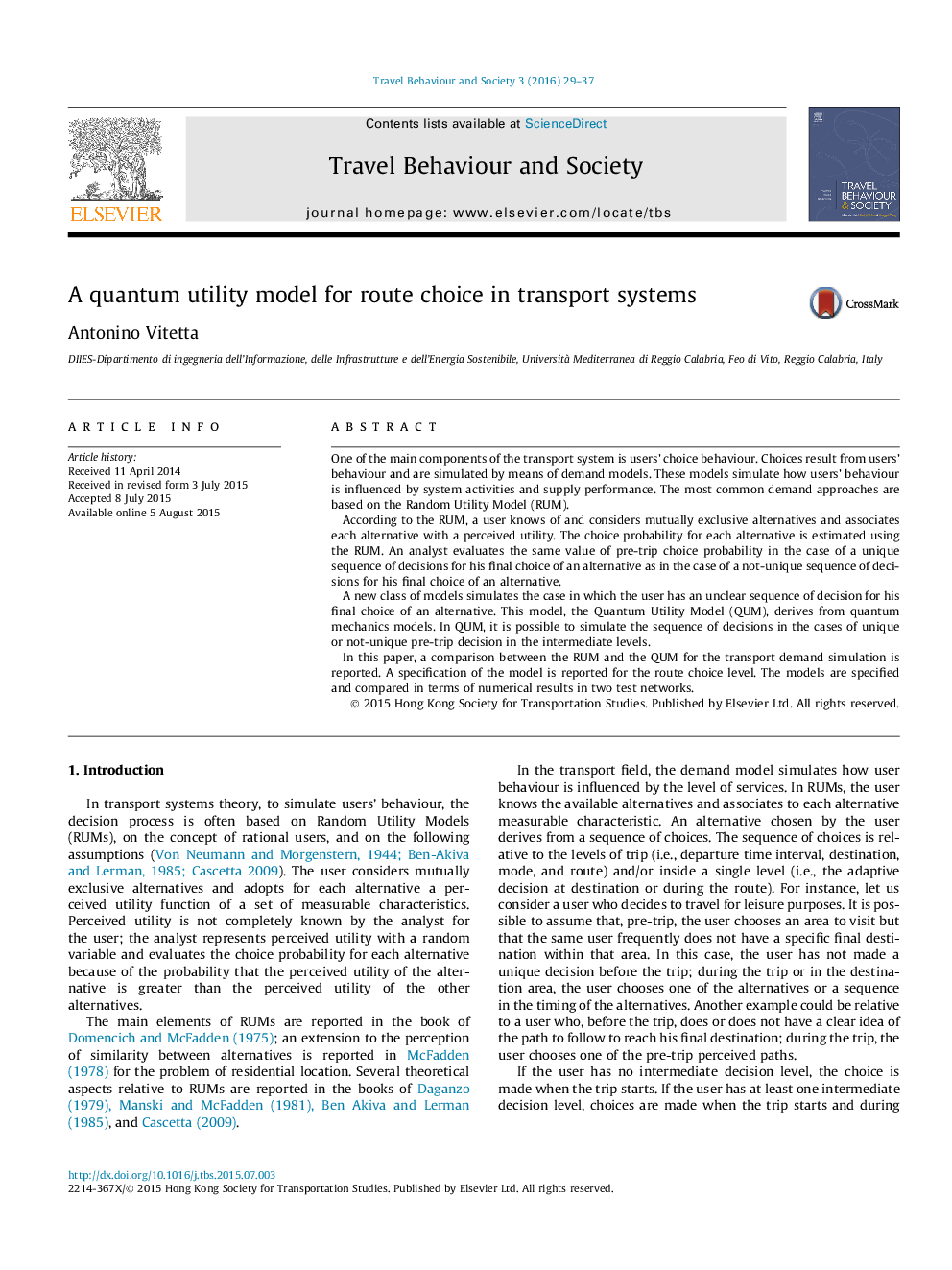 One of the main components of the transport system is users’ choice behaviour. Choices result from users’ behaviour and are simulated by means of demand models. These models simulate how users’ behaviour is influenced by system activities and supply performance. The most common demand approaches are based on the Random Utility Model (RUM).According to the RUM, a user knows of and considers mutually exclusive alternatives and associates each alternative with a perceived utility. The choice probability for each alternative is estimated using the RUM. An analyst evaluates the same value of pre-trip choice probability in the case of a unique sequence of decisions for his final choice of an alternative as in the case of a not-unique sequence of decisions for his final choice of an alternative.A new class of models simulates the case in which the user has an unclear sequence of decision for his final choice of an alternative. This model, the Quantum Utility Model (QUM), derives from quantum mechanics models. In QUM, it is possible to simulate the sequence of decisions in the cases of unique or not-unique pre-trip decision in the intermediate levels.In this paper, a comparison between the RUM and the QUM for the transport demand simulation is reported. A specification of the model is reported for the route choice level. The models are specified and compared in terms of numerical results in two test networks.