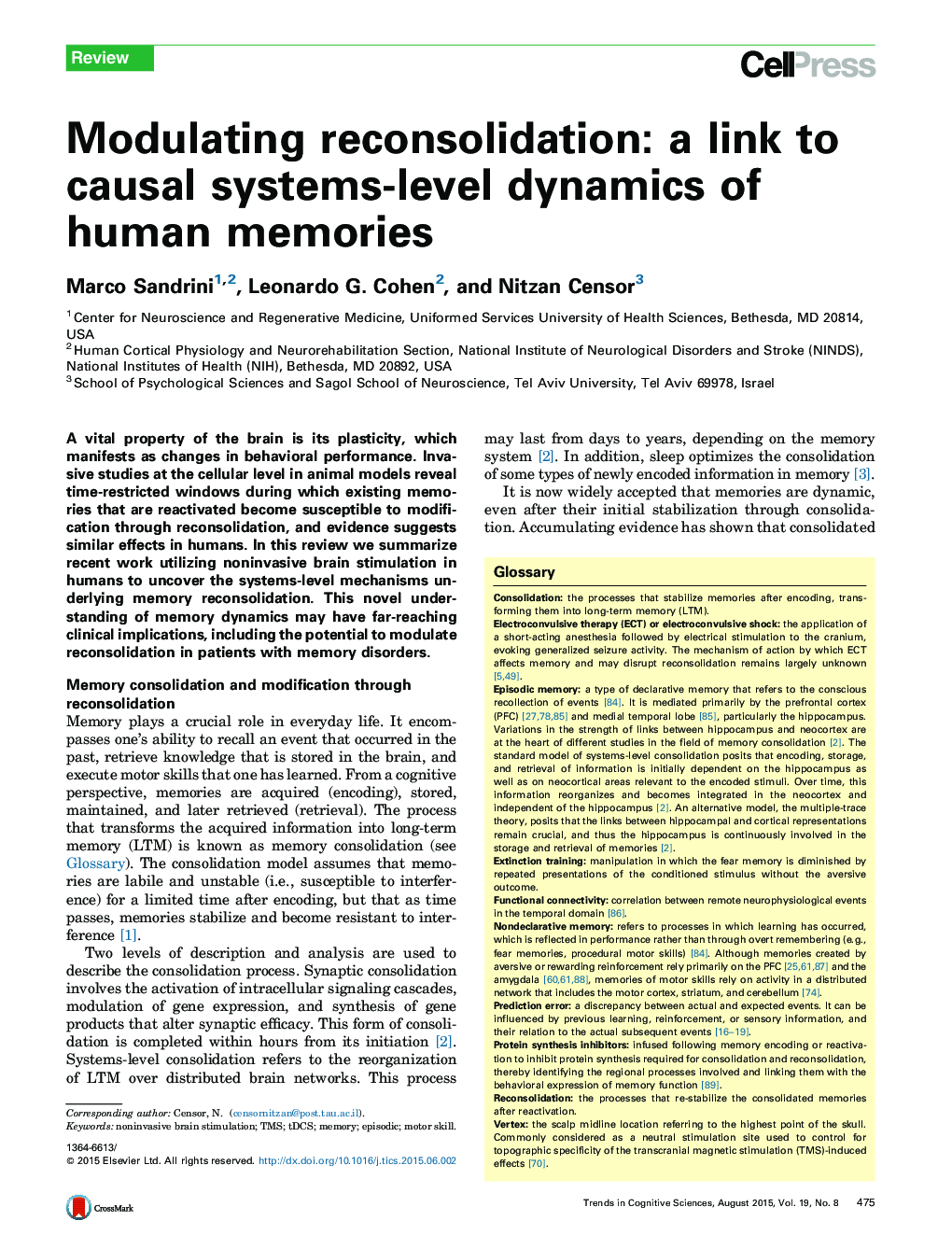 A vital property of the brain is its plasticity, which manifests as changes in behavioral performance. Invasive studies at the cellular level in animal models reveal time-restricted windows during which existing memories that are reactivated become susceptible to modification through reconsolidation, and evidence suggests similar effects in humans. In this review we summarize recent work utilizing noninvasive brain stimulation in humans to uncover the systems-level mechanisms underlying memory reconsolidation. This novel understanding of memory dynamics may have far-reaching clinical implications, including the potential to modulate reconsolidation in patients with memory disorders.