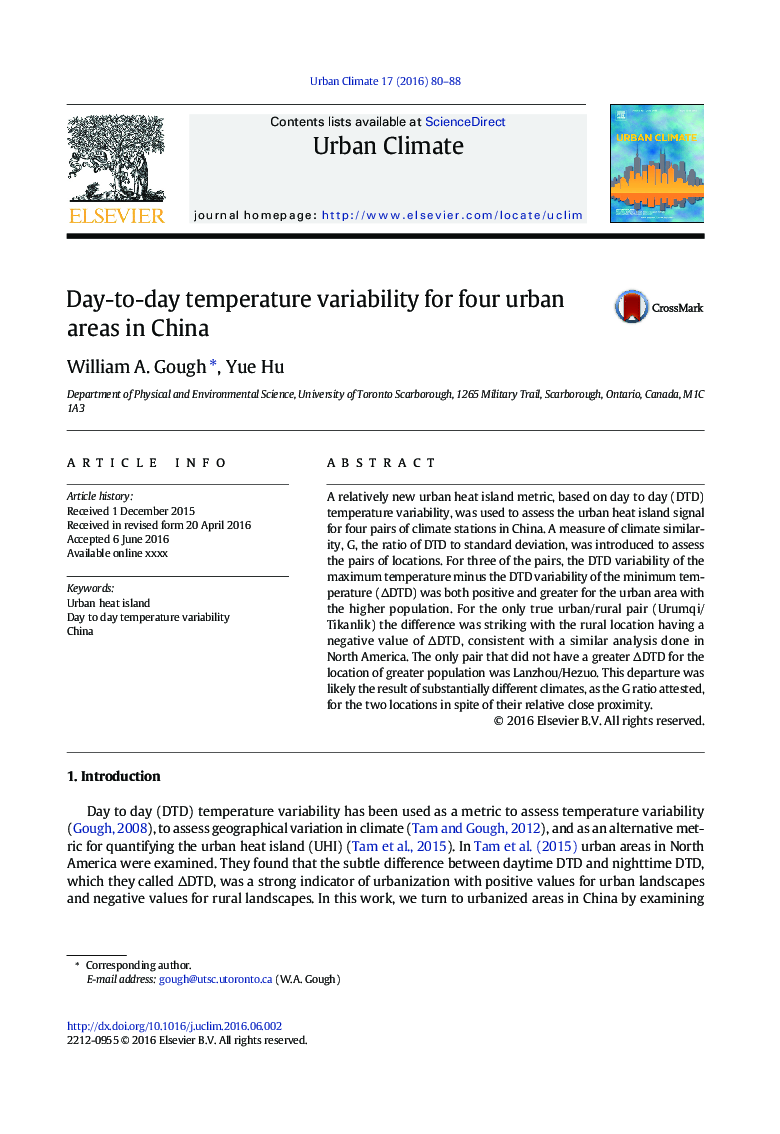 • For the first time the day to day variability technique has been applied to Chinese cities.
• The difference between urban and rural sites has a clear signature which is also evident in other parts of the world.
• The day to day temperature variability framework has been shown to be sensitive to the magnitude of urbanization and climate type.

A relatively new urban heat island metric, based on day to day (DTD) temperature variability, was used to assess the urban heat island signal for four pairs of climate stations in China. A measure of climate similarity, G, the ratio of DTD to standard deviation, was introduced to assess the pairs of locations. For three of the pairs, the DTD variability of the maximum temperature minus the DTD variability of the minimum temperature (ΔDTD) was both positive and greater for the urban area with the higher population. For the only true urban/rural pair (Urumqi/Tikanlik) the difference was striking with the rural location having a negative value of ΔDTD, consistent with a similar analysis done in North America. The only pair that did not have a greater ΔDTD for the location of greater population was Lanzhou/Hezuo. This departure was likely the result of substantially different climates, as the G ratio attested, for the two locations in spite of their relative close proximity.