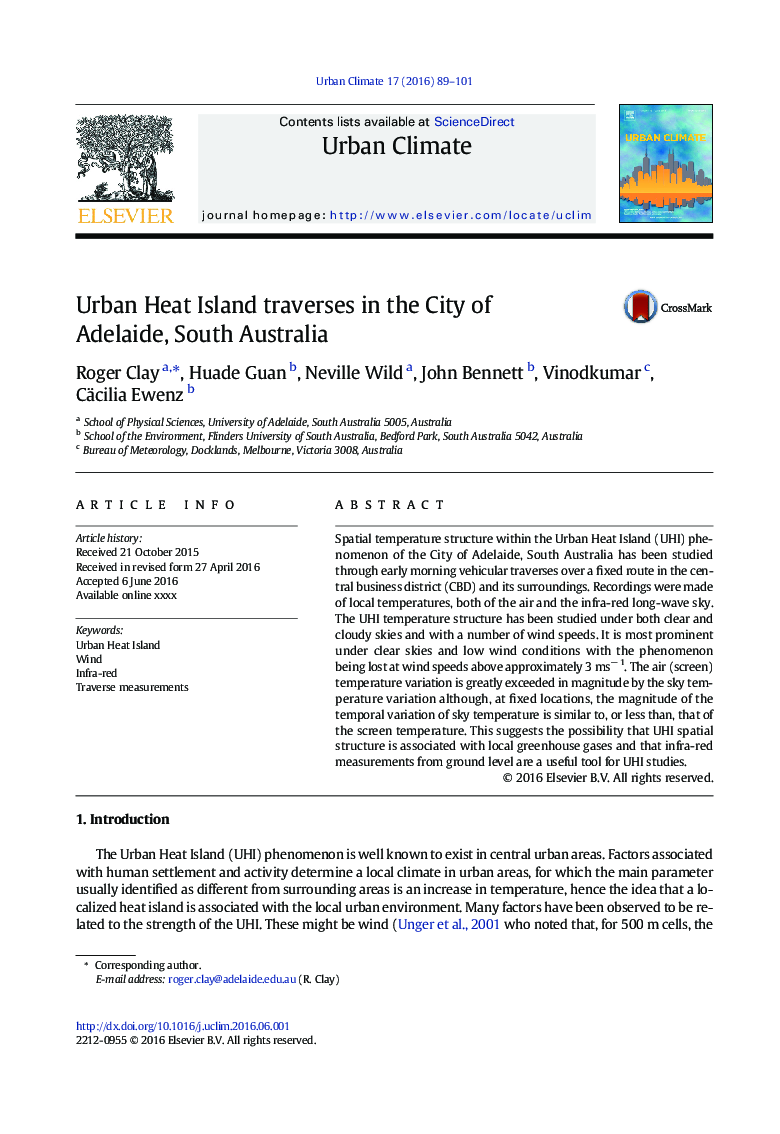 Spatial temperature structure within the Urban Heat Island (UHI) phenomenon of the City of Adelaide, South Australia has been studied through early morning vehicular traverses over a fixed route in the central business district (CBD) and its surroundings. Recordings were made of local temperatures, both of the air and the infra-red long-wave sky. The UHI temperature structure has been studied under both clear and cloudy skies and with a number of wind speeds. It is most prominent under clear skies and low wind conditions with the phenomenon being lost at wind speeds above approximately 3 ms− 1. The air (screen) temperature variation is greatly exceeded in magnitude by the sky temperature variation although, at fixed locations, the magnitude of the temporal variation of sky temperature is similar to, or less than, that of the screen temperature. This suggests the possibility that UHI spatial structure is associated with local greenhouse gases and that infra-red measurements from ground level are a useful tool for UHI studies.