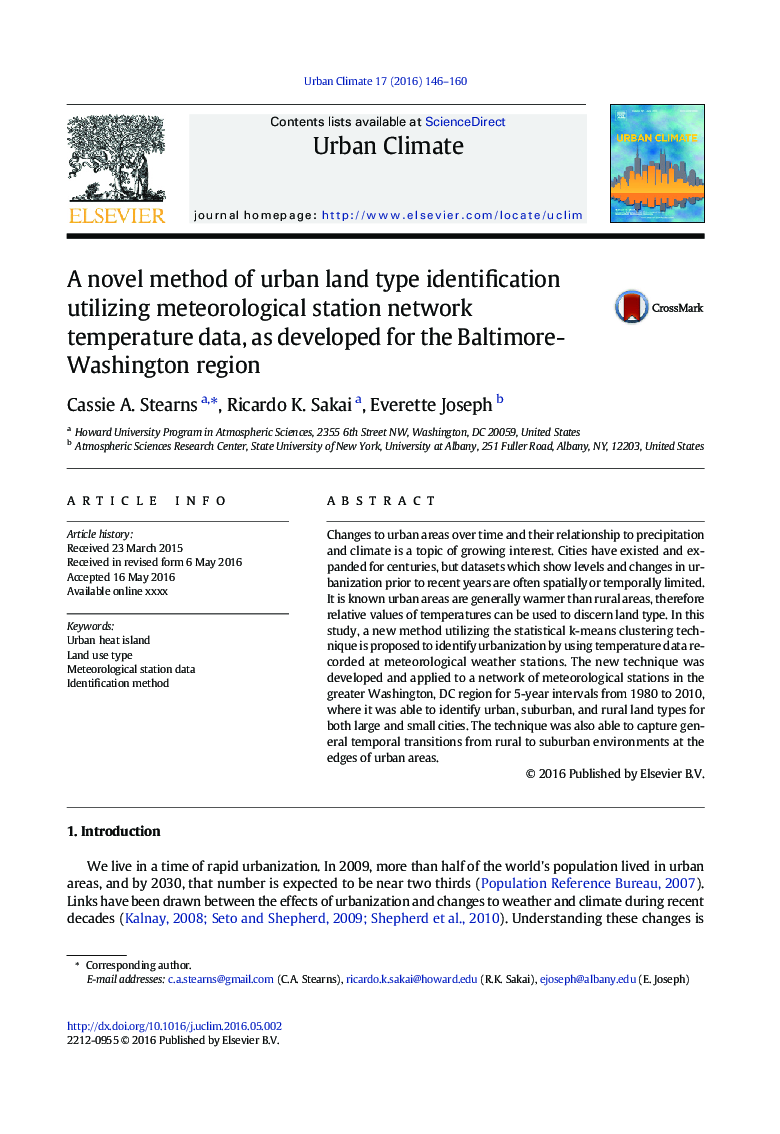 Changes to urban areas over time and their relationship to precipitation and climate is a topic of growing interest. Cities have existed and expanded for centuries, but datasets which show levels and changes in urbanization prior to recent years are often spatially or temporally limited. It is known urban areas are generally warmer than rural areas, therefore relative values of temperatures can be used to discern land type. In this study, a new method utilizing the statistical k-means clustering technique is proposed to identify urbanization by using temperature data recorded at meteorological weather stations. The new technique was developed and applied to a network of meteorological stations in the greater Washington, DC region for 5-year intervals from 1980 to 2010, where it was able to identify urban, suburban, and rural land types for both large and small cities. The technique was also able to capture general temporal transitions from rural to suburban environments at the edges of urban areas.