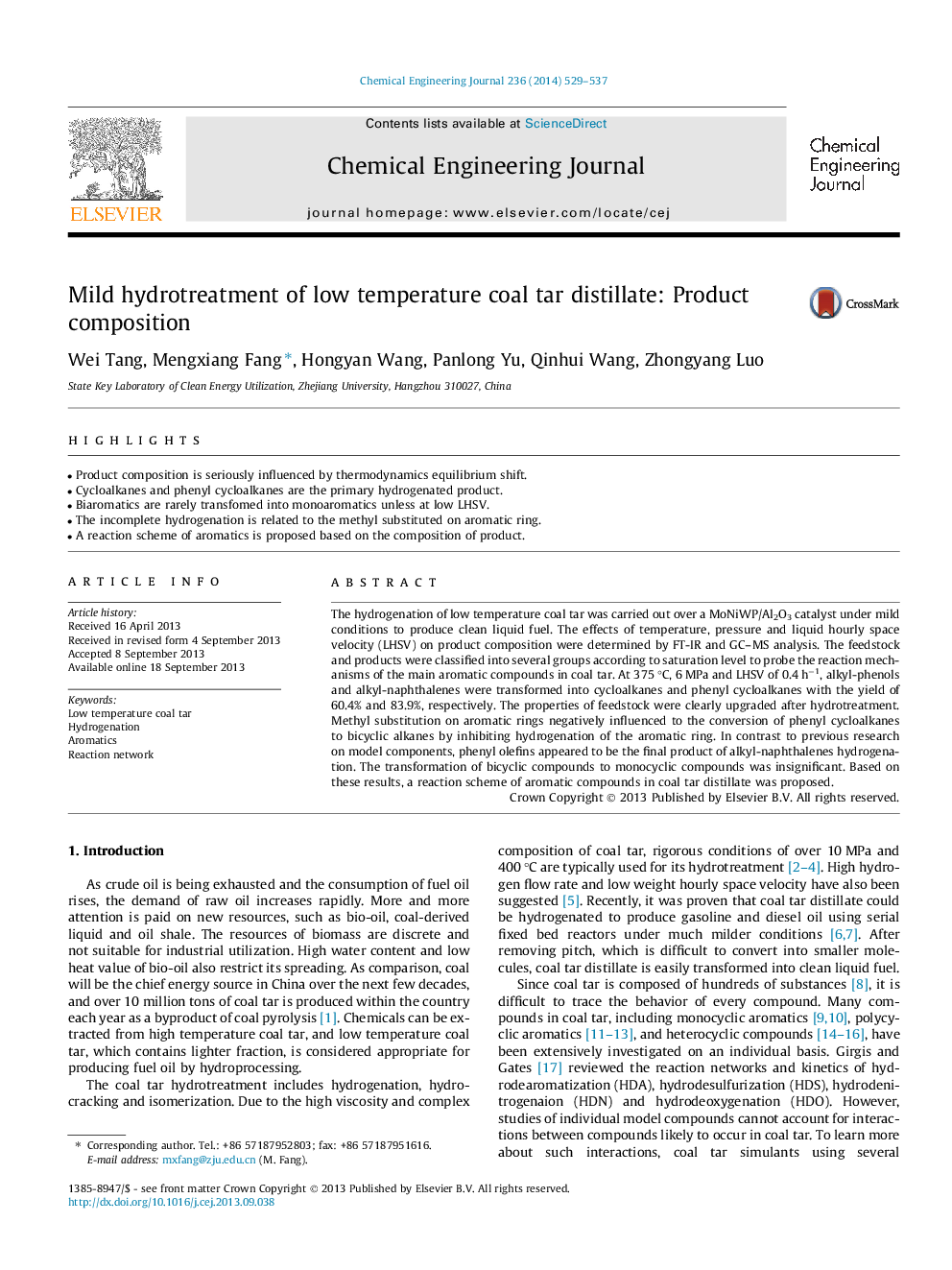 • Product composition is seriously influenced by thermodynamics equilibrium shift.
• Cycloalkanes and phenyl cycloalkanes are the primary hydrogenated product.
• Biaromatics are rarely transfomed into monoaromatics unless at low LHSV.
• The incomplete hydrogenation is related to the methyl substituted on aromatic ring.
• A reaction scheme of aromatics is proposed based on the composition of product.

The hydrogenation of low temperature coal tar was carried out over a MoNiWP/Al2O3 catalyst under mild conditions to produce clean liquid fuel. The effects of temperature, pressure and liquid hourly space velocity (LHSV) on product composition were determined by FT-IR and GC–MS analysis. The feedstock and products were classified into several groups according to saturation level to probe the reaction mechanisms of the main aromatic compounds in coal tar. At 375 °C, 6 MPa and LHSV of 0.4 h−1, alkyl-phenols and alkyl-naphthalenes were transformed into cycloalkanes and phenyl cycloalkanes with the yield of 60.4% and 83.9%, respectively. The properties of feedstock were clearly upgraded after hydrotreatment. Methyl substitution on aromatic rings negatively influenced to the conversion of phenyl cycloalkanes to bicyclic alkanes by inhibiting hydrogenation of the aromatic ring. In contrast to previous research on model components, phenyl olefins appeared to be the final product of alkyl-naphthalenes hydrogenation. The transformation of bicyclic compounds to monocyclic compounds was insignificant. Based on these results, a reaction scheme of aromatic compounds in coal tar distillate was proposed.