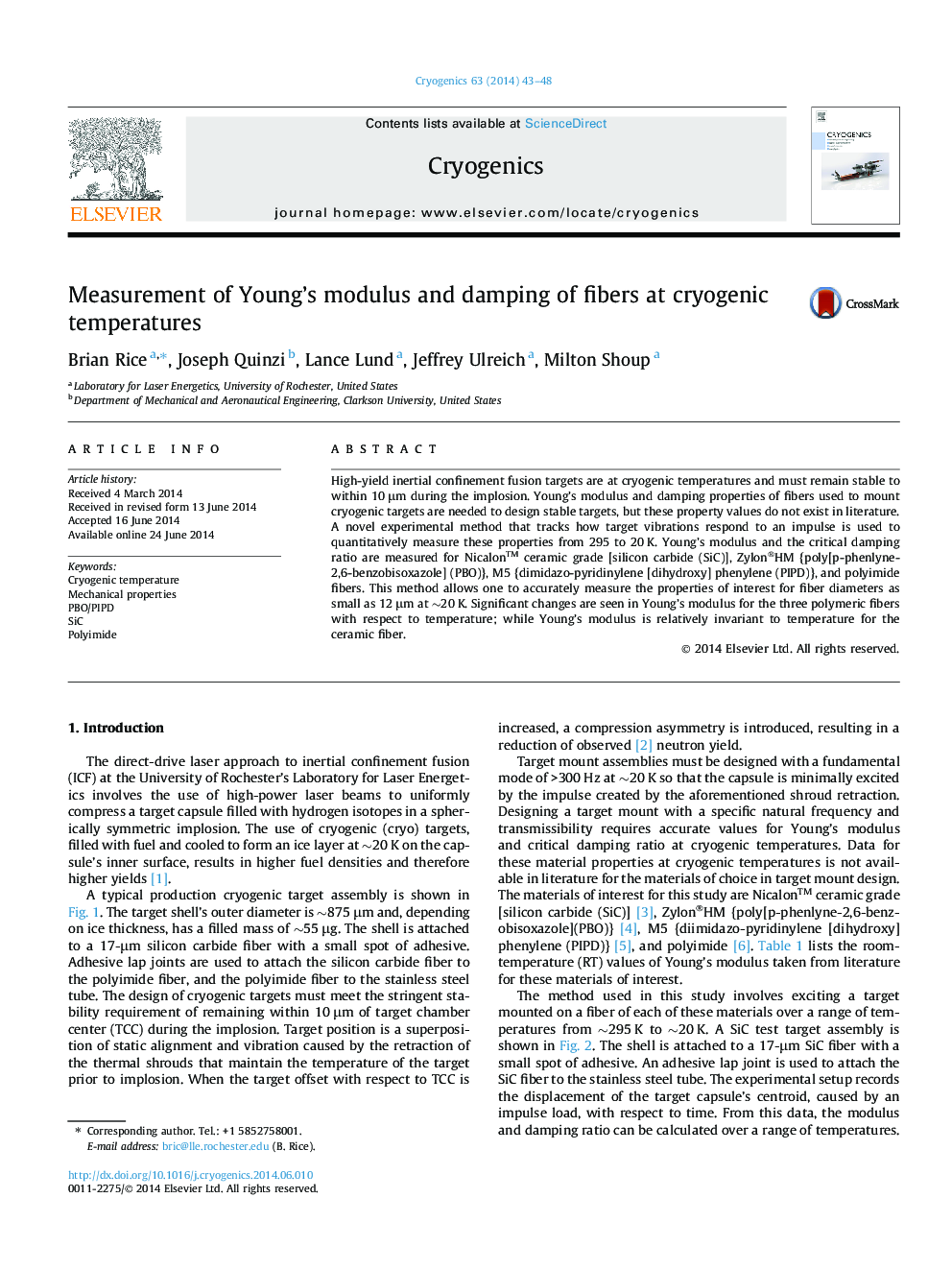 High-yield inertial confinement fusion targets are at cryogenic temperatures and must remain stable to within 10 μm during the implosion. Young’s modulus and damping properties of fibers used to mount cryogenic targets are needed to design stable targets, but these property values do not exist in literature. A novel experimental method that tracks how target vibrations respond to an impulse is used to quantitatively measure these properties from 295 to 20 K. Young’s modulus and the critical damping ratio are measured for NicalonTM ceramic grade [silicon carbide (SiC)], Zylon®HM {poly[p-phenlyne-2,6-benzobisoxazole] (PBO)}, M5 {dimidazo-pyridinylene [dihydroxy] phenylene (PIPD)}, and polyimide fibers. This method allows one to accurately measure the properties of interest for fiber diameters as small as 12 μm at ∼20 K. Significant changes are seen in Young’s modulus for the three polymeric fibers with respect to temperature; while Young’s modulus is relatively invariant to temperature for the ceramic fiber.