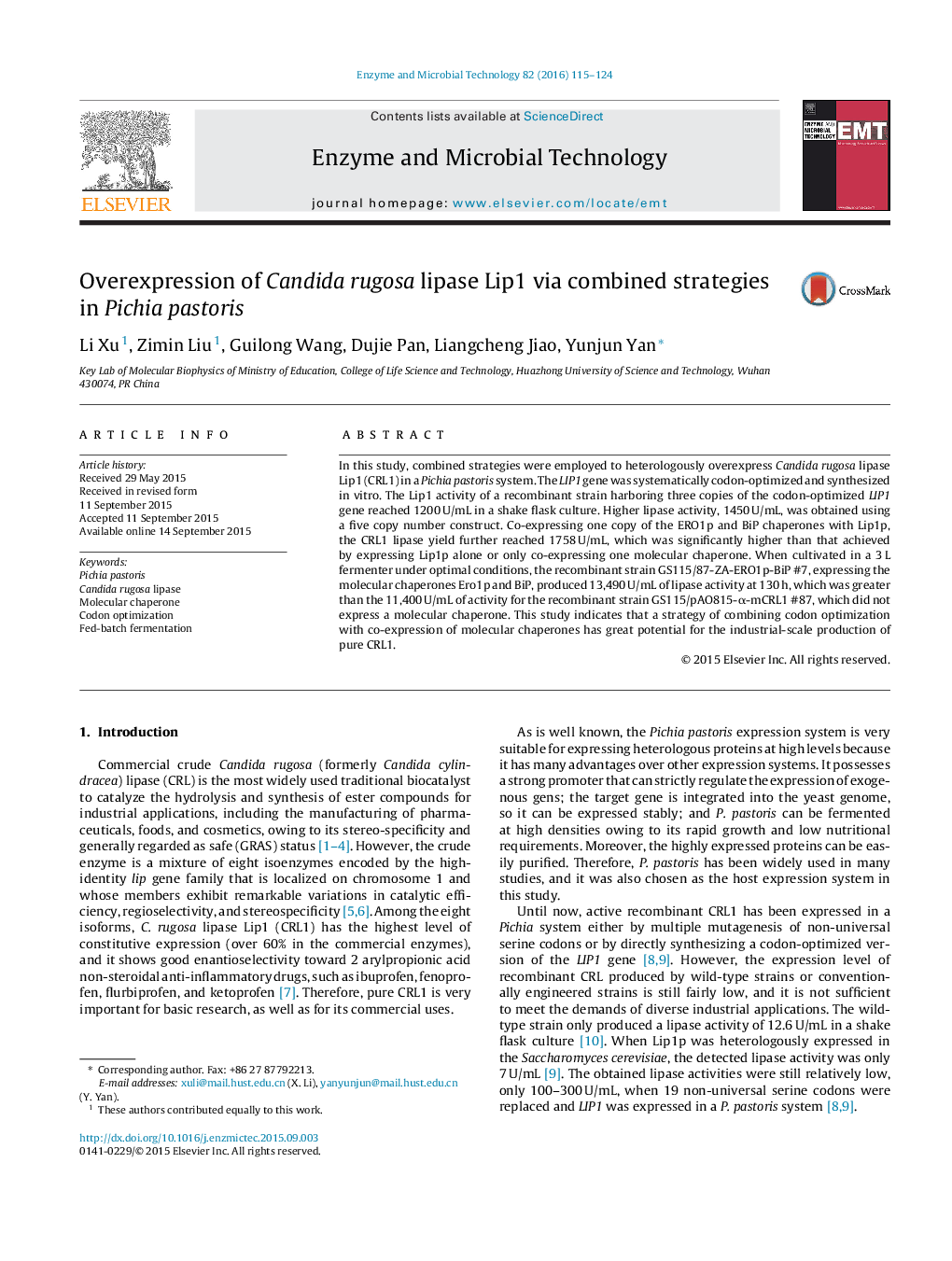 In this study, combined strategies were employed to heterologously overexpress Candida rugosa lipase Lip1 (CRL1) in a Pichia pastoris system. The LIP1 gene was systematically codon-optimized and synthesized in vitro. The Lip1 activity of a recombinant strain harboring three copies of the codon-optimized LIP1 gene reached 1200 U/mL in a shake flask culture. Higher lipase activity, 1450 U/mL, was obtained using a five copy number construct. Co-expressing one copy of the ERO1p and BiP chaperones with Lip1p, the CRL1 lipase yield further reached 1758 U/mL, which was significantly higher than that achieved by expressing Lip1p alone or only co-expressing one molecular chaperone. When cultivated in a 3 L fermenter under optimal conditions, the recombinant strain GS115/87-ZA-ERO1p-BiP #7, expressing the molecular chaperones Ero1p and BiP, produced 13,490 U/mL of lipase activity at 130 h, which was greater than the 11,400 U/mL of activity for the recombinant strain GS115/pAO815-α-mCRL1 #87, which did not express a molecular chaperone. This study indicates that a strategy of combining codon optimization with co-expression of molecular chaperones has great potential for the industrial-scale production of pure CRL1.