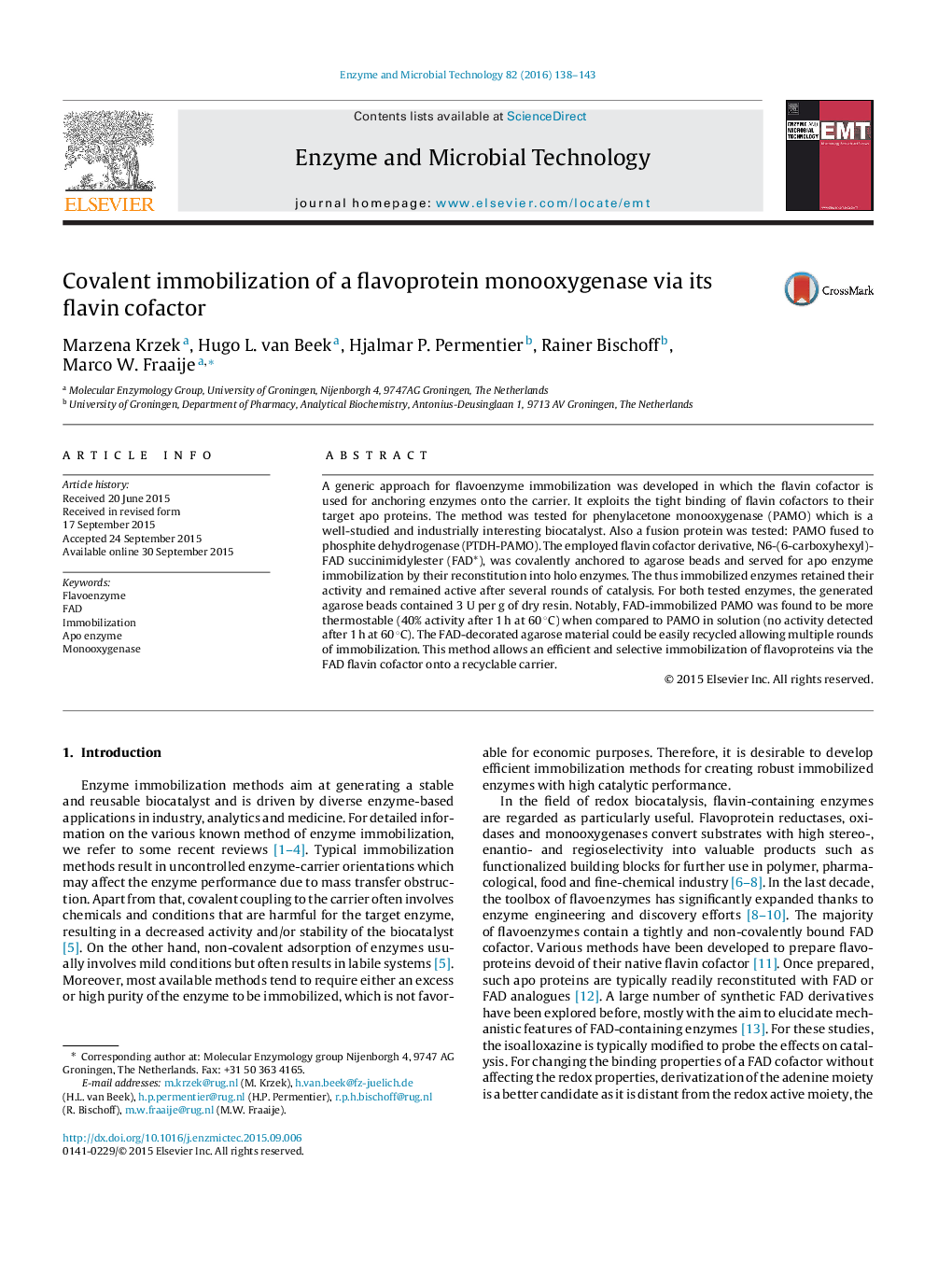 • Fully reconstitutable apo forms of PAMO and PTDH-PAMO were prepared in a single chromatographic step.
• A robust FAD-decorated agarose-based carrier material was prepared which can be used for flavoprotein immobilization.
• Apo flavoenzymes were immobilized through binding to the immobilized flavin cofactor and retained full activity.
• Immobilization of flavoenzymes via their flavin cofactor can be a generic approach for flavoenzyme applications.

A generic approach for flavoenzyme immobilization was developed in which the flavin cofactor is used for anchoring enzymes onto the carrier. It exploits the tight binding of flavin cofactors to their target apo proteins. The method was tested for phenylacetone monooxygenase (PAMO) which is a well-studied and industrially interesting biocatalyst. Also a fusion protein was tested: PAMO fused to phosphite dehydrogenase (PTDH-PAMO). The employed flavin cofactor derivative, N6-(6-carboxyhexyl)-FAD succinimidylester (FAD*), was covalently anchored to agarose beads and served for apo enzyme immobilization by their reconstitution into holo enzymes. The thus immobilized enzymes retained their activity and remained active after several rounds of catalysis. For both tested enzymes, the generated agarose beads contained 3 U per g of dry resin. Notably, FAD-immobilized PAMO was found to be more thermostable (40% activity after 1 h at 60 °C) when compared to PAMO in solution (no activity detected after 1 h at 60 °C). The FAD-decorated agarose material could be easily recycled allowing multiple rounds of immobilization. This method allows an efficient and selective immobilization of flavoproteins via the FAD flavin cofactor onto a recyclable carrier.