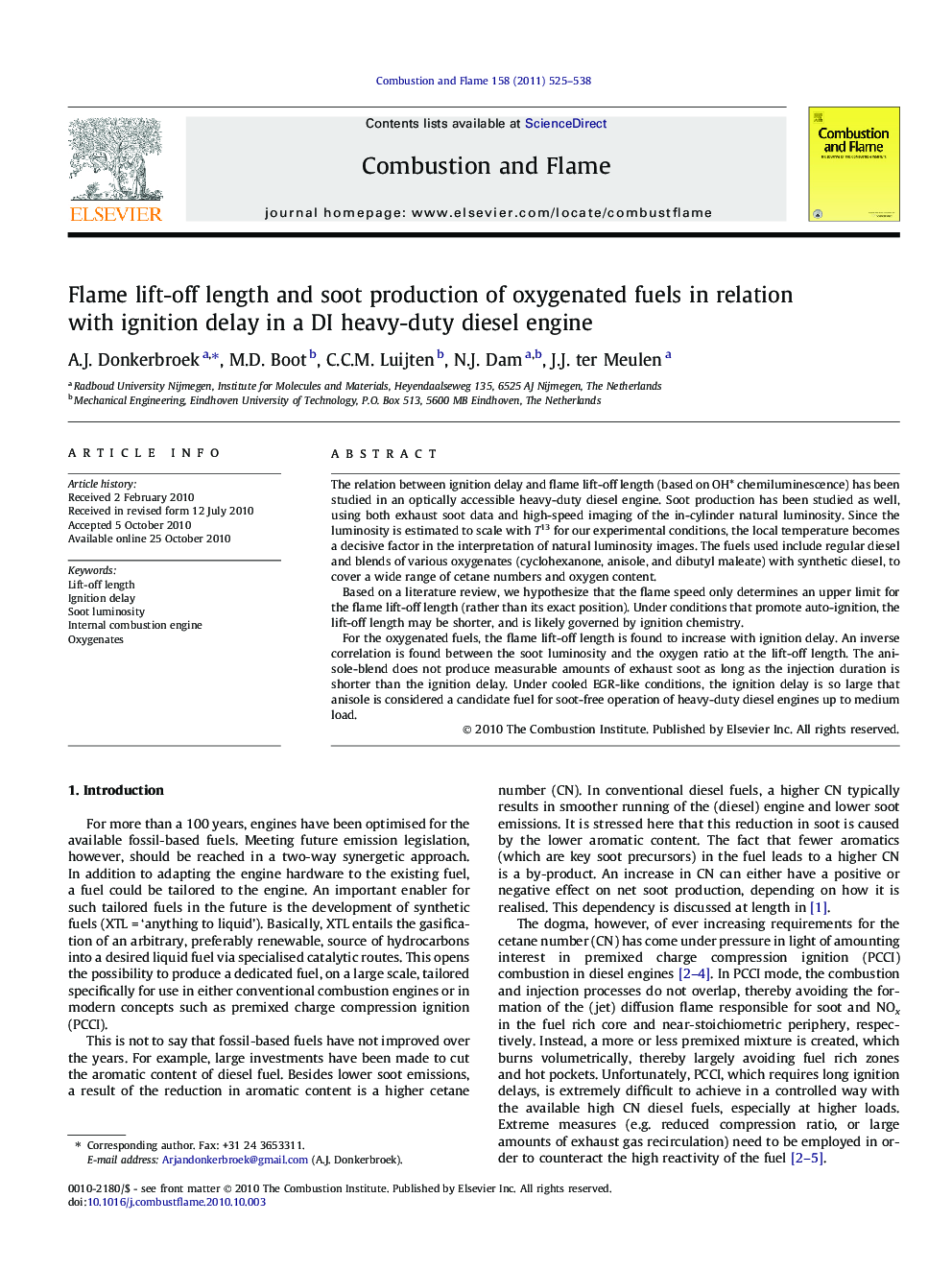 The relation between ignition delay and flame lift-off length (based on OH* chemiluminescence) has been studied in an optically accessible heavy-duty diesel engine. Soot production has been studied as well, using both exhaust soot data and high-speed imaging of the in-cylinder natural luminosity. Since the luminosity is estimated to scale with T13 for our experimental conditions, the local temperature becomes a decisive factor in the interpretation of natural luminosity images. The fuels used include regular diesel and blends of various oxygenates (cyclohexanone, anisole, and dibutyl maleate) with synthetic diesel, to cover a wide range of cetane numbers and oxygen content.Based on a literature review, we hypothesize that the flame speed only determines an upper limit for the flame lift-off length (rather than its exact position). Under conditions that promote auto-ignition, the lift-off length may be shorter, and is likely governed by ignition chemistry.For the oxygenated fuels, the flame lift-off length is found to increase with ignition delay. An inverse correlation is found between the soot luminosity and the oxygen ratio at the lift-off length. The anisole-blend does not produce measurable amounts of exhaust soot as long as the injection duration is shorter than the ignition delay. Under cooled EGR-like conditions, the ignition delay is so large that anisole is considered a candidate fuel for soot-free operation of heavy-duty diesel engines up to medium load.