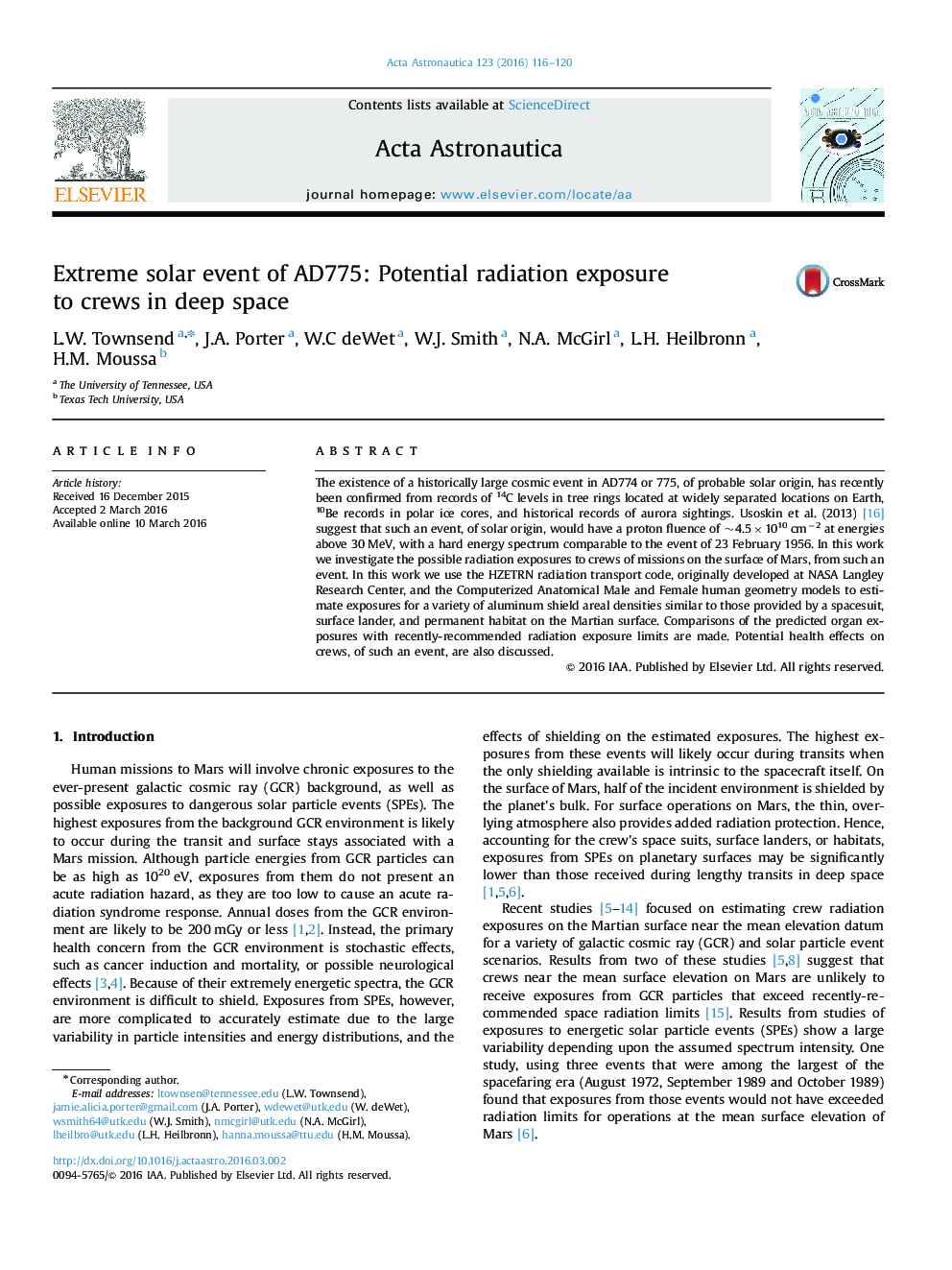 • Organ dose estimates for crews from an AD774 type event exceed limits at all elevations on Mars.
• Acute radiation syndrome effects are likely at all elevations.
• Career effective dose limits are also exceeded at all altitudes – elevated probabilities of developing a fatal cancer.

The existence of a historically large cosmic event in AD774 or 775, of probable solar origin, has recently been confirmed from records of 14C levels in tree rings located at widely separated locations on Earth, 10Be records in polar ice cores, and historical records of aurora sightings. Usoskin et al. (2013) [16] suggest that such an event, of solar origin, would have a proton fluence of ~4.5×1010 cm−2 at energies above 30 MeV, with a hard energy spectrum comparable to the event of 23 February 1956. In this work we investigate the possible radiation exposures to crews of missions on the surface of Mars, from such an event. In this work we use the HZETRN radiation transport code, originally developed at NASA Langley Research Center, and the Computerized Anatomical Male and Female human geometry models to estimate exposures for a variety of aluminum shield areal densities similar to those provided by a spacesuit, surface lander, and permanent habitat on the Martian surface. Comparisons of the predicted organ exposures with recently-recommended radiation exposure limits are made. Potential health effects on crews, of such an event, are also discussed.