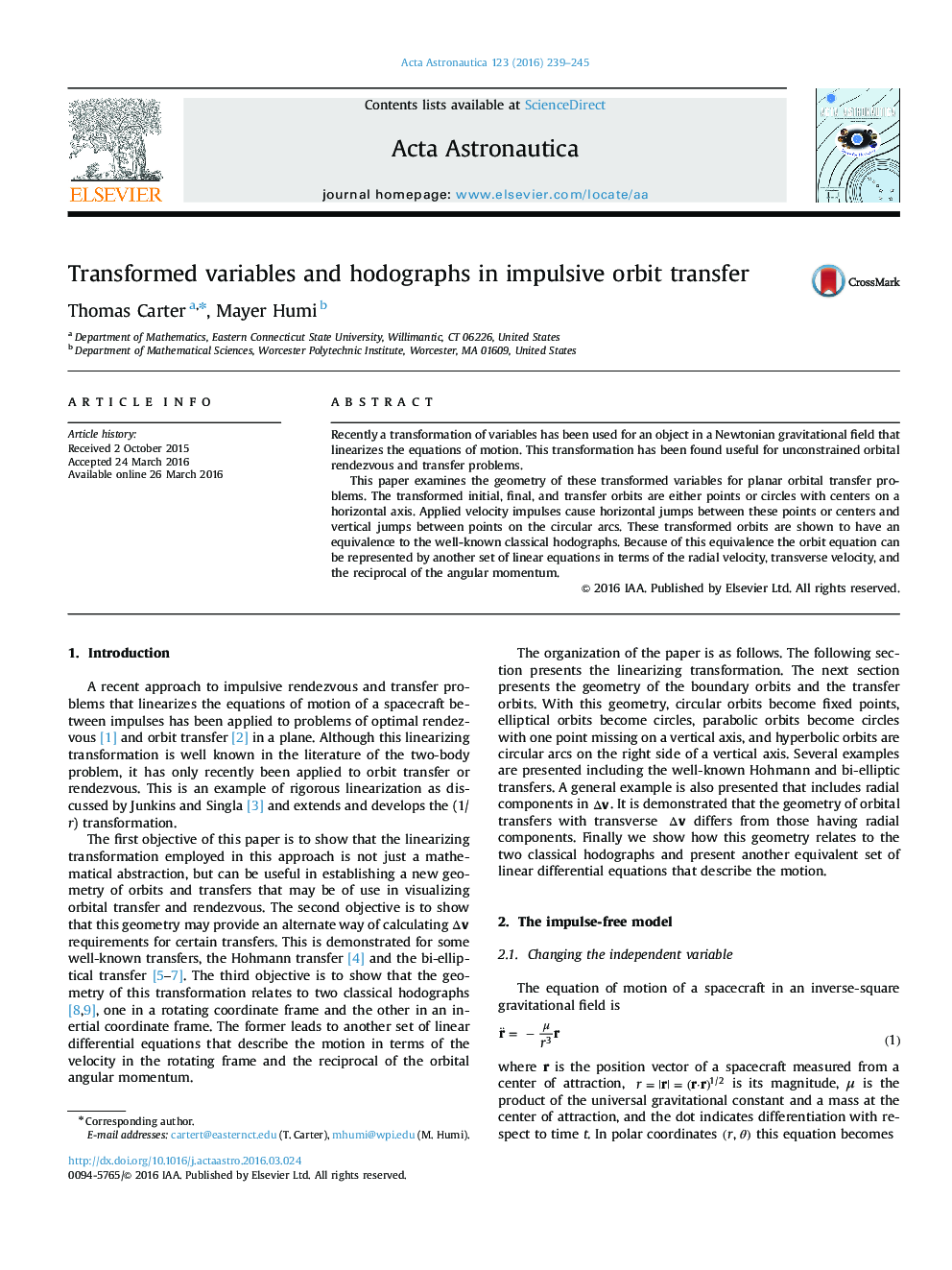 • A certain transformation of variables can be useful for Keplerian orbits.
• These orbits become circular under this transformation.
• Velocity impulses cause horizontal or vertical jumps involving these circles.
• The transformed orbits are shown to be equivalent to the classical hodographs.
• This equivalence establishes a duality with the original transformed equations.

Recently a transformation of variables has been used for an object in a Newtonian gravitational field that linearizes the equations of motion. This transformation has been found useful for unconstrained orbital rendezvous and transfer problems.This paper examines the geometry of these transformed variables for planar orbital transfer problems. The transformed initial, final, and transfer orbits are either points or circles with centers on a horizontal axis. Applied velocity impulses cause horizontal jumps between these points or centers and vertical jumps between points on the circular arcs. These transformed orbits are shown to have an equivalence to the well-known classical hodographs. Because of this equivalence the orbit equation can be represented by another set of linear equations in terms of the radial velocity, transverse velocity, and the reciprocal of the angular momentum.