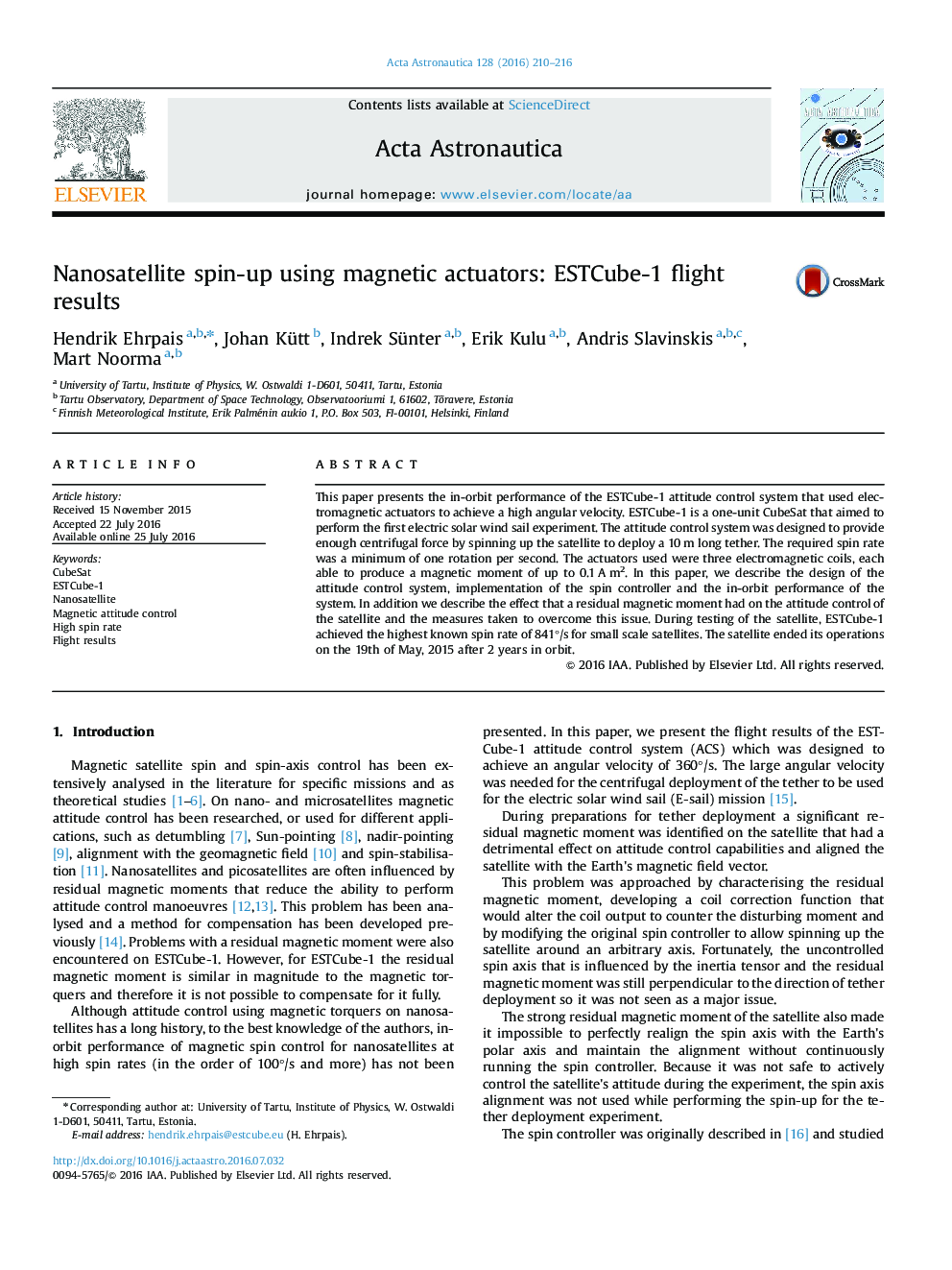 This paper presents the in-orbit performance of the ESTCube-1 attitude control system that used electromagnetic actuators to achieve a high angular velocity. ESTCube-1 is a one-unit CubeSat that aimed to perform the first electric solar wind sail experiment. The attitude control system was designed to provide enough centrifugal force by spinning up the satellite to deploy a 10 m long tether. The required spin rate was a minimum of one rotation per second. The actuators used were three electromagnetic coils, each able to produce a magnetic moment of up to 0.1 A m2. In this paper, we describe the design of the attitude control system, implementation of the spin controller and the in-orbit performance of the system. In addition we describe the effect that a residual magnetic moment had on the attitude control of the satellite and the measures taken to overcome this issue. During testing of the satellite, ESTCube-1 achieved the highest known spin rate of 841°/s for small scale satellites. The satellite ended its operations on the 19th of May, 2015 after 2 years in orbit.