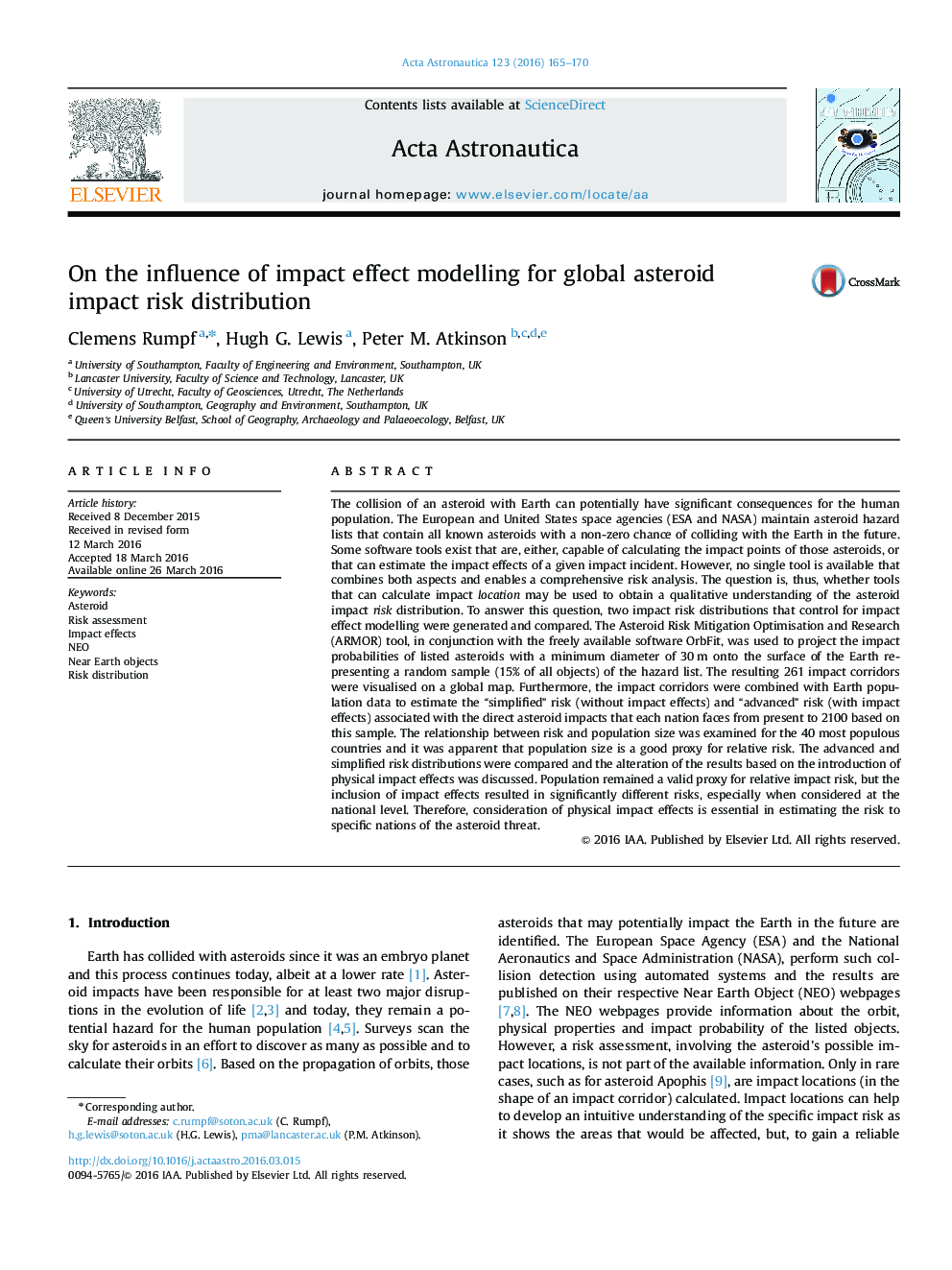 The collision of an asteroid with Earth can potentially have significant consequences for the human population. The European and United States space agencies (ESA and NASA) maintain asteroid hazard lists that contain all known asteroids with a non-zero chance of colliding with the Earth in the future. Some software tools exist that are, either, capable of calculating the impact points of those asteroids, or that can estimate the impact effects of a given impact incident. However, no single tool is available that combines both aspects and enables a comprehensive risk analysis. The question is, thus, whether tools that can calculate impact location may be used to obtain a qualitative understanding of the asteroid impact risk distribution. To answer this question, two impact risk distributions that control for impact effect modelling were generated and compared. The Asteroid Risk Mitigation Optimisation and Research (ARMOR) tool, in conjunction with the freely available software OrbFit, was used to project the impact probabilities of listed asteroids with a minimum diameter of 30 m onto the surface of the Earth representing a random sample (15% of all objects) of the hazard list. The resulting 261 impact corridors were visualised on a global map. Furthermore, the impact corridors were combined with Earth population data to estimate the “simplified” risk (without impact effects) and “advanced” risk (with impact effects) associated with the direct asteroid impacts that each nation faces from present to 2100 based on this sample. The relationship between risk and population size was examined for the 40 most populous countries and it was apparent that population size is a good proxy for relative risk. The advanced and simplified risk distributions were compared and the alteration of the results based on the introduction of physical impact effects was discussed. Population remained a valid proxy for relative impact risk, but the inclusion of impact effects resulted in significantly different risks, especially when considered at the national level. Therefore, consideration of physical impact effects is essential in estimating the risk to specific nations of the asteroid threat.