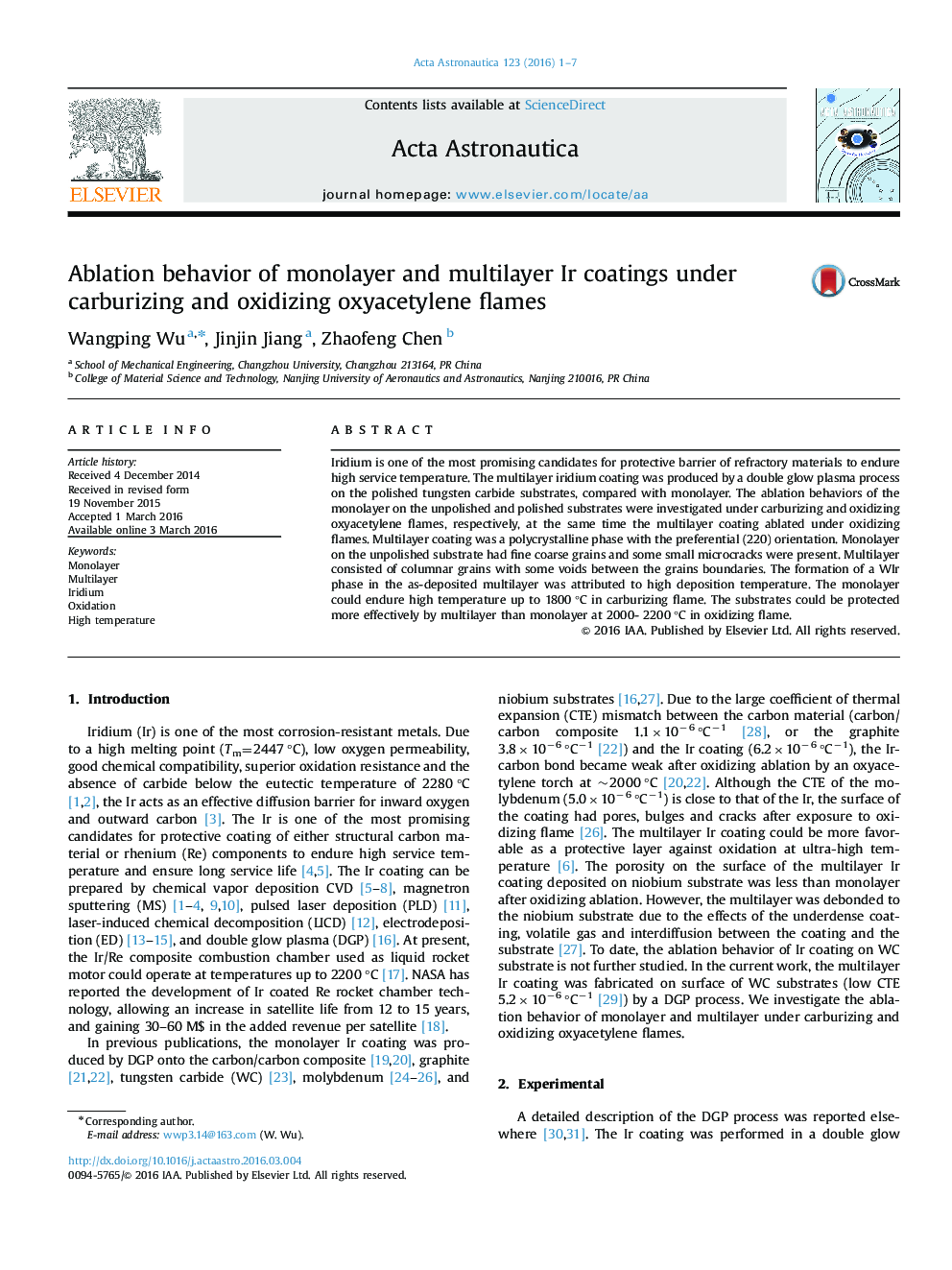 • Multilayer Ir coating was obtained by double glow plasma on WC substrates.
• Multilayer had columnar grains with some voids between grain boundaries.
• The coatings were ablated in carburizing and oxidizing oxyacetylene flames.
• The substrates were protected more effectively by multilayer than monolayer.

Iridium is one of the most promising candidates for protective barrier of refractory materials to endure high service temperature. The multilayer iridium coating was produced by a double glow plasma process on the polished tungsten carbide substrates, compared with monolayer. The ablation behaviors of the monolayer on the unpolished and polished substrates were investigated under carburizing and oxidizing oxyacetylene flames, respectively, at the same time the multilayer coating ablated under oxidizing flames. Multilayer coating was a polycrystalline phase with the preferential (220) orientation. Monolayer on the unpolished substrate had fine coarse grains and some small microcracks were present. Multilayer consisted of columnar grains with some voids between the grains boundaries. The formation of a WIr phase in the as-deposited multilayer was attributed to high deposition temperature. The monolayer could endure high temperature up to 1800 °C in carburizing flame. The substrates could be protected more effectively by multilayer than monolayer at 2000- 2200 °C in oxidizing flame.