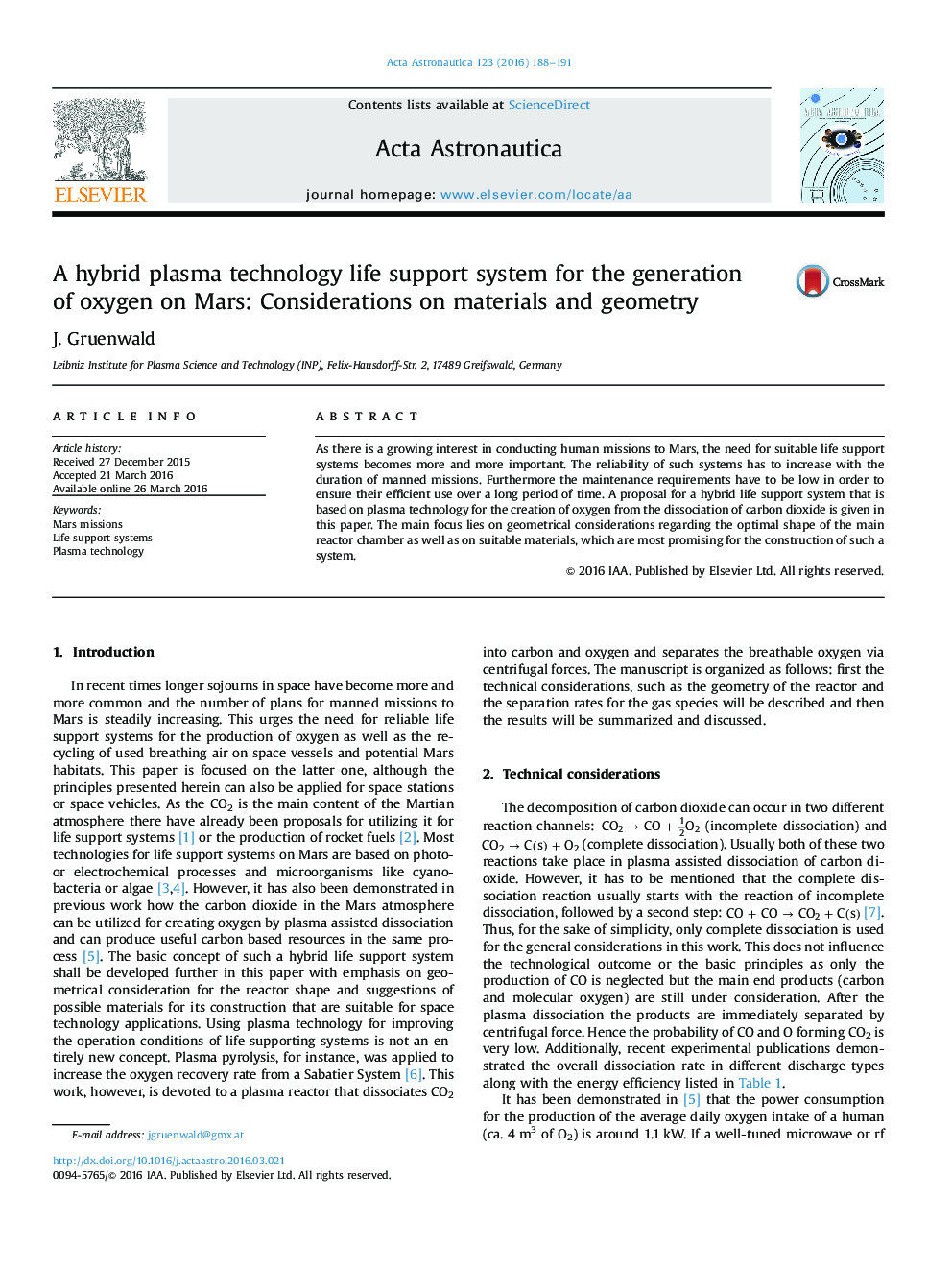 • A plasma technology based life support system for space exploration is presented.
• It is demonstrated that large quantities of oxygen are produced by plasma dissociation of CO2.
• The separation of carbon dioxide and oxygen is achieved by centrifugal force.
• It is argued that the optimal geometry for such a life support reactor is ellipsoidal.

As there is a growing interest in conducting human missions to Mars, the need for suitable life support systems becomes more and more important. The reliability of such systems has to increase with the duration of manned missions. Furthermore the maintenance requirements have to be low in order to ensure their efficient use over a long period of time. A proposal for a hybrid life support system that is based on plasma technology for the creation of oxygen from the dissociation of carbon dioxide is given in this paper. The main focus lies on geometrical considerations regarding the optimal shape of the main reactor chamber as well as on suitable materials, which are most promising for the construction of such a system.