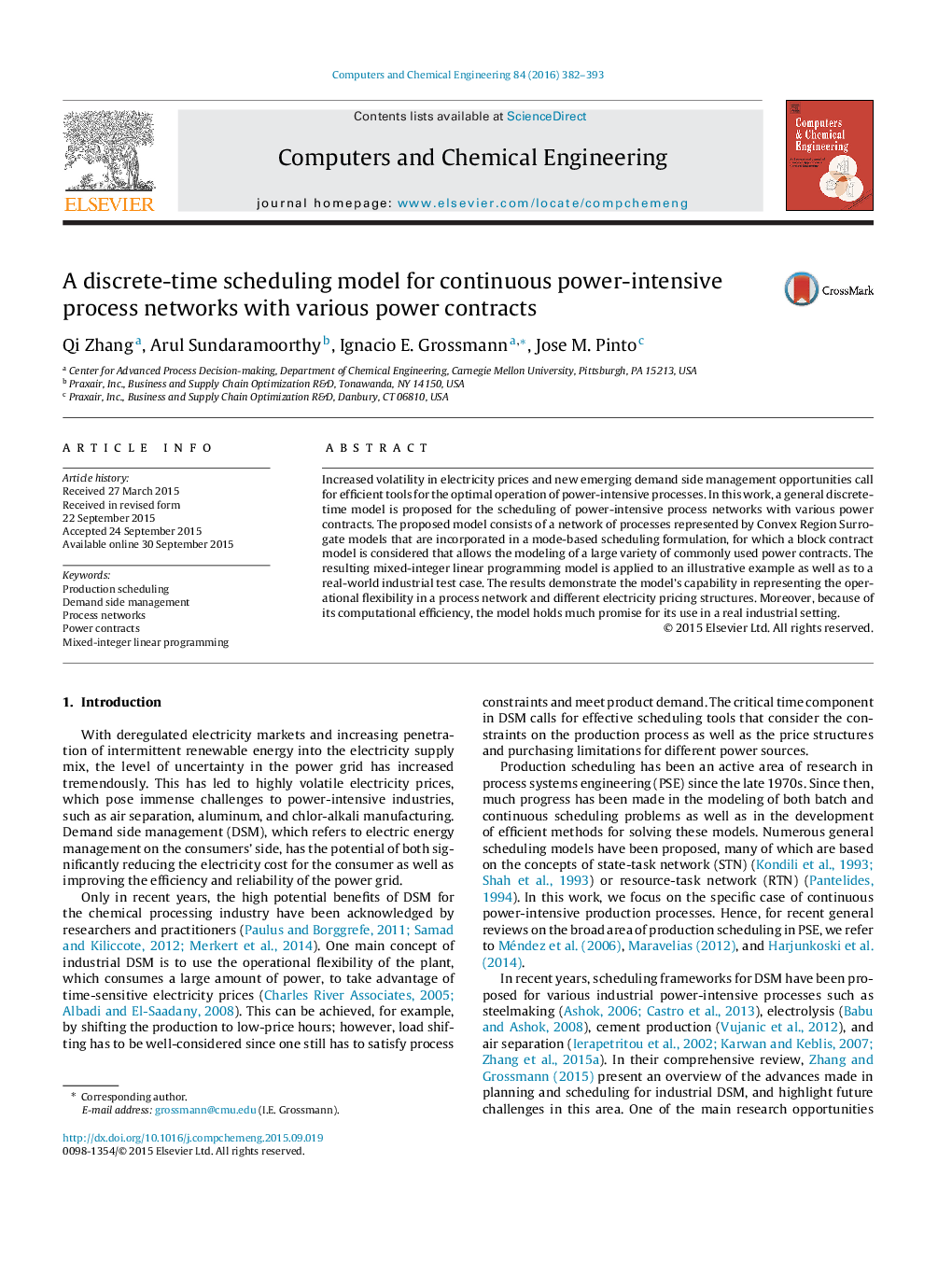 • Discrete-time scheduling model based on the concept of operating modes.
• Efficient representation of each process by Convex Region Surrogate models.
• Considers interaction between different processes in the network.
• Block contract formulation for the modeling of common power contracts.
• With proposed MILP model, large-scale industrial problems are solved within minutes.

Increased volatility in electricity prices and new emerging demand side management opportunities call for efficient tools for the optimal operation of power-intensive processes. In this work, a general discrete-time model is proposed for the scheduling of power-intensive process networks with various power contracts. The proposed model consists of a network of processes represented by Convex Region Surrogate models that are incorporated in a mode-based scheduling formulation, for which a block contract model is considered that allows the modeling of a large variety of commonly used power contracts. The resulting mixed-integer linear programming model is applied to an illustrative example as well as to a real-world industrial test case. The results demonstrate the model's capability in representing the operational flexibility in a process network and different electricity pricing structures. Moreover, because of its computational efficiency, the model holds much promise for its use in a real industrial setting.