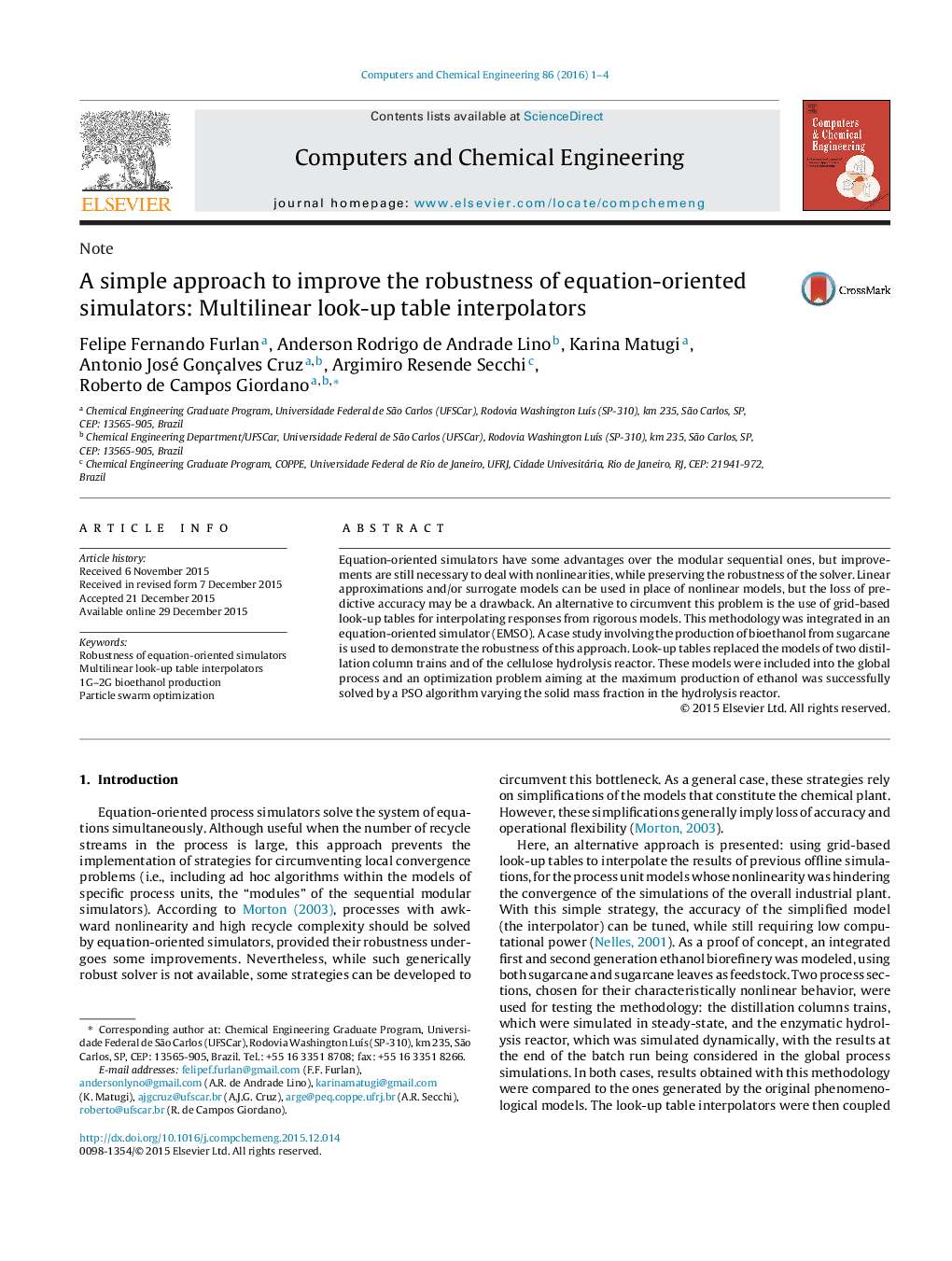 • A methodology using look-up tables in equation-oriented simulators is proposed.
• Nonlinear rigorous models replaced by look-up tables.
• Two distillation column trains and a hydrolysis reactor were chosen as examples.
• The accuracy of the look-up tables reached the imposed threshold.
• A bioethanol plant was successfully optimized using the methodology.

Equation-oriented simulators have some advantages over the modular sequential ones, but improvements are still necessary to deal with nonlinearities, while preserving the robustness of the solver. Linear approximations and/or surrogate models can be used in place of nonlinear models, but the loss of predictive accuracy may be a drawback. An alternative to circumvent this problem is the use of grid-based look-up tables for interpolating responses from rigorous models. This methodology was integrated in an equation-oriented simulator (EMSO). A case study involving the production of bioethanol from sugarcane is used to demonstrate the robustness of this approach. Look-up tables replaced the models of two distillation column trains and of the cellulose hydrolysis reactor. These models were included into the global process and an optimization problem aiming at the maximum production of ethanol was successfully solved by a PSO algorithm varying the solid mass fraction in the hydrolysis reactor.